Chevy Traverse national supply was at a mere four days at the beginning of May 2022, GM Authority has learned from sources familiar with GM’s inventory situation. In fact, there were only 937 units on the ground at U.S. dealers and 7,530 units in transit. Scarcity at dealer lots is the result of Traverse production being idled throughout periods of the 2021 and 2022 calendar years.

This four-day supply is the same as in March 2022 and even back in January 2022 as well as December 2021, which was down from 11 days supply in November 2021. That was up from six days at the beginning of October 2021, which was up from a nearly non-existent two days supply at the beginning of August 2021. As a reminder, the optimal figure for the U.S. auto industry is 60 days.

The extremely low supply of the Chevy Traverse is the result of the GM Lansing Delta Township plant that produces the Traverse being idled on July 19th, 2021 due to the global semiconductor microchip shortage. From there, restarts in Traverse production continued getting pushed back throughout 2021, with the changeover to the 2022 model year production taking place the week of October 25th. However, production was idled again after the start of the new year, on January 3rd, 2022 as GM prepared the plant to build the next-gen GMC Acadia at the facility. 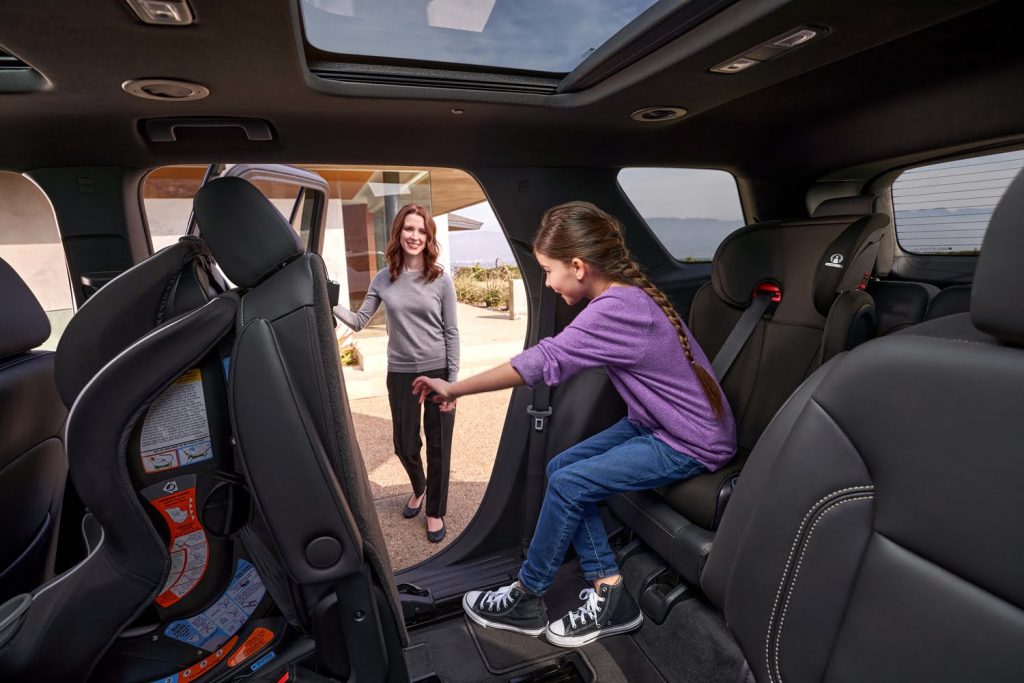 Chevy Traverse sales continue to suffer as a result of ongoing inventory shortages stemming from the aforementioned production delays. Traverse sales fell 38 percent to 23,464 units during the first quarter of 2022, placing fourth among nearly a dozen entries with a nine percent segment share, down three percentage points. That resulted in the Bow Tie’s full-size crossover underperforming the segment, which contracted 19 percent to 262,535 units during Q1 2022.

It’s also worth noting that GM initially planned to refresh the Chevy Traverse for the 2021 model year, but delayed the launch of the updated model due to complications brought about by the coronavirus pandemic. The refreshed model features various updates to the exterior such as restyled front and rear fascias, three new exterior colors, and several new wheel designs. 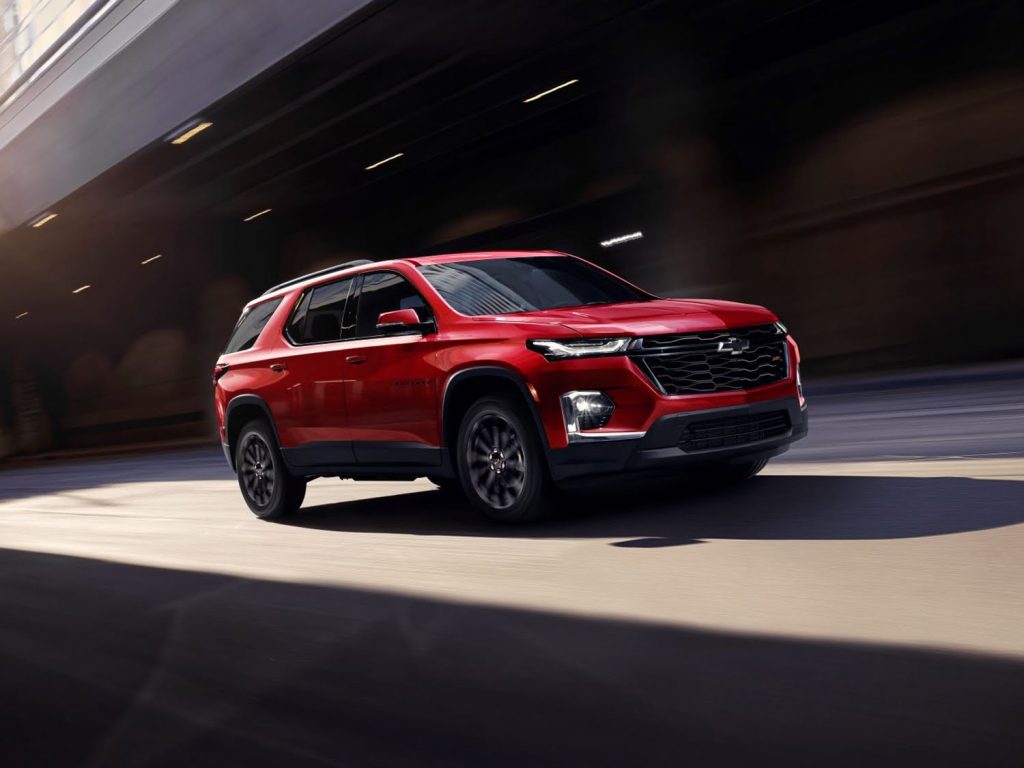 The all-new front fascia of the 2022 Chevy Traverse consists of a new grille and a set of standard LED daytime running lights (DRLs) and turn signals, which can be seen as the thin headlights on either side of the grille. Below them are the vehicle’s primary forward lighting elements (the actual headlights). The design motif takes after the 2019 Chevy Blazer, which the Bow Tie brand previously stated would inspire the design of all of Chevy utilities. The 2022 Traverse also gained a set of revised LED taillights that give it a more modern appearance. 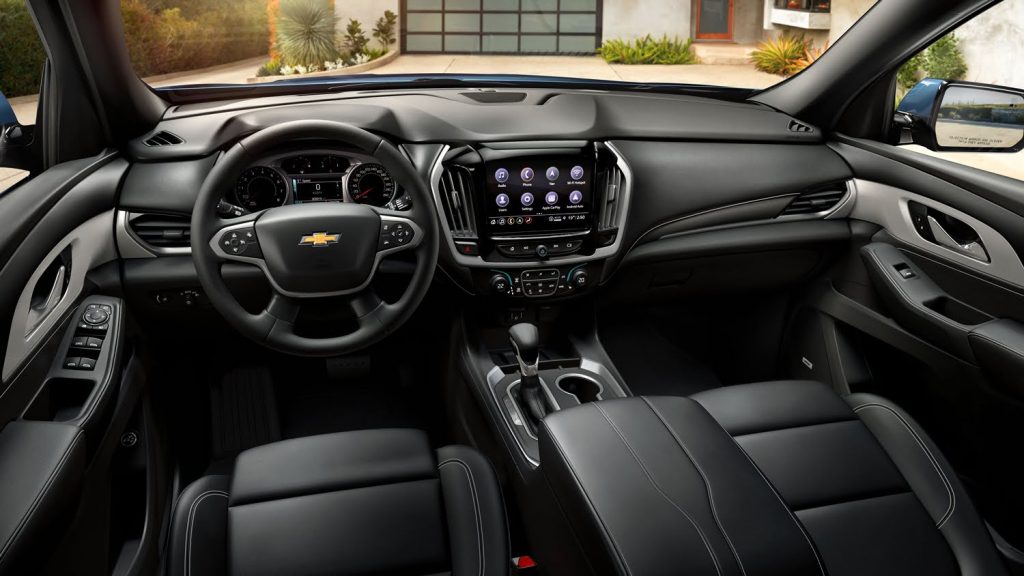 What’s more, the base L trim level of the Traverse has been dropped, making the LS the new base model. Finally, the Redline Edition package will be offered on the 2022 Chevy Traverse as it was for the 2021 model year, available exclusively on the Premier trim level. 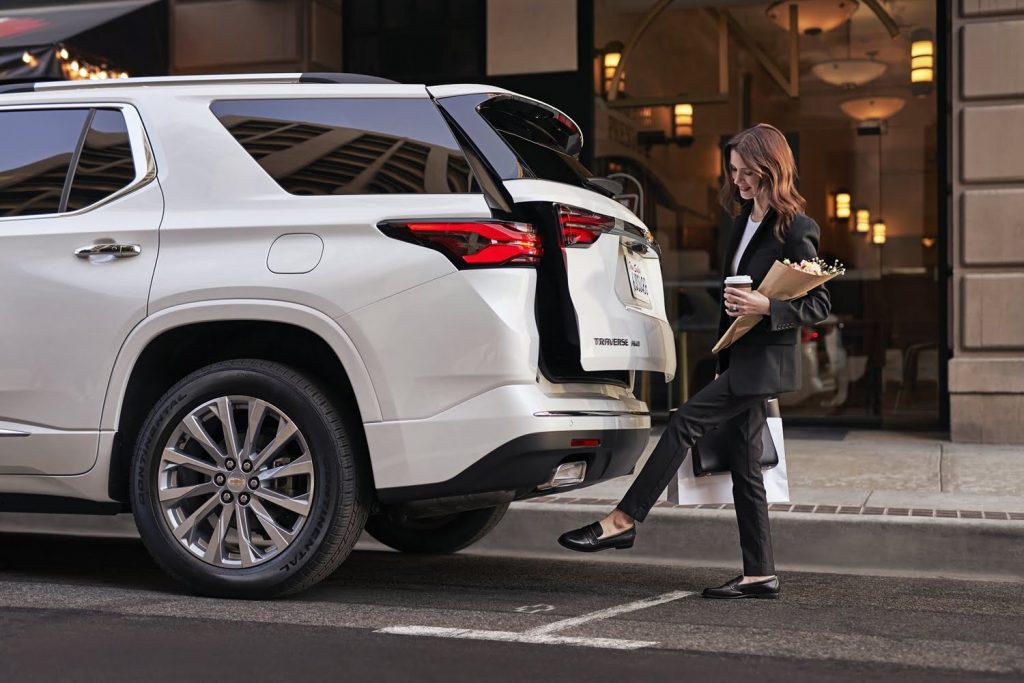 All versions of the large, three-row crossover utility are powered by the same naturally-aspirated 3.6 V6 LFY engine producing 310 horsepower and 266 pound-feet of torque. GM’s 9-speed automatic transmission and front-wheel drive are standard, while all-wheel drive is optional.

According to GM Authority sources, production of the 2023 Chevy Traverse is slated to kick off on June 6th, 2022.