Chevy Trax sales decreased in the United States, Canada, South Korea, and Mexico during the first quarter of 2022.

Chevy Trax sales during the first quarter of 2022 place the Bow Tie’s subcompact crossover in 15th place among 20 entries. The Honda HR-V led the pack once again, with a 61 percent increase in sales volume to 42,168 units, while the Jeep Compass took second with a 22 percent increase to 24,408 units. The Nissan Kicks placed third with a 16 percent drop to 20,577 while the Trax’s corporate cousin, the Chevy Trailblazer (see running Chevy Trailblazer sales), took 12th place with a 66 percent drop to 8,606 units. The Trax took 15th place, also with a 66 percent decline in sales to 5,801 units.

The four GM vehicles in the mainstream subcompact crossover segment – the Chevrolet Trax and Buick Encore, as well as their corporate cousins, the Chevrolet Trailblazer and Buick Encore GX – accounted for a cumulative 22,409 deliveries, good for 10 percent segment share. This puts The General in third place in the segment from an overall volume standpoint.

Toyota recently launched a new model, the Corolla Cross, to compete in the mainstream B-crossover segment. The Corolla Cross will likely end up replacing the C-HR, which has performed poorly from a sales volume standpoint since its launch. During the first quarter, Toyota saw a combined 14,412 sales of the two crossovers that it currently fields.

However, a strong argument can be made that the Kia Soul is not part of the segment in question, but rather competes one segment below based on its size and price point. Removing the Soul from the Hyundai-Kia total nets 42,430 deliveries for a combined 14 percent segment share, placing the Hyundai-Kia chaebol in second place.

Chevy Trax sales fell substantially year-over-year, but improved over the preceding quarter, outselling the two Buick entries. Nevertheless, the Bow Tie brand’s subcompact crossover will soon be discontinued. GM Authority was first to report that GM will drop the Chevy Trax from its lineup after the 2022 model year, a fate that is also awaiting the Buick Encore. Recently, however, GM confirmed it will release an all-new Chevy Trax later this year. The new model will be the Chevy crossover coupe about which GM Authority exclusively reported earlier this year.

A rendering of the upcoming 2023 Chevy Trax Coupe Crossover

We expect sales of the Trax to improve considerably once the all-new crossover coupe model launches and inventory improves. Until then, sales will continue dwindling as GM winds down production of the current Trax.

Meanwhile, Chevy is still going full speed ahead with plans for an all-electric future. The Bow Tie brand already offers the refreshed Chevy Bolt EV and its slightly larger cousin, the Chevy Bolt EUV. Incidentally, the Bolt EV is similar in size to the current Trax. 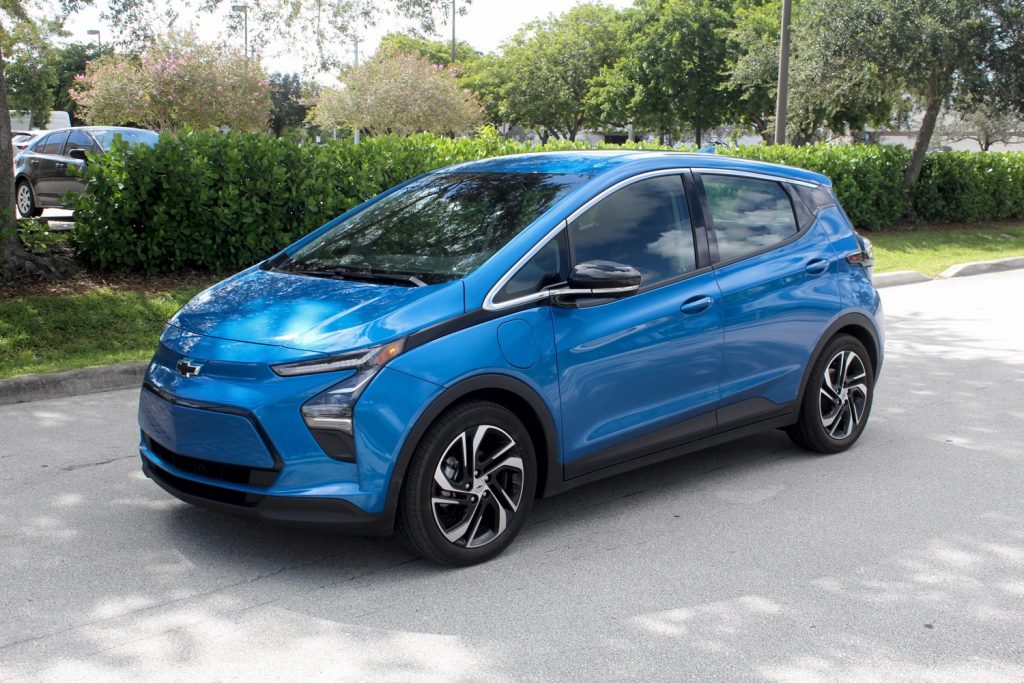 On the way is the first-ever 2024 Chevy Equinox EV. In fact, GM recently teased the 2024 Equinox EV interior in a video. This new model will follow an all-electric 2024 Chevy Blazer SS, which will be the “first Chevy EV to feature a performance SS model,” the automaker said in its initial teaser of the 2024 Blazer SS.