We’re watching this GM versus Ford drag race battle as a 2012 Cadillac CTS-V wagon lines up alongside a 1992 Ford Mustang 5.0 Fox Body for a heads-up sprint to the finish. Both machines are tuned and upgraded for more performance, but which will walk away the winner? 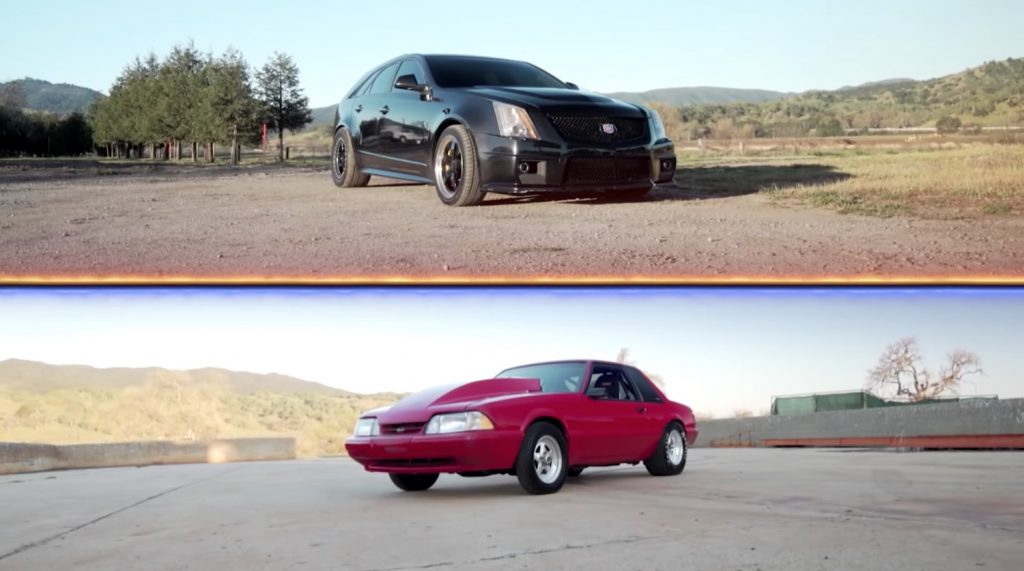 Once again coming to us from the folks at Hoonigan, this drag racing video clocks in at about 13 minutes, and includes walkarounds on both vehicles, as well as a look at what they’re bringing to the table in terms of go-fast gear.

Let’s start with the Cadillac CTS-V wagon, which is running the supercharged LSA V8 engine stuffed with forged internals and boosted by a ported supercharged. Complimentary mods include bigger injectors and a tune for E85, with spent gasses exhaled through a set of Corsa mufflers. The setup is good for a number just shy of 800 horsepower at the wheels. 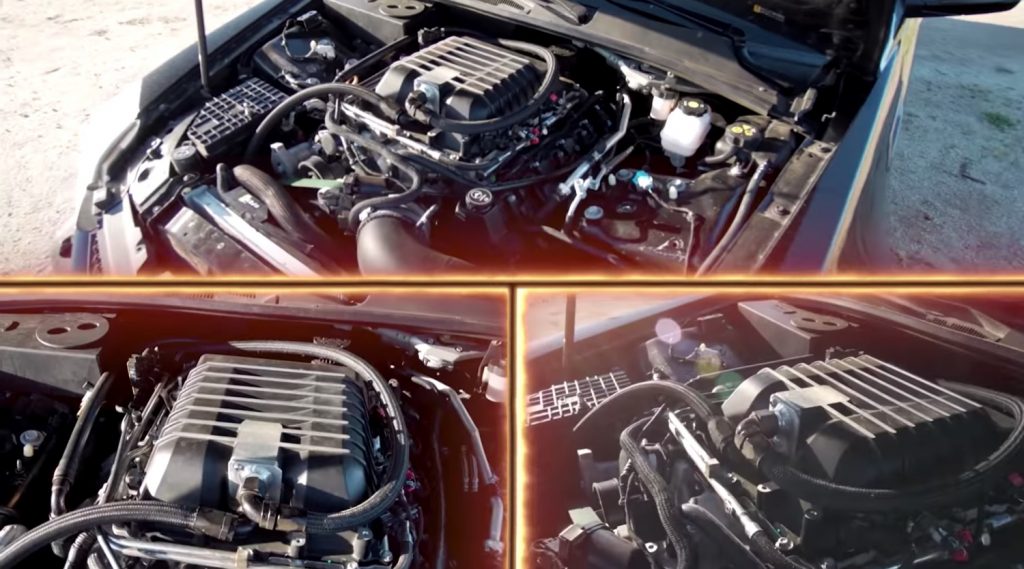 While originally equipped with an automatic transmission, the current owner converted his Cadillac CTS-V wagon to a six-speed manual transmission and upgraded it with a new twin-disc clutch. The exterior is also covered in Black Diamond Tricoat paint, giving it a head-turning aesthetic that matches well with the impressive performance goodies on deck. 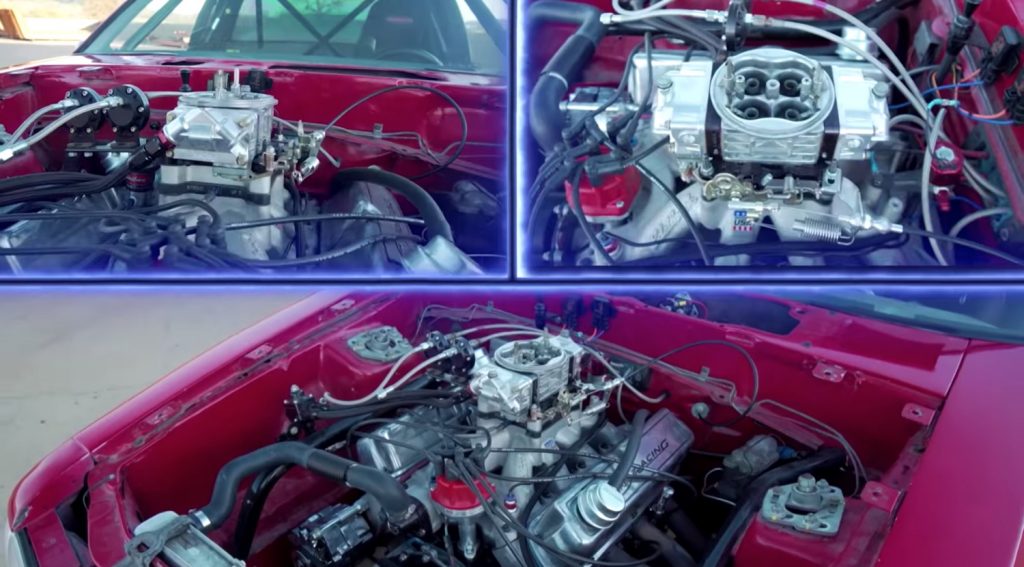 As for the competition, the Cadillac CTS-V wagon will need to outmuscle this red 1992 Ford Mustang 5.0 Fox Body, which is bringing a few tricks of its own. That includes a stroked Small Block Ford V8 displacing a bit over 400 cubic inches and estimated to throw down about 500 horsepower at the wheels. Output is sent to the ground through an 8.8 rear end with 3.73 gears and some substantial Hoosier meats.

While less powerful than the Caddy, the Ford is also significantly lighter, estimated to tip the scales at about 3,000 pounds, as compared to the 4,300-pound CTS-V wagon.

While these two cars make for an interesting pairing, a lot of the race is down to the drivers, especially on the less-than-ideal surface that is this dusty, dirty airstrip. Hit play to see what happens: