Power is plentiful these days, which means we can get some pretty interesting matchups when it comes to racing. Such is the case with the following video, which puts a full drag-spec Chevy Silverado up against a tuned Genesis G70 sedan. 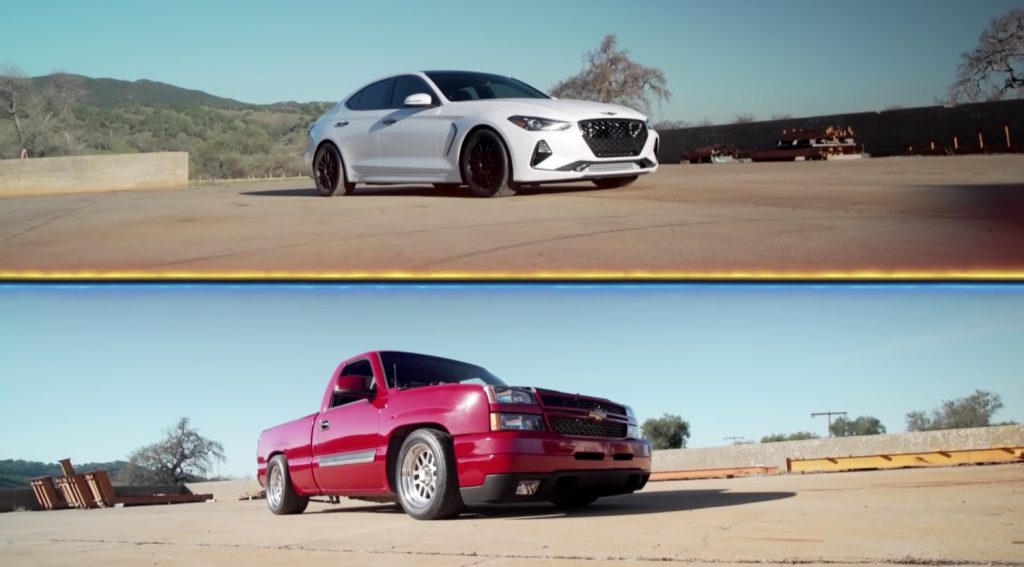 Once again coming to us from the folks at Hoonigan, the video is a bit over 15 minutes long, and includes walkarounds and specs for both vehicles, as well as several runs down the local air strip.

Let’s kick things off with a look at the Chevy Silverado, which hails from Houston, Texas and certainly looks like it’s ready to party. Making it move is a built-and-boosted 370 cubic-inch V8, with PRC cylinder heads and a Hi Ram Holley intake. Peak output is estimated at around 800 to 850 horsepower, all of which is sent to the rear wheels through a built 4L80 automatic transmission. Putting it to the pavement are 315-section Mickey Thompson drag tires. Funny enough, the builders left the Chevy Silverado interior more or less stock, choosing only to remove a few components for less weight. The dash, steering wheel, and seats, however, are all factory units. 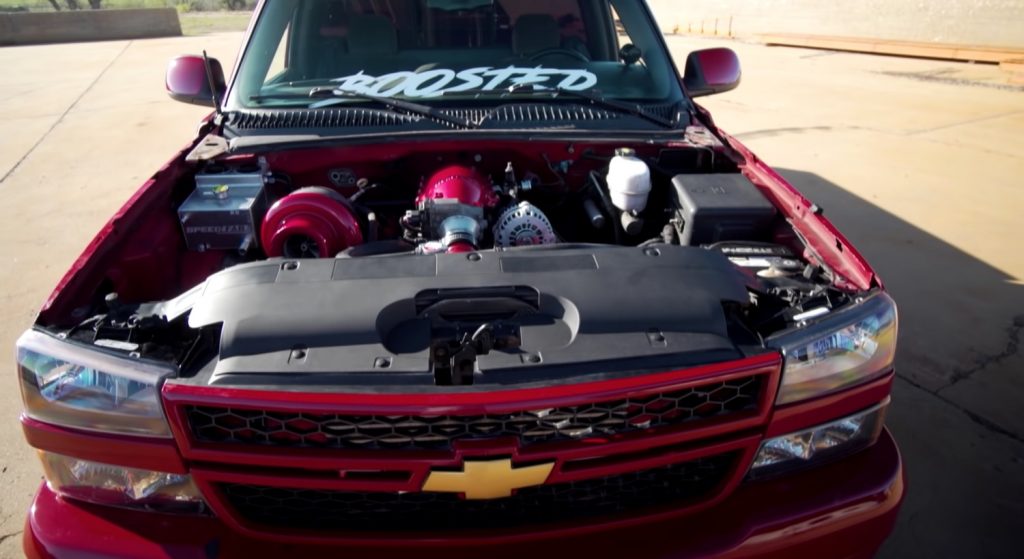 Meanwhile, over in the other lane, we find a 2021 Genesis G70 sedan with a host of upgrades and extras. The main attraction is the twin-turbo 3.3L V6, which is force-fed ethanol. Output is estimated at a bit over 500 horsepower at the wheels, but granted, that’s all-wheel-drive horsepower, with an eight-speed automatic on board for the cog swaps. Despite the upgraded wheel and tire package, there isn’t much to indicate this thing is putting down that kind of power, which likely makes it quite the sleeper for those that don’t know. 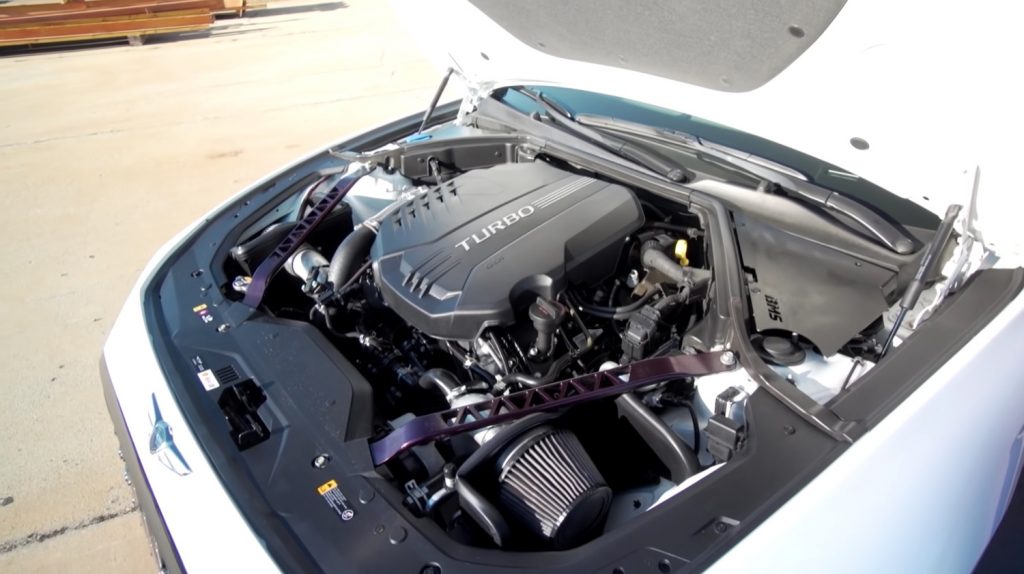 While the Chevy Silverado has the clear power advantage, the bigger issue here is likely gonna be traction, which is where the all-wheel-drive Genesis G70 will shine. The question now, however – who will walk away the winner?