The Chevy Monte Carlo debuted for the 1970 model year. Developed under the watchful eye of Chevrolet General Manager Pete Estes, the Monte Carlo was built on General Motors’ A-Special platform, along with the Pontiac Grand Prix, with an elongated front end that positioned the engine well back from the radiator. The Monte Carlo shared a number of components with the Chevy Chevelle, including the firewall, windshield, decklid, and rear window. The dash was nearly identical to the Chevelle, save for the wood trim. 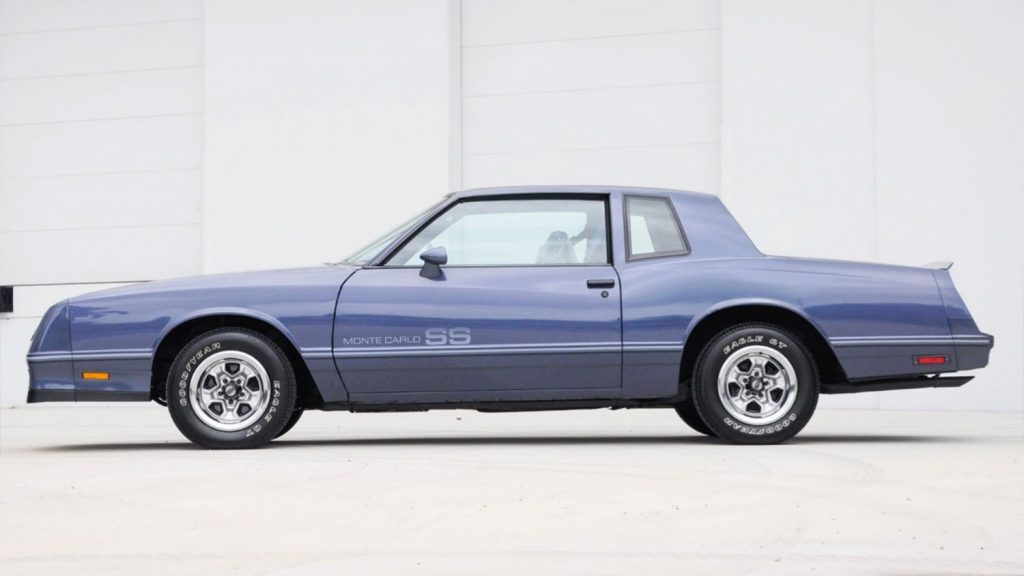 By the mid-1980s, the Chevy Monte Carlo was being built on General Motor’s G-Body platform. The Monte Carlo SS came with a cleaner, monochromatic look, a sportier front fascia, a rear spoiler, and was powered by a 180-horsepower 305 cubic-inch V8 backed by a three-speed automatic transmission. It could be equipped with Strato bucket seats and a center console in place of the standard front bench seat. Monte Carlo SS production totaled 24,050 units for 1984. 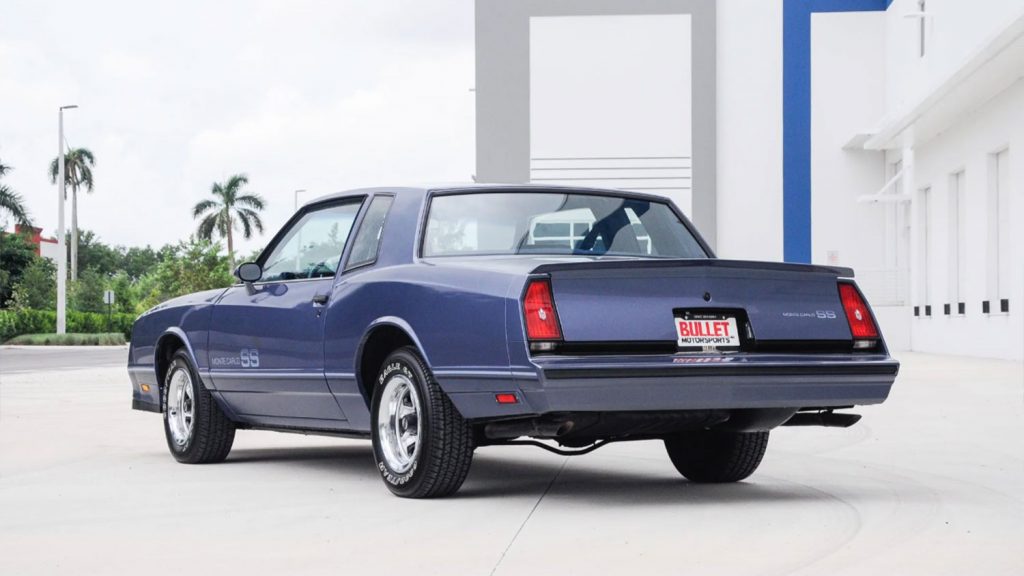 Our feature Chevy Monte Carlo SS has been driven just 424 miles from new. Finished in Medium Dark Royal Blue, the SS has a complementing blue cloth interior. It is equipped with air conditioning, cruise control, a Delco AM/FM/cassette stereo, power steering, power brakes, and is powered by the standard SS 305 V8 backed by the three-speed auto. 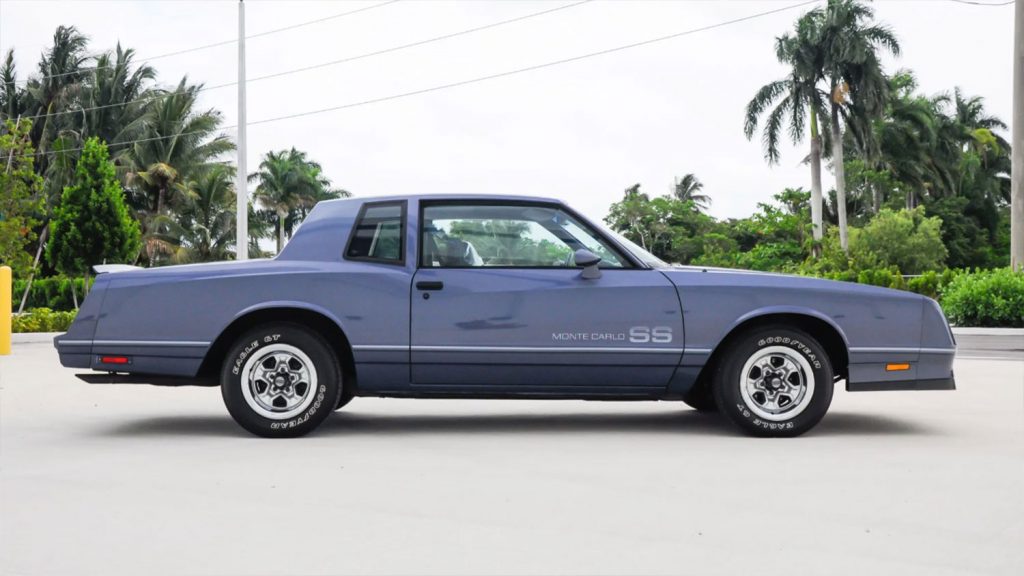 This Chevy Monte Carlo SS retains its factory finish, characterized by the orange peel that was the hallmark of mid-1980s GM paint. There are no signs of corrosion or patina, which would seem to indicate having been stored in a climate controlled garage. Side decals and stripes appear as new. Factory painted fifteen-inch wheels are wrapped in raised white-letter Goodyear Eagle GT tires. Power brakes with vented front discs handle stopping duties. 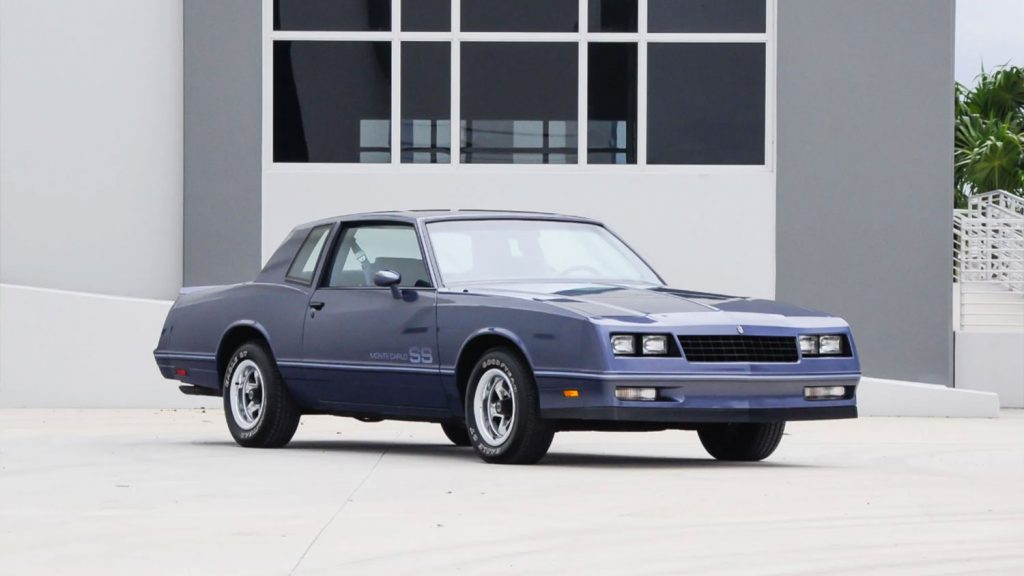 Inside the Monte Carlo SS, the interior shows little sign of age. There are some minor wrinkles to be found, but little else indicates the car’s vintage. The blue cloth Strato bucket seats have blue vinyl backs, and are separated by a center console. Interestingly, this personal luxury car lacks tilt wheel, power windows or power locks. The gauges are still crisp and legible, and the rest of the interior looks close to untouched. The dash shows no cracks or peeling, the carpets are colorfast and stain-free. 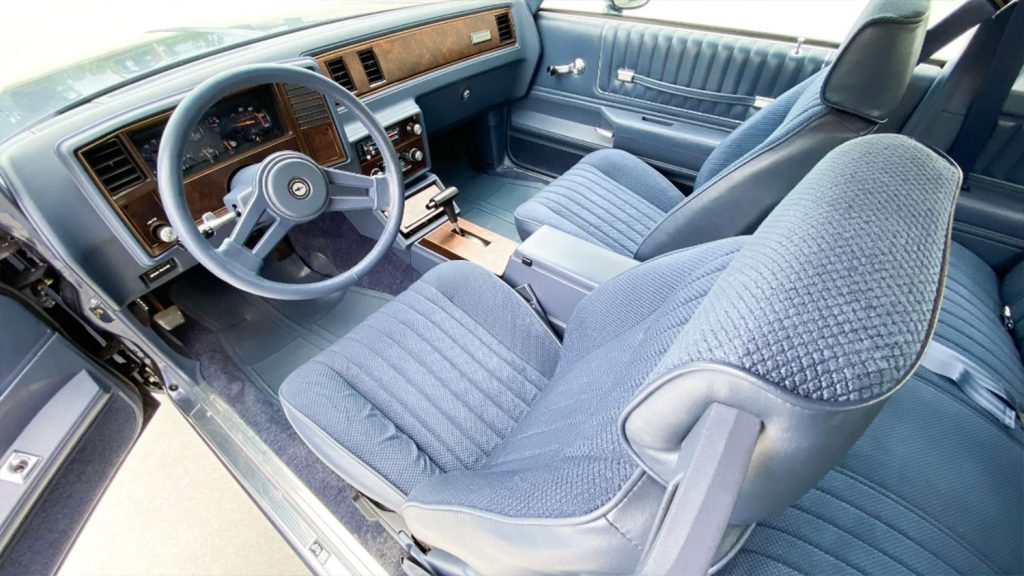 Under the hood of the Monte Carlo SS, the 305 cubic-inch mill is clean, but not overly detailed. It appears much as it would have when you got the car home from the dealership. Everything looks to be original and correct, save for the bargain battery behind the passenger-side headlights. 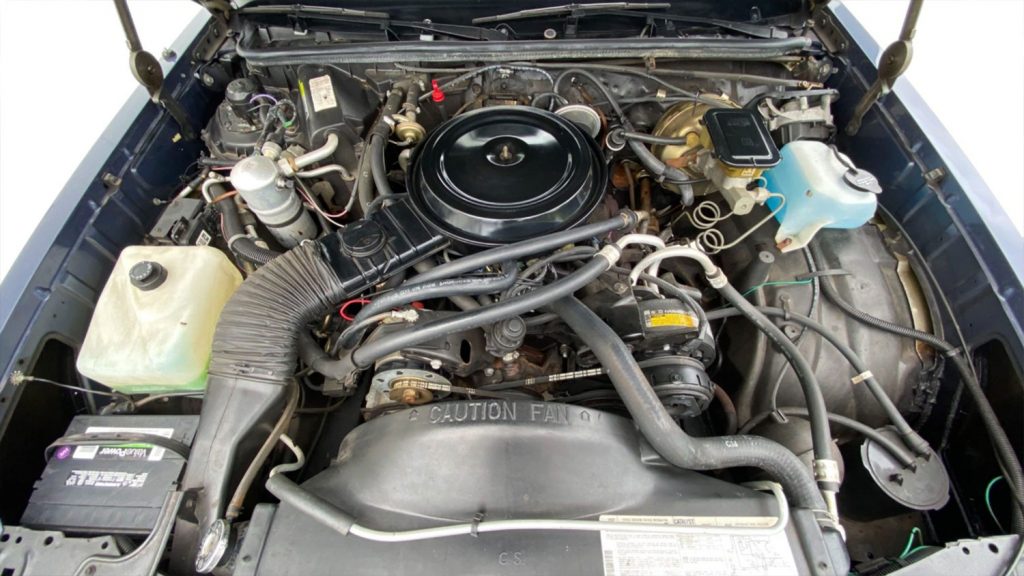 The sale of this Chevy Monte Carlo SS includes manufacturer’s literature, spare parts, dealer documents, a clean Carfax report, and Michigan title. This Monte Carlo is being auctioned on Bring a Trailer, with the sale concluding Friday, May 6th. 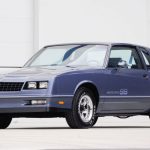 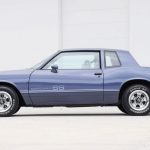 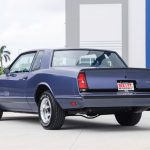 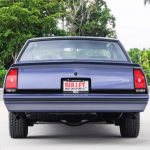 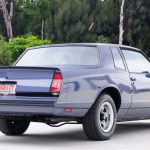 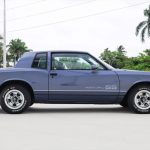 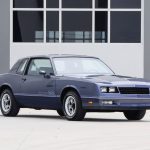 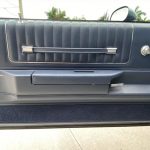 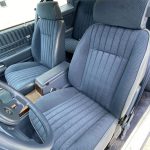 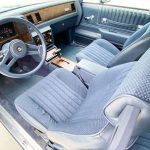 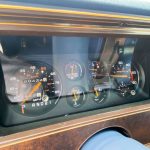 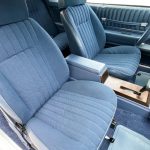 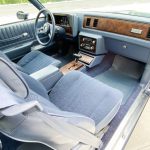 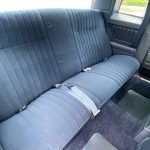 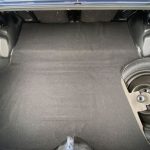 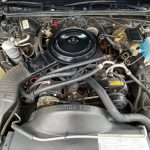