General Motors is ramping up its all-electric vehicle efforts with an array of fresh EV debuts, including the up-and-coming Chevy Equinox EV. Now, General Motors is teasing the new Equinox EV interior with the following brief video. 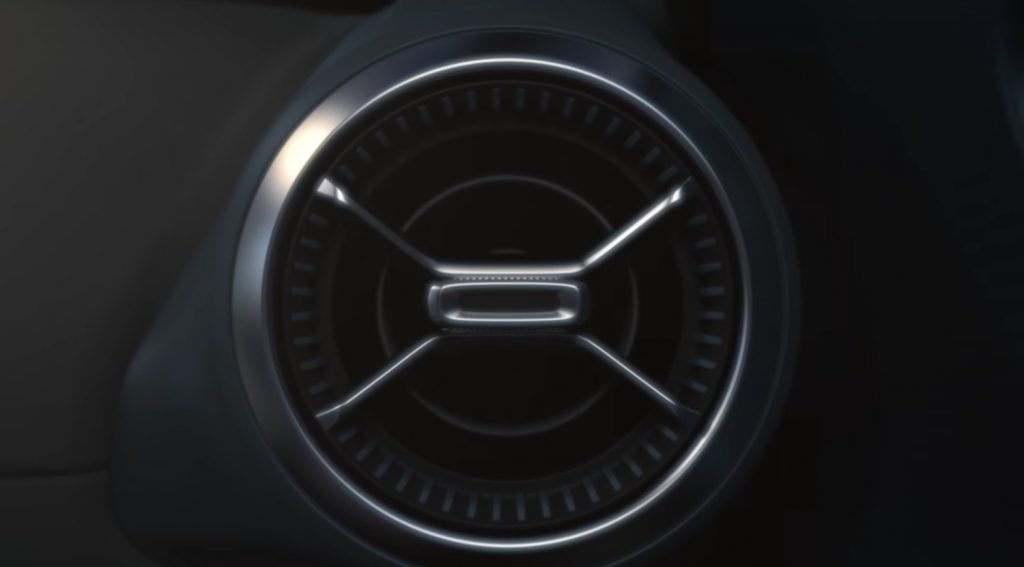 Clocking in at just 30 seconds, the video opens with a shot of the Earth from orbit, which transitions to a shot of the Chevy Equinox EV’s air vent. The vent includes a silver surround and X-shaped inner design. From here, we get a panning shot of the center console and dash, the latter of which includes two large cupholders, more silver trim, and blue upholstery. Under the center console, there’s a large, open space, which appears as though it may offer additional storage, although it’s hard to tell through the shadows. 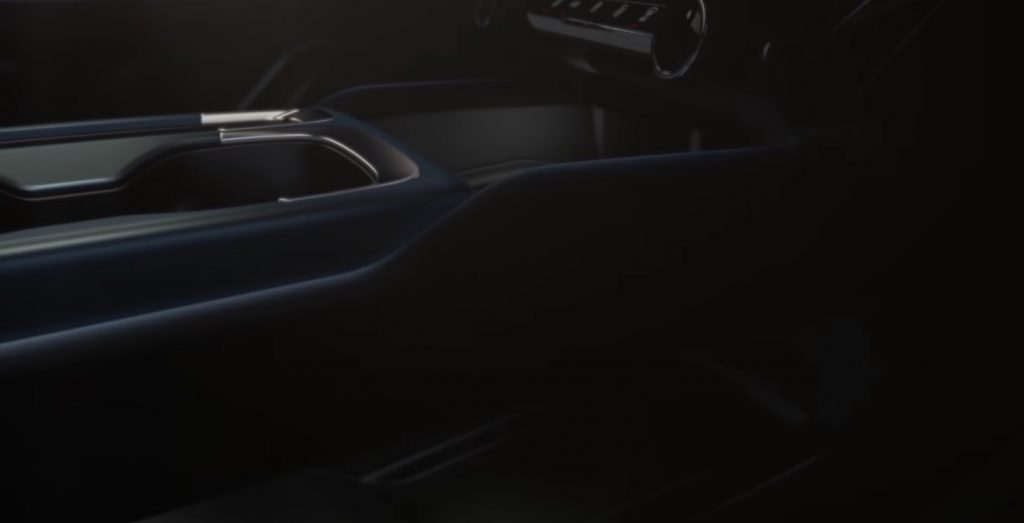 The camera then moves up to the passenger-side of the dash, where we see the lower edge of the central infotainment screen, as well as some interesting lighting elements between the screen and air vent, as well as on the door. The lighting bits change color from white to blue.

Finally, the camera pulls back to give us a broader view of the whole dash, showing off the horizontally mounted touchscreen, as well as the digital driver information readout behind the steering wheel.

General Motors officially unveiled the 2024 Chevy Equinox EV at the 2022 Consumer Electronics Show (CES) earlier this year, and while the initial photos provided a good look at the exterior styling, we previously only had a single rendering image of the interior. 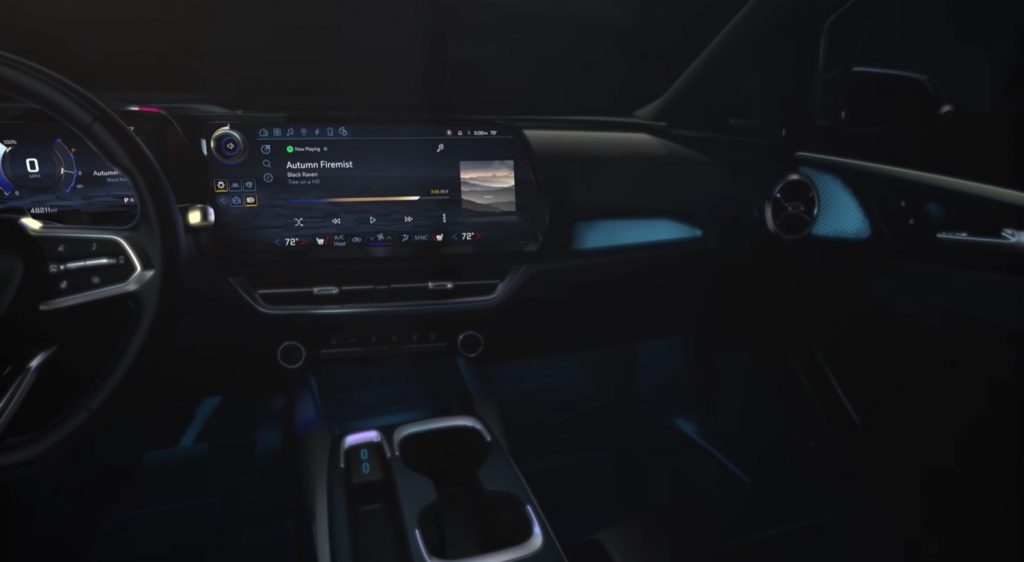 Placed side-by-side, the interior previewed in the new video looks pretty close with regard to design and layout, although the interior in the video does appear to be closer to something we’d expect from the production vehicle as well.

To note, General Motors states that the images in the new teaser video are simulated, and that the final production design will vary.