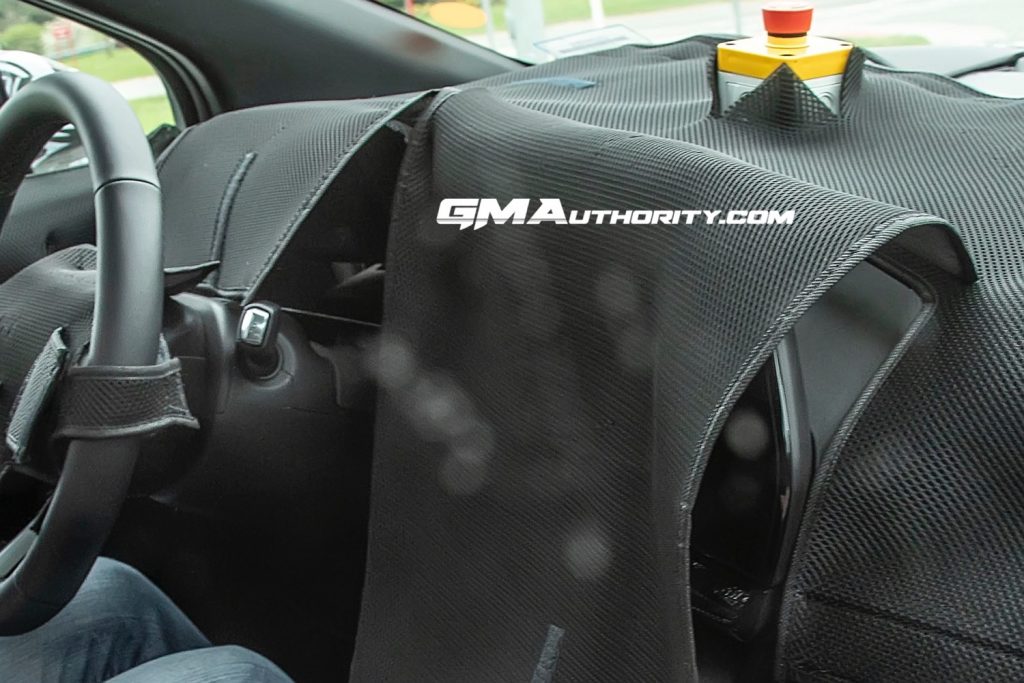 These photos, unfortunately, don’t give very much away thanks to the abundance of fabric covering that GM has applied to this vehicle’s steering wheel, dashboard and center console. We can spot the leading edge of a large digital infotainment screen sitting front-and-center, however, which is joined by a digital instrument panel display. It seems likely these two widescreen displays will be mounted under a uniform piece of glass, similar to the 2024 Chevy Silverado EV. We also see some other similarities with the Silverado EV, including a rotary dial infotainment system control and a column-mounted gear selector. 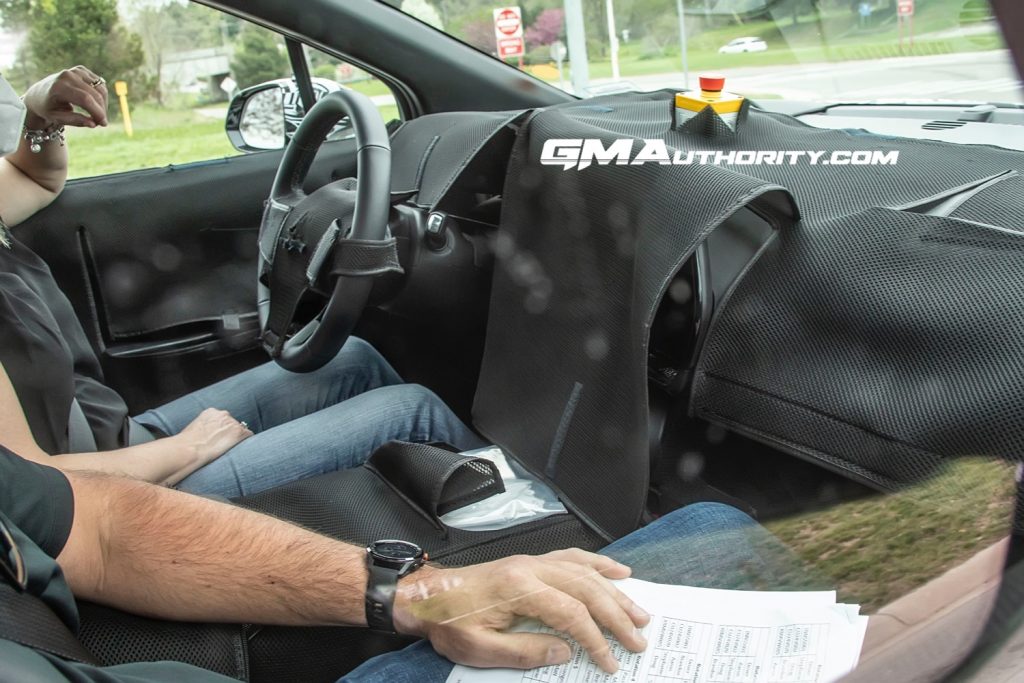 The overhead switch panel is clearly visible in one of these photos, as well, showing the control buttons for GM’s OnStar system and the overhead cabin lights. GM’s camera-based rearview mirror assembly also appears to be present. 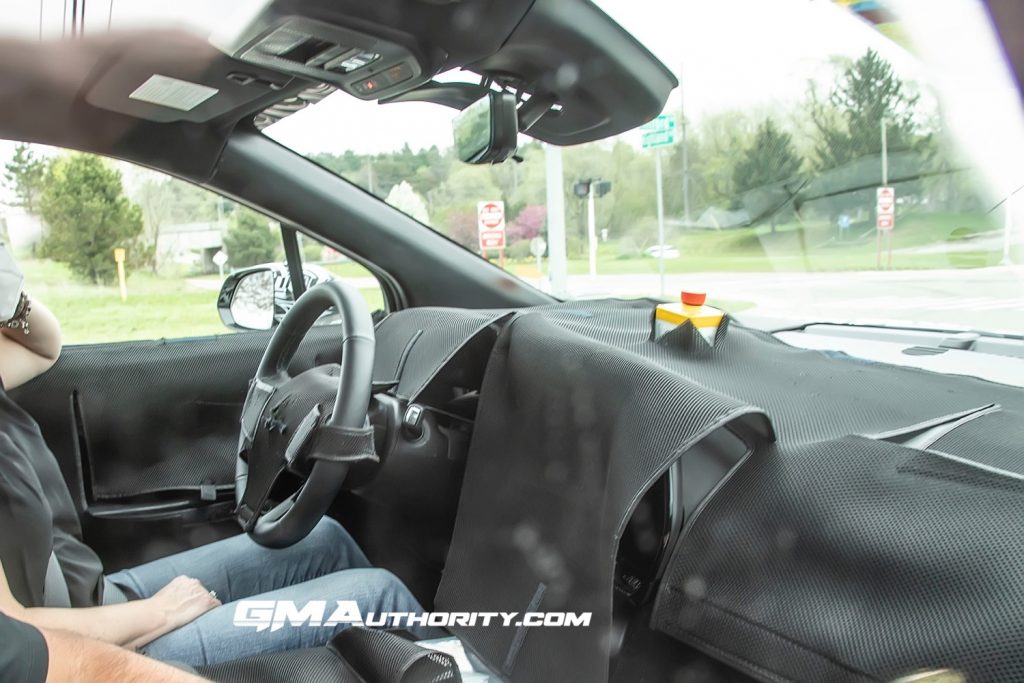 The exterior of this Chevy Blazer EV prototype looked identical to the prototype that GM Authority photographers caught testing back in April. That prototype, for reference, was heavily camouflaged and featured placeholder exterior lighting, however its aggressive body lines and large 21-inch wheels gave it away as a prototype for the Blazer EV. 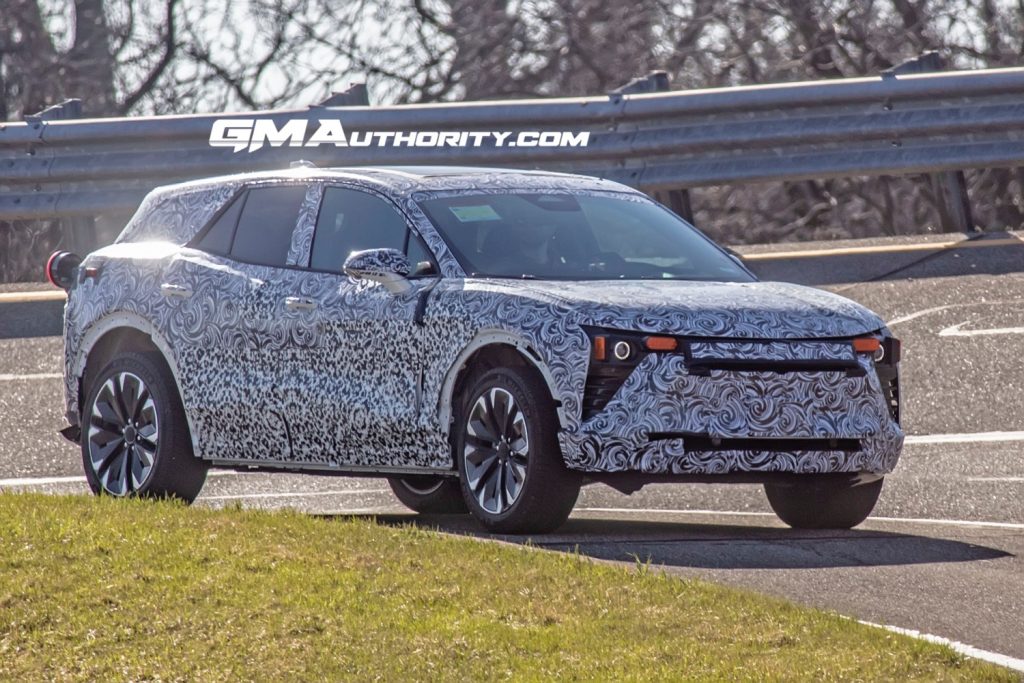 GM released a teaser image of the upcoming Chevy Blazer EV SS performance variant back in March, which is set to rival other performance EV crossovers like the Ford Mustang Mach-E. The new Blazer EV SS will be the first Chevy-badged EV to feature the iconic performance SS designation. We expect the Blazer EV SS to make its official debut later this year, with an official launch date set for the spring of 2023. Like other future battery-powered GM vehicles, the Blazer EV will tap GM’s Ultium modular battery technology and Ultium Drive electric motors.