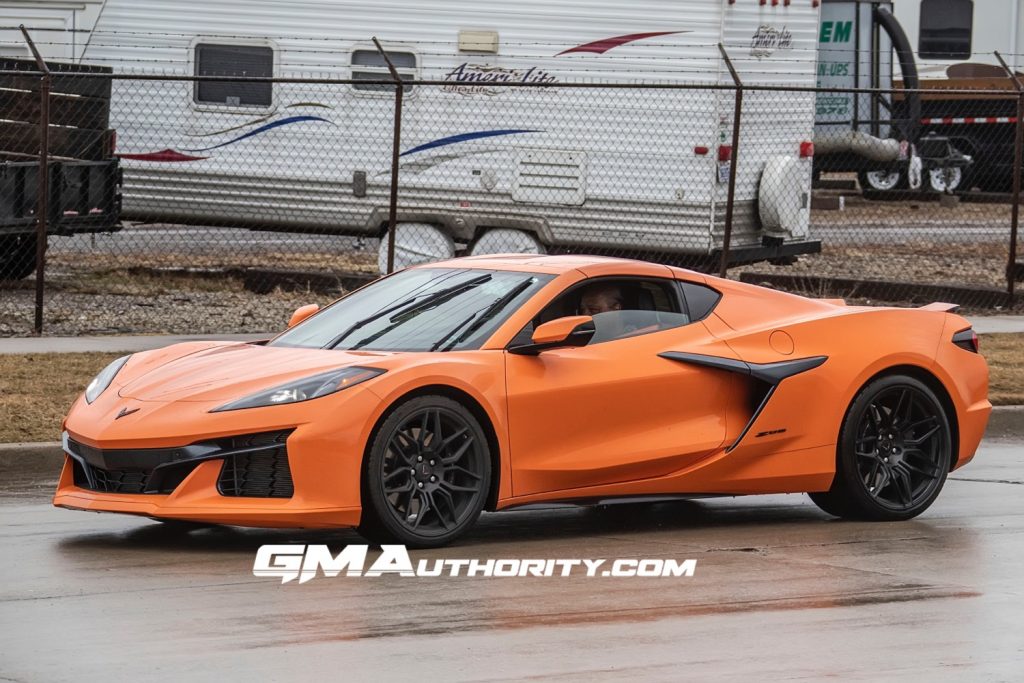 GM Authority previously brought you photos of the 2023 Corvette Z06 in Amplify Orange on the streets and on the show floor at SEMA, but while those vehicles presented the Convertible body style, this particular model brings the Coupe body style.

The Amplify Orange Tintcoat paint is tagged with paint code GC5, and was added as new for the 2022 model year. Complemented by the black trim bits, the bright orange coloring helps to underline the sports car’s head-turning design. 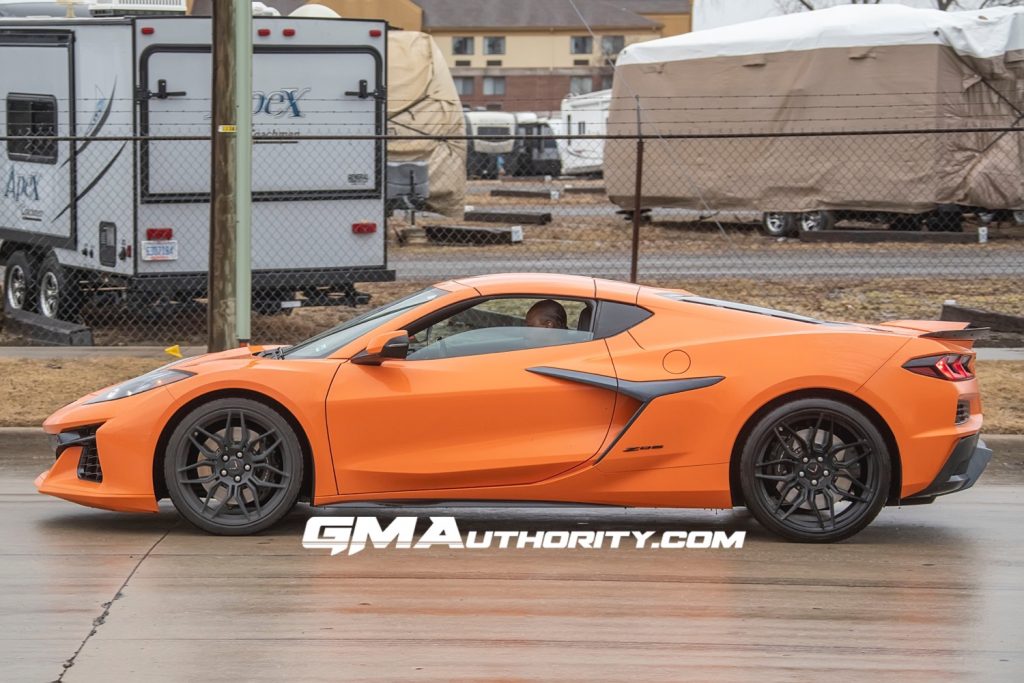 Up front, we see the unique front fascia of the 2023 Corvette Z06, which includes larger intakes and vents. The stance is also wider than that of the “standard” Corvette C8 Stingray. Notably, this model is not equipped with the optional Z07 Performance Package.

Moving around to the sides of the vehicle, we spot the updated “wishbone” shape of the side intake trim, as well as the new rocker panels. This particular 2023 Corvette Z8 Z06 is also running a set of Satin Graphite Z06 wheels, which work well with the black trim pieces. 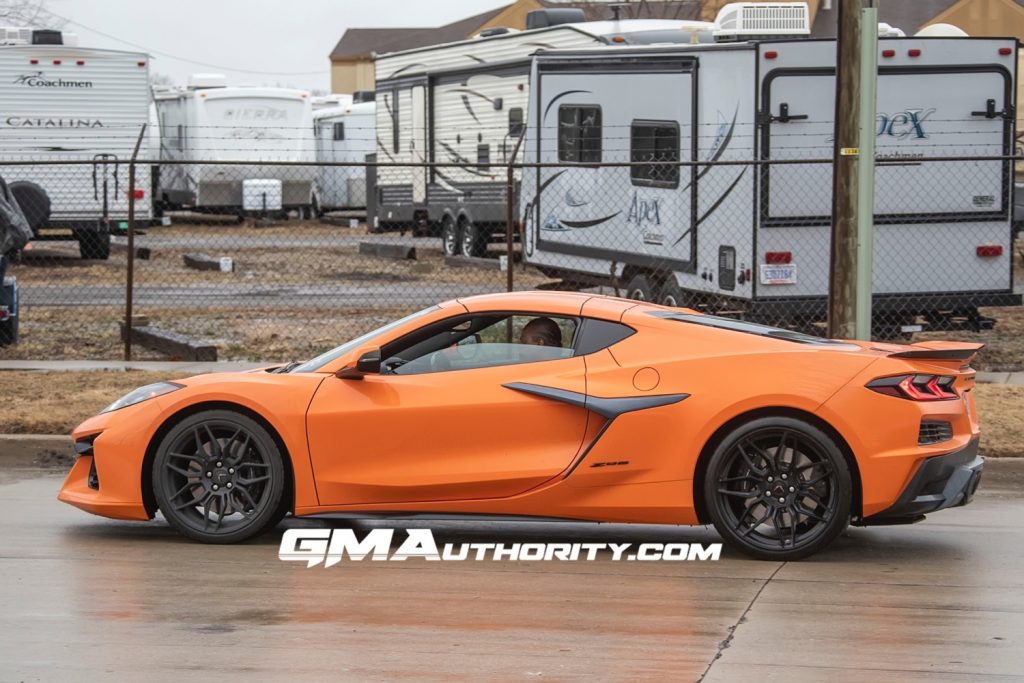 The rear end is characterized by a set of spoiler fins fitted just above the taillights, which are far more subtle in appearance than the massive carbon wing included with the Z07 package. Spitting out the good noises is a quartet of center exhaust pipes with a black finish. 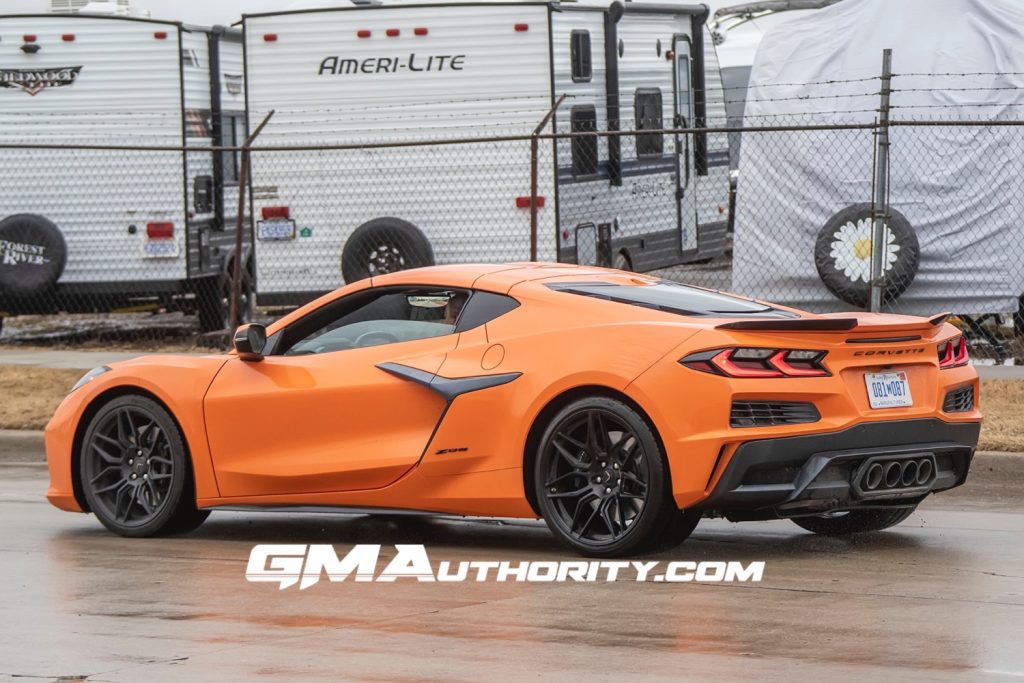 As for what’s lurking just behind the cabin, the 2023 Corvette Z06 draws motivation from the naturally aspirated 5.5L V8 LT6 gasoline engine, which doles out 670 horsepower and 470 pound-feet of torque, spinning up to an impressive a 8,600-rpm redline. All that go is sent to the rear wheels via the GM eight-speed dual-clutch automatic transmission, while under the body panels, the 2023 Corvette Z06 rides on the GM Y2 platform. Production takes place exclusively at the GM Bowling Green plant in Kentucky.