One of the more attention-grabbing changes that GM applied to the 2023 Corvette Z06 to help further differentiate it from the standard Stingray is the quad-tip, center-exit exhaust. This exhaust setup not only looks great, but ensures the Z06 has the kind of refined, exotic exhaust note to back up its world-beating performance.

Corvette chief engineer Josh Holder offered up some more information on the 2023 Corvette Z06 center-exit exhaust during a recent presentation at the National Corvette Museum Bash in Bowling Green, Kentucky. A key feature of this system, according to Holder, is the unique exhaust pipe architecture that accentuates the sound of the flat-plane crank engine. These exhaust pipes are also quite large in diameter to maximize flow and reduce engine backpressure. 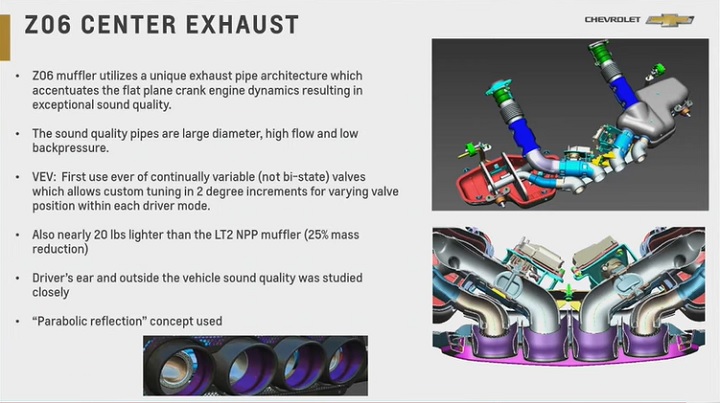 Additionally, the Corvette Z06’s center-exit exhaust system features continually variable valves. These valves can be moved in two-degree increments, giving them more adjustability than the two-mode valves used on previous Corvette models and allowing Chevy to fine-tune the exhaust note in each of the Z06’s drive modes. As an added bonus, this exhaust system is a full 20 pounds lighter than the optional Performance Exhaust for the C8 Corvette Stingray, despite being more sophisticated. 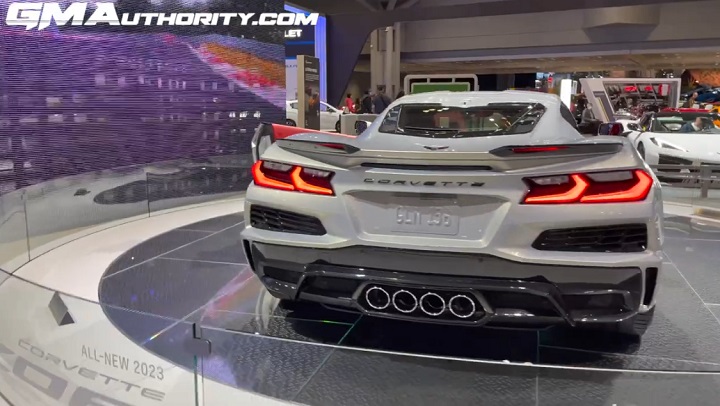 Holder said the exhaust system was a focus of the C8 Corvette Z06 program from the very beginning and became a source of great pride for the engineering team during the development process.

“The team spent a lot of time focused on the sound of the Z06, that was one of the missions of the car from the very beginning,” Holder said. “As we first got our integration vehicles out on the road, our early prototypes, a number of us would stand by and take turns getting into the car and drive by with the engine running at full fury and just giggle.”

While this exhaust system will come standard on the 2023 Corvette Z06 here in North America, customers in Europe and certain other global markets will have to make do with a Stingray-style outboard setup. This is because these markets require cars to have a gas particulate filter, which cannot be integrated into the unique center-exit setup due to the tight rear packaging on the mid-engine Corvette. 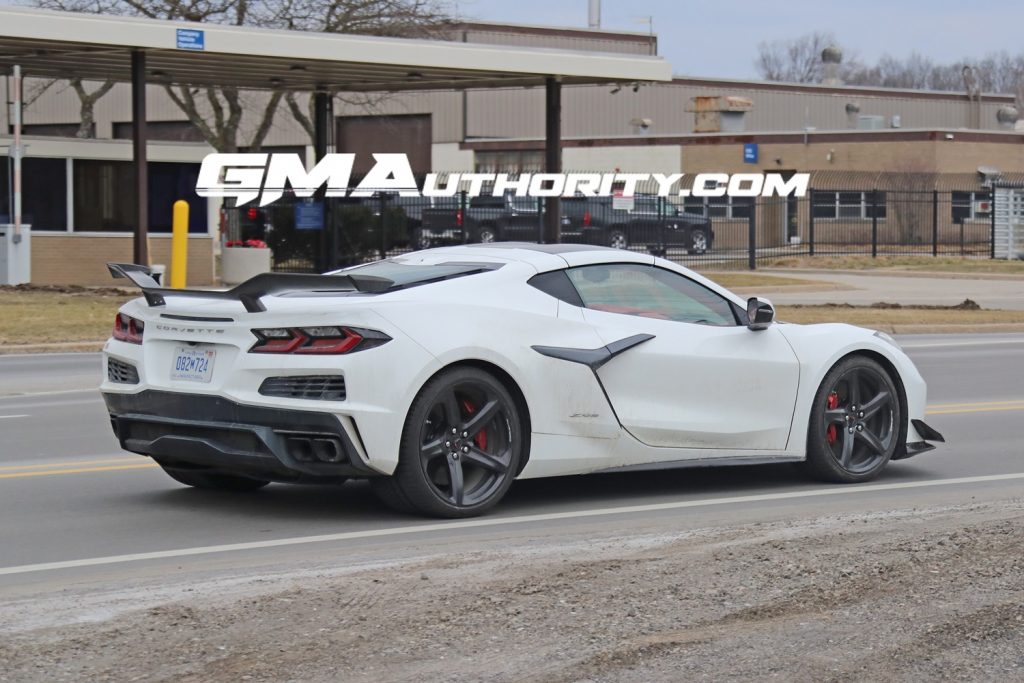 Power the 2023 Corvette Z06 comes from a naturally aspirated 5.5L V8 LT6 gasoline engine, which is rated at 670 horsepower and 470 pound-feet of torque. Output is routed to the rear wheels through the revised GM eight-speed dual-clutch automatic transmission co-developed with Tremec.

The 2023 Corvette Z06 will enter production at the GM Bowling Green plant in Kentucky later this year. Pricing has yet to be announced.