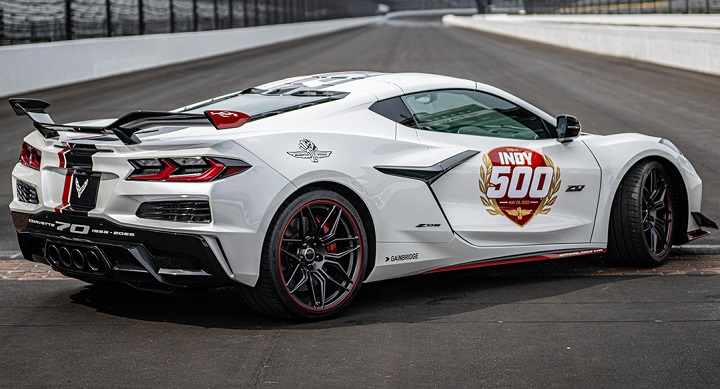 The specially-prepared Corvette Z06 pace car features an asymmetric stripe package that was developed by the Chevrolet Performance Design Studio in Michigan. The stripe package draws inspiration from the 70th Anniversary Edition badging on the door of the Z06, which features a matte black font and red accenting. The pace car also features neatly integrated safety lights and strobes, which ensure drivers can easily spot the Vette when it’s out on track leading the field to green or pacing the field during a caution period.

You’ve been put on notice.@SarahFisher will lead the #Indy500 field to green in the @TeamChevy Corvette Z06 70th Anniversary Edition Pace Car, the highest-horsepower, naturally aspirated V-8 ever to hit the market.#ThisIsMay pic.twitter.com/Tlz8w08GE1

Behind the wheel of this unique 2023 Corvette Z06 70th Anniversary Edition pace car will be ex IndyCar Series driver Sarah Fisher. The 41-year-old Ohio native has nine Indy 500 starts to her name, a record for a female driver. Her fastest four-lap qualifying speed of 229.439 mph in 2002, which earned her a strong third-row starting position for that year’s race, also remains an event record for a female driver. She retired from driving in 2010 to focus on her race team, Sarah Fisher Hartman Racing, and today operates the Speedway Indoor Karting chain with her husband Andrew O’Gara.

“Every time I’ve had the opportunity to drive at Indianapolis Motor Speedway, it’s been special – from IndyCar Series cars to two-seaters to vintage cars,” Fisher said in a statement. “Driving the Pace Car is just as special of an honor. And to have served in that role for the NTT IndyCar Series since Johnny Rutherford retired, I’ve had many great memories to add to my career.”

“I am humbled and proud to become the official Pace Car driver for the 106th Indianapolis 500 and to represent the hard work and development that Chevrolet puts into these fantastic pieces of automobile advancement and technology,” she added. 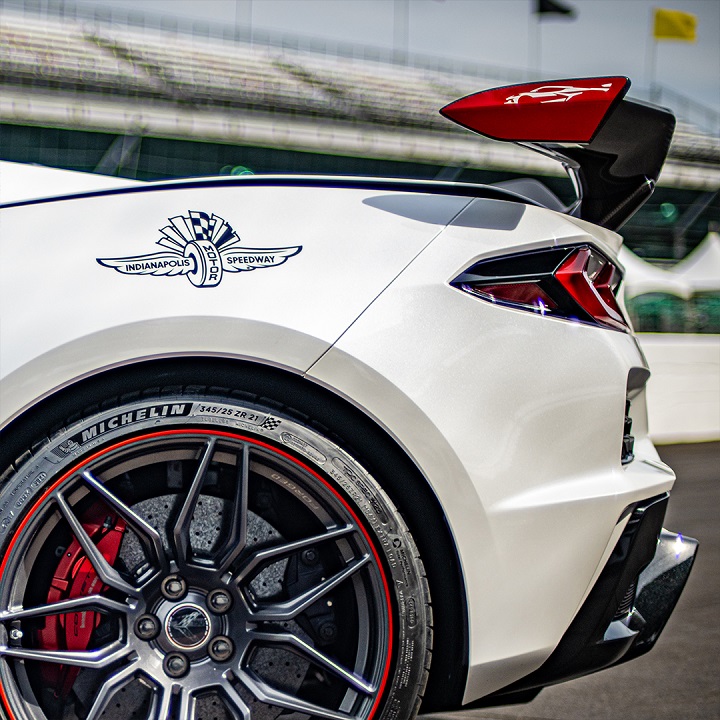 Power in the Z06 comes from the naturally aspirated 5.5L V8 LT6 gasoline engine, which doles out 670 horsepower and 460 pound-feet of torque.