The 2023 Chevy Blazer is the fifth model year for the current crossover nameplate, introducing a full model refresh with updates to the exterior, interior, and onboard tech features. Now, however, GM Authority has learned that production of the 2023 Chevy Blazer has been delayed.

According to GM Authority sources, production of the 2023 Chevy Blazer will begin August 1st. Previously, production of the refreshed crossover was scheduled to kick off July 11th. Production will take place at the GM Ramos Arizpe plant in Mexico.

As for the specifics of the refresh, the 2023 Chevy Blazer introduces revisions to the front and rear fascias, including reshaped LED daytime running lamps situated in the upper corners of the front end, a new grille design, and new wheel designs as well. The rear end of the refreshed crossover includes new taillights and a new exhaust treatment. Several new exterior colors were also added, including Fountain Blue, Sterling Gray Metallic, Copper Bronze Metallic, and Radiant Red Tintcoat. Check out the exclusive GM Authority exterior walkthrough video for an in-depth tour of the revised 2023 Chevy Blazer exterior. 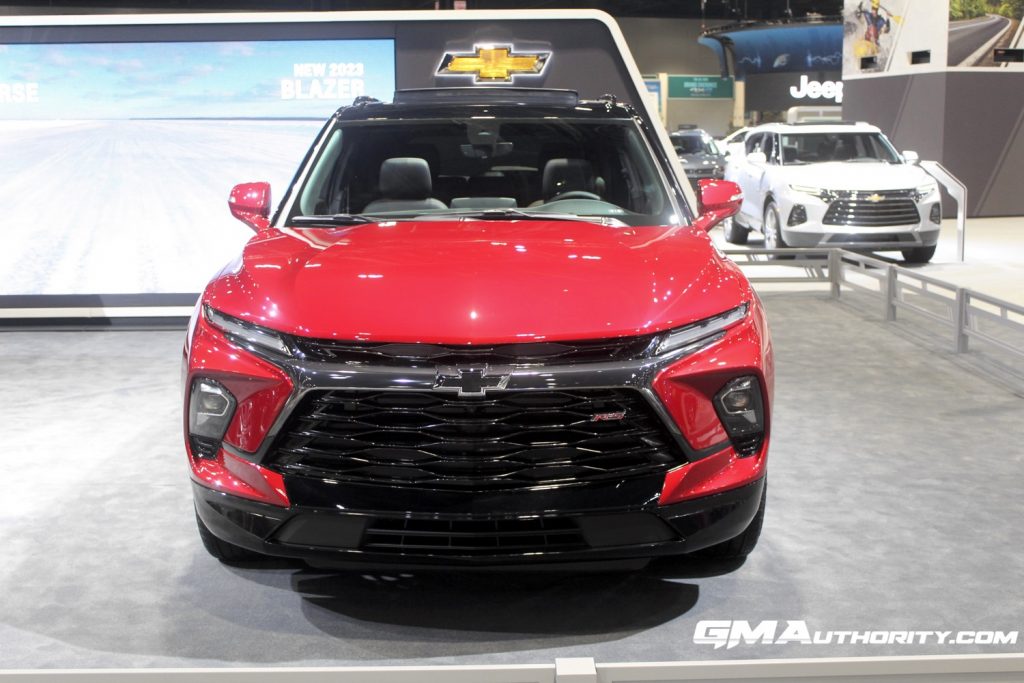 The crossover’s interior was also upgraded, and now includes new colorway options, the addition of a new 10-inch diagonal color touchscreen as standard across the lineup, an optional wireless charging pad, and a few changes to the onboard safety tech features with the inclusion of the Chevy Safety Assist package as standard. Similar to the GM Authority exterior walkthrough video, we also have an exclusive video tour of the interior, so check that out for more information. 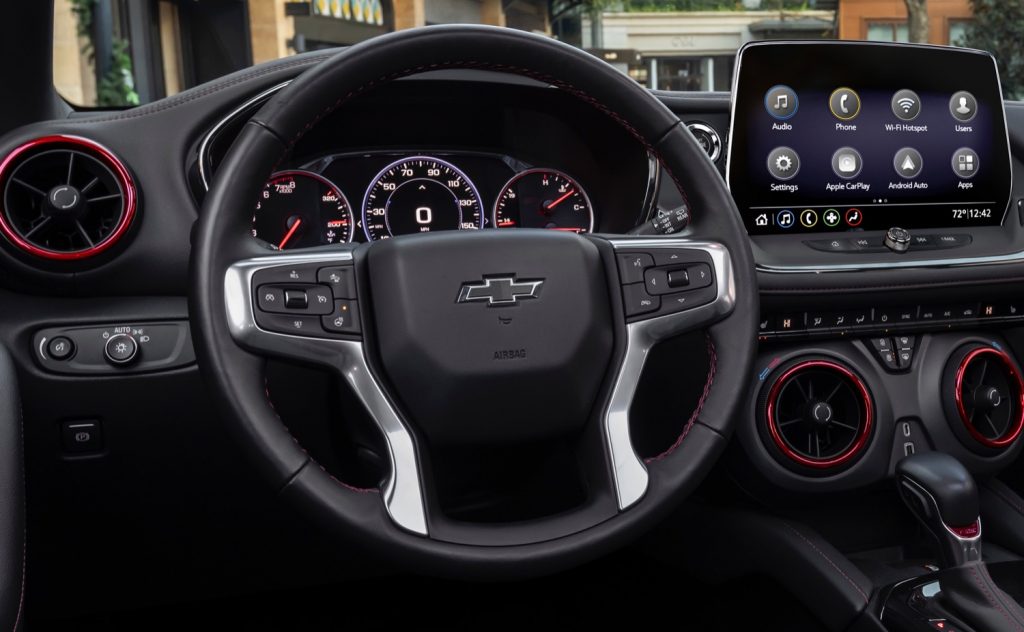