The 2022 Chevy Blazer is the fourth model year for the crossover nameplate, introducing a few changes and updates prior to a full model refresh set to drop for the 2023 model year. Now, however, GM Authority has learned that the 2022 Chevy Blazer’s 20-inch Gloss Black aluminum wheels are currently under constraint. 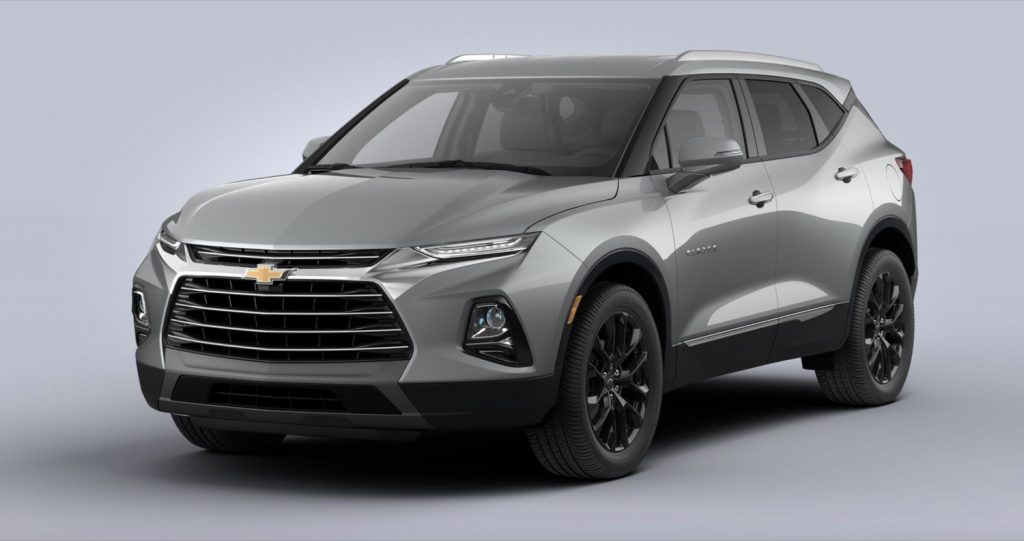 The 20-inch Gloss Black aluminum wheels are a new addition for the 2022 Chevy Blazer, and are normally offered for 2LT, 3LT, and Premier trim levels as an LPO-level option, which means they are installed by the dealer, rather than at the factory when the vehicle is initially produced. The optional wheels include Chevy Black with Black bow tie outline wheel center caps (RPO code SKT), as well as transit wheels (RPO code SKL).

The 20-inch Gloss Black aluminum wheels are not offered for the 2022 Chevy Blazer RS, nor are they available in conjunction with the Midnight/Sport Edition (RPO code WJU) or Redline Edition (RPO code WBL), both of which are optional for 2LT and 3LT trim levels.

As GM Authority covered previously, several exterior paint colors for the 2022 Chevy Blazer have been built out for the remainder of the 2022 model year, including Cayenne Orange, Silver Ice Metallic, Pewter Metallic, and Cherry Red Tintcoat. For the moment, it’s unclear if these exterior paint colors will return for the 2023 model year, as the 2023 Chevy Blazer is set to introduce a full model refresh.

As for what’s under the hood, the 2022 Chevy Blazer is available with the turbocharged 2.0L I4 LSY gasoline engine and naturally aspirated 3.6L V6 LGX gasoline engine. Under the skin is the GM C1 platform, while production takes place at the GM Ramos Arizpe plant in Mexico.