The 2010 model year Pontiac Vibe has been named one of the best used hatchback vehicles that can be purchased for less than $8,000 by the editorial team over at Kelley Blue Book. 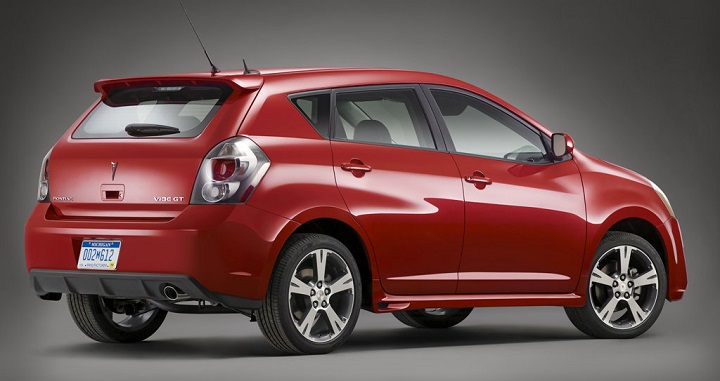 KBB editors like the second-generation Pontiac Vibe as it was available to order with all-wheel-drive. This gives the spacious hatchback similar traits to a modern-day compact crossover, but with a much lower point of entry.

“Spacious for passengers and cargo, the 2010 Pontiac Vibe builds on the layout and components shared with the Toyota Matrix and Corolla with its own unique look,” KBB says of the compact car. “Available with all-wheel drive, the Vibe offers SUV-like utility in a more compact, efficient package.” 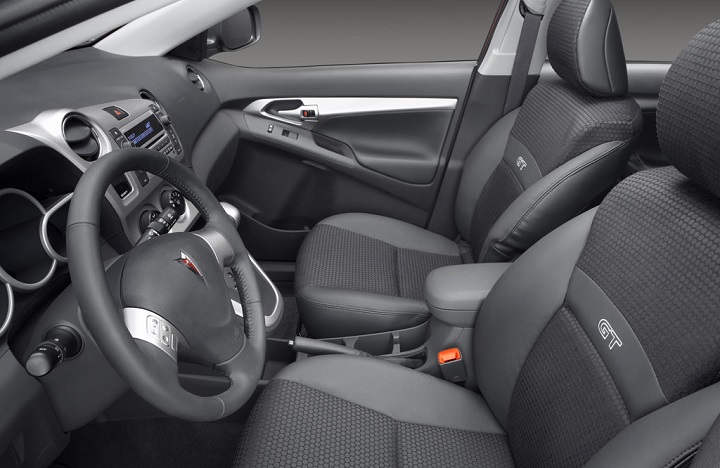 The publication had similar praise for the 2010 Toyota Matrix which, as any readers will know, shares a platform, engine and other key components with the second-generation Pontiac Vibe.

“Frugal, reliable, more maneuverable than an SUV, with available all-wheel drive, for less than $8,000? The 2012 Toyota Matrix is what you’re looking for,” KBB concludes of the Japanese automaker’s iteration of this compact hatch. 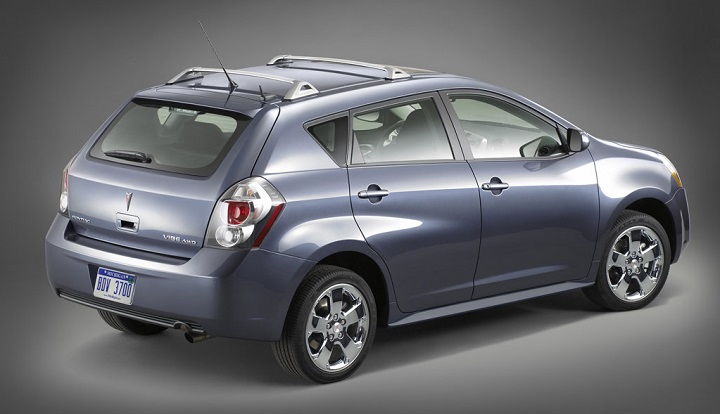 The Vibe and Matrix are two of ten hatchback vehicles that KBB has identified as being good buys for under $8,000. Other entries on the list include 2009 Toyota Prius, 2012 Mazda3, 2012 Honda Fit, 2012 Scion xB, 2013 Kia Soul, 2010 Honda Accord Crosstour, 2012 Honda Insight and 2016 Nissan Versa note. The Pontiac Vibe is the only domestic vehicle on the list, with all other entries being from either Japanese or Korean automakers.

Last year, KBB said the Pontiac Vibe was also one of the best second-hand car buys for under $5,000. However, motorists may be hard-pressed to find a good used Vibe for less than $5,000 at the moment, with used vehicle prices skyrocketing over the past year.