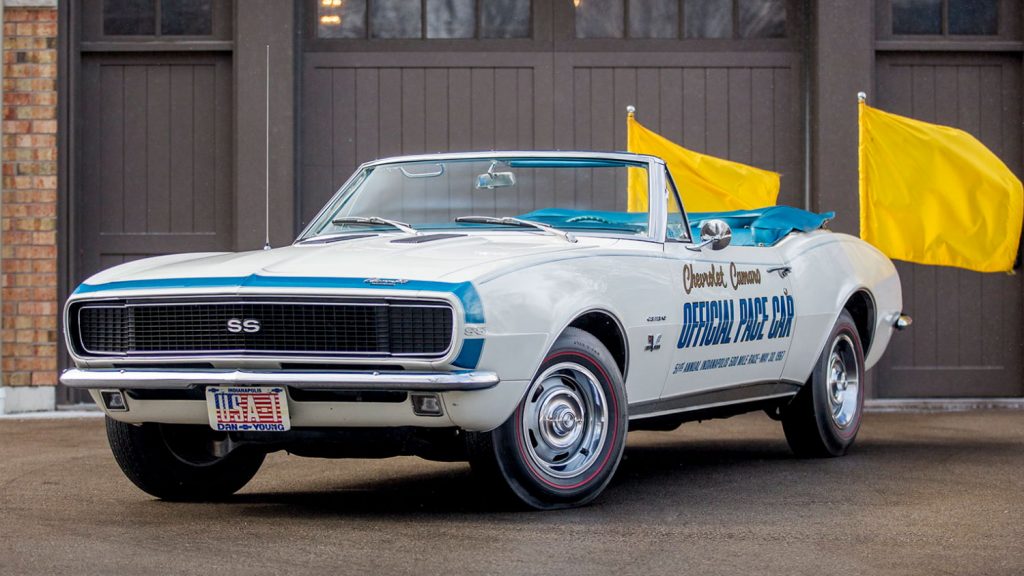 Chevrolet specially prepared four Camaros for track duties, and 100 replica pace cars for race officials and VIPs to use the month leading up to the race. The four track Camaros were all in RS/SS trim, painted Ermine White with white soft tops and Bright Blue interiors, and had door decals that read “Chevrolet Camaro Official Pace Car 51st Annual Indianapolis 500 Mile Race – May 30, 1967.” A blue nose stripe and pin stripes were added as part of the SS package. Three-time Indy 500 winner Mauri Rose was selected to drive the pace car. 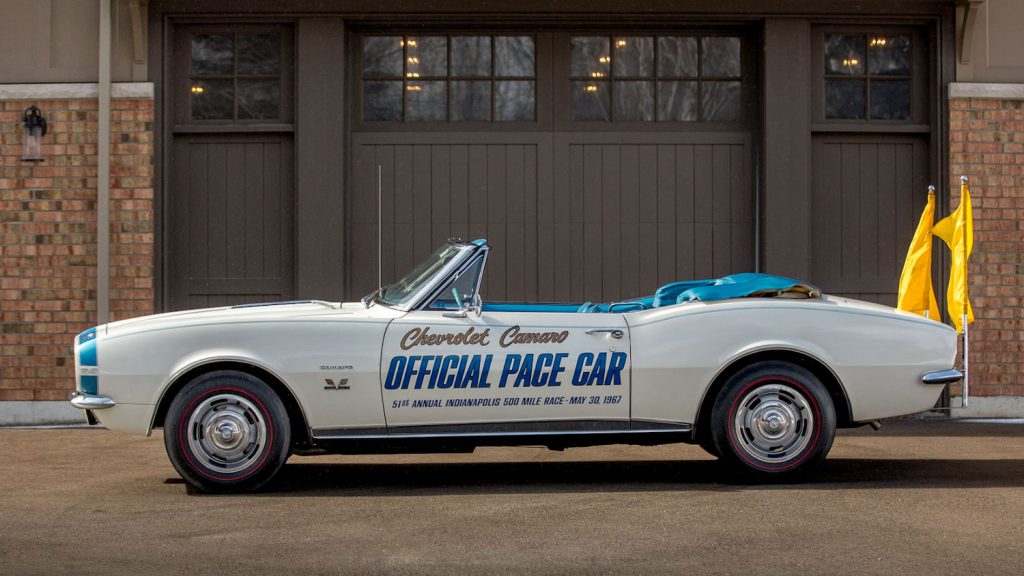 This Chevy Camaro Pace Car is in remarkable shape. The unrestored Camaro wears its factory original paint, and interior. Originally fitted with a L78 396 cubic-inch/375-horsepower Big Block V8 backed by a four-speed manual, it was converted by GM Engineering to the L35 396 cube/325-horse automatic to pace the race. There is some light patina in places, but not nearly what one would expect for a car of this vintage. The odometer shows a bit over 16,000 miles. The paint has aged extraordinarily well, and the door decals have miraculously survived sans cracks. The bumpers and brightwork are free of pitting and well polished. Included in the sale were the original flags and poles used when pacing the race. 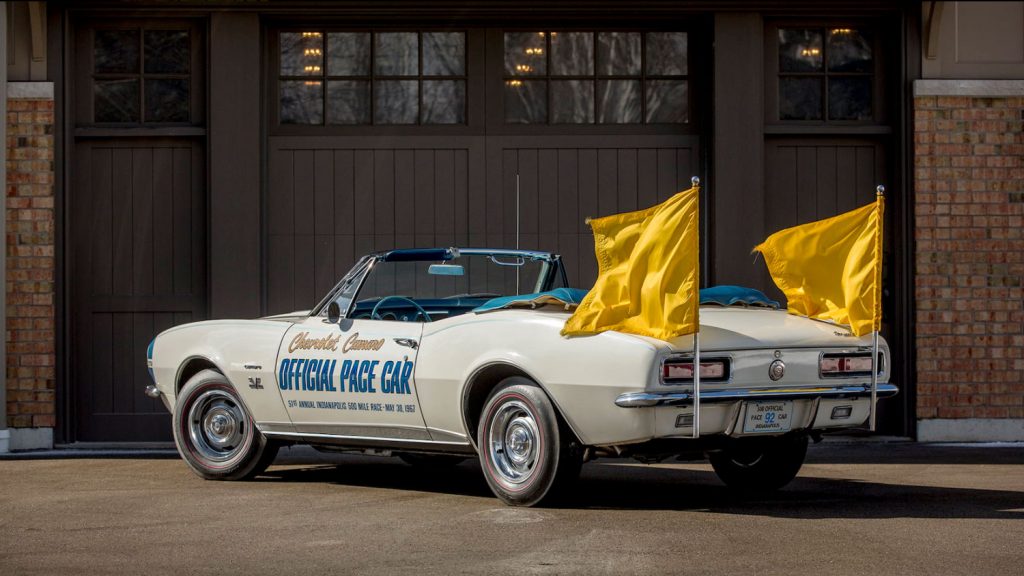 The Chevy Camaro Pace Car’s, Bright Blue vinyl interior is in similarly exceptional condition. A few cracks populate the door armrests, and bit of crazing can be seen on the horn button, but there is little else to fault. Chrome grab handles were part of the Pace Car’s mods, and can be seen at the top the windshield. Different snaps installed on the soft top parade boot to keep in in place at higher speeds. 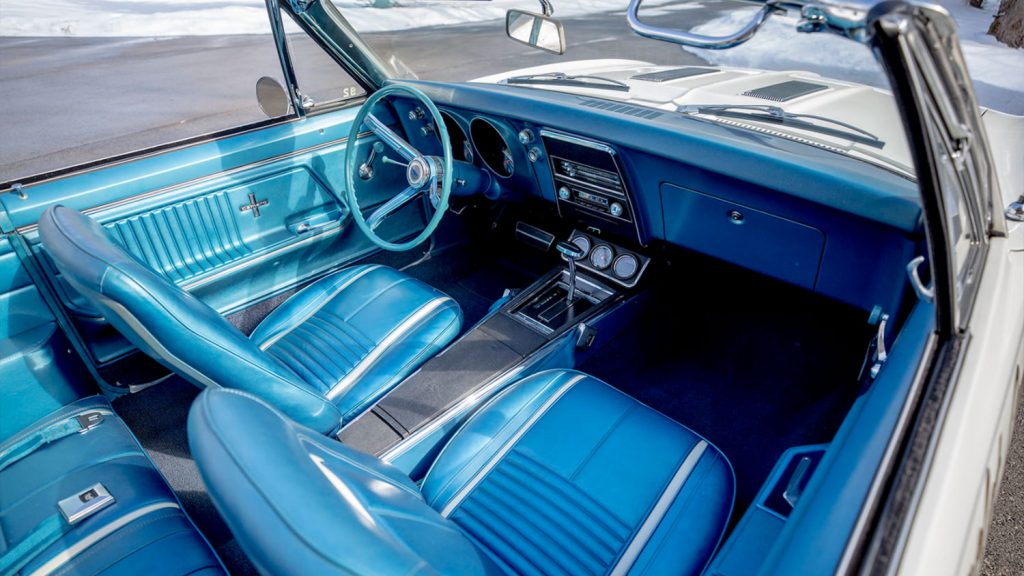 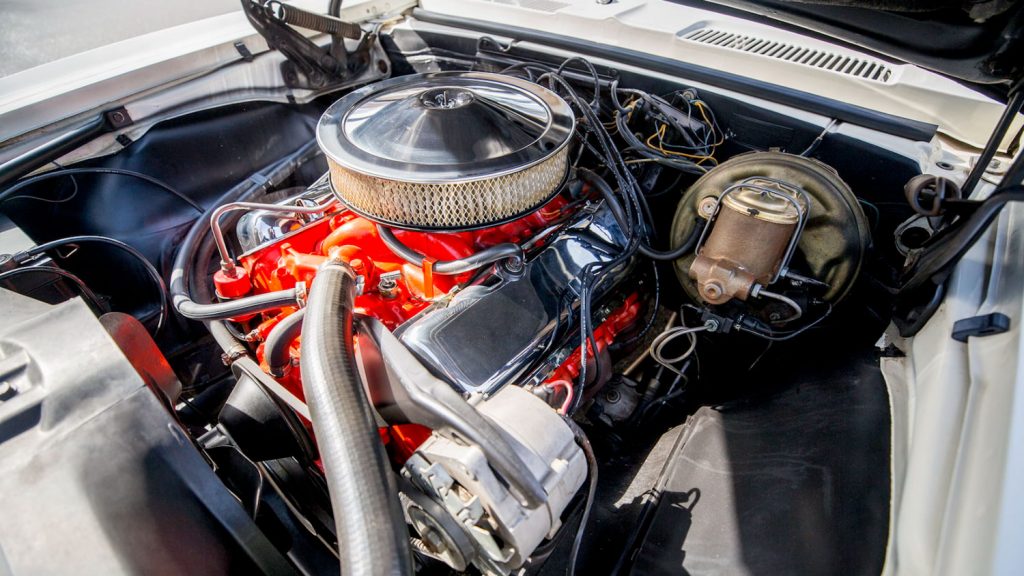 The sale of this historic Chevy Camaro Pace Car included the Protect-O-Plate, Chevrolet Build Order No. 98168 documenting the drivetrain change, the original Chevrolet Motor Division title issued in 1967, all the supporting GM Engineering paperwork detailing the changes made to the Camaro, the official Chevy Indy Pace Car book cover, an article from the Complete Book of Chevrolet, and a photo album from the race. 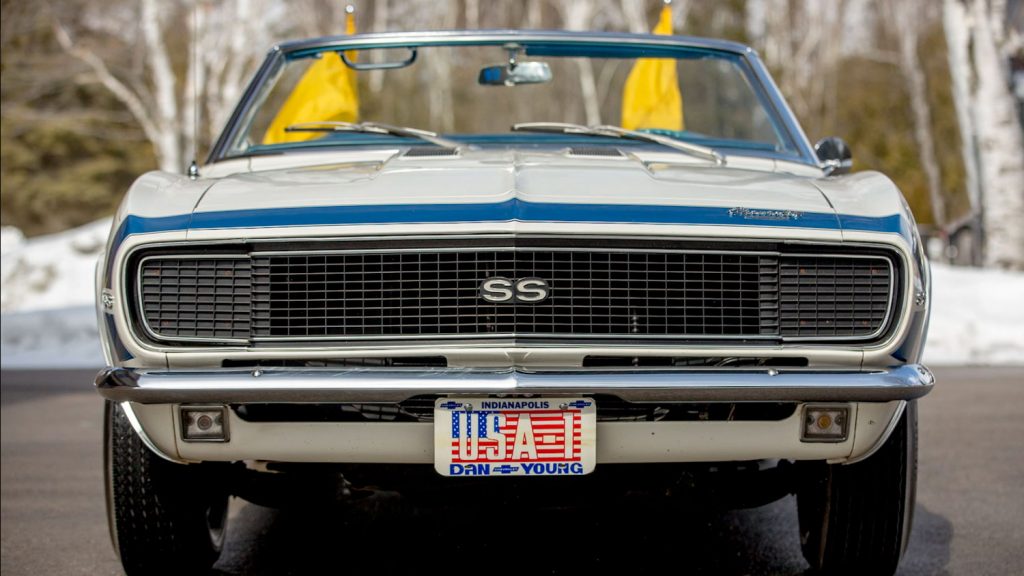