The 1948 Cadillac Series 62 marked the first year for redesigned post-war Cadillacs. The fresh Series 62 featured tail fins, a styling trait that would stick with Cadillac for years to come. The wheelbase was slightly shorter than the previous generation, but a wider track equated to increased interior room. The 346 cubic-inch V8 continued as the only engine option, as new power wouldn’t be introduced until the following year. Cadillac sold 34,213 Series 62s for the ’48 model year, accounting for almost 70 percent of total production, despite not hitting showroom floors until February of that year. 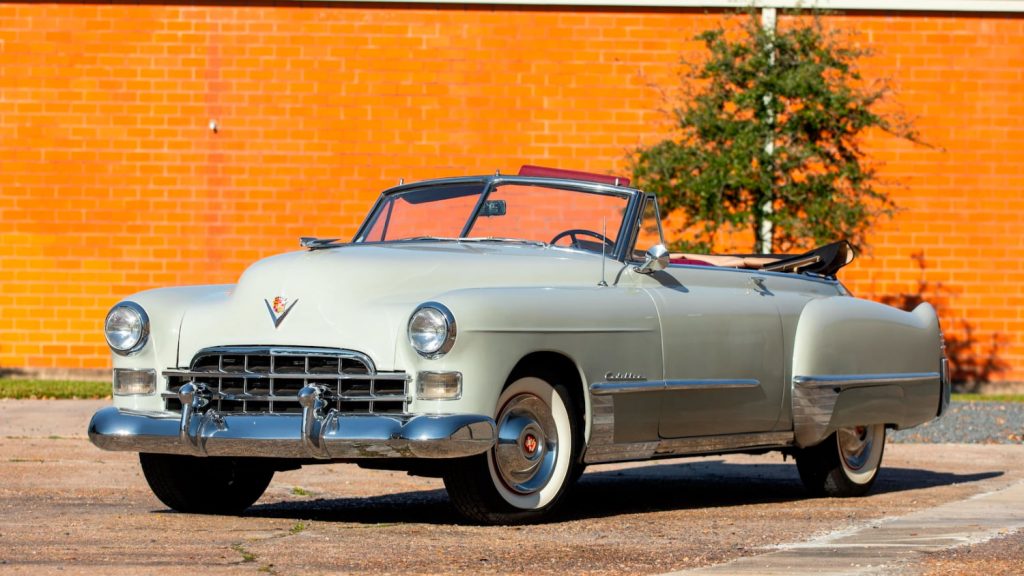 Our feature car is a highly original 1948 Cadillac Series 62 convertible is finished in its original hue of French Gray with a maroon leather interior and black cloth top. It has covered just over 55,000 miles from new. The Series 62 is propelled by a 346 cubic-inch flathead V8 fed by a single two-barrel carb, and producing 150 horsepower. A Hydra-Matic four-speed automatic transmission moves the power to the rear wheels. The electrical system has been converted to twelve volts. 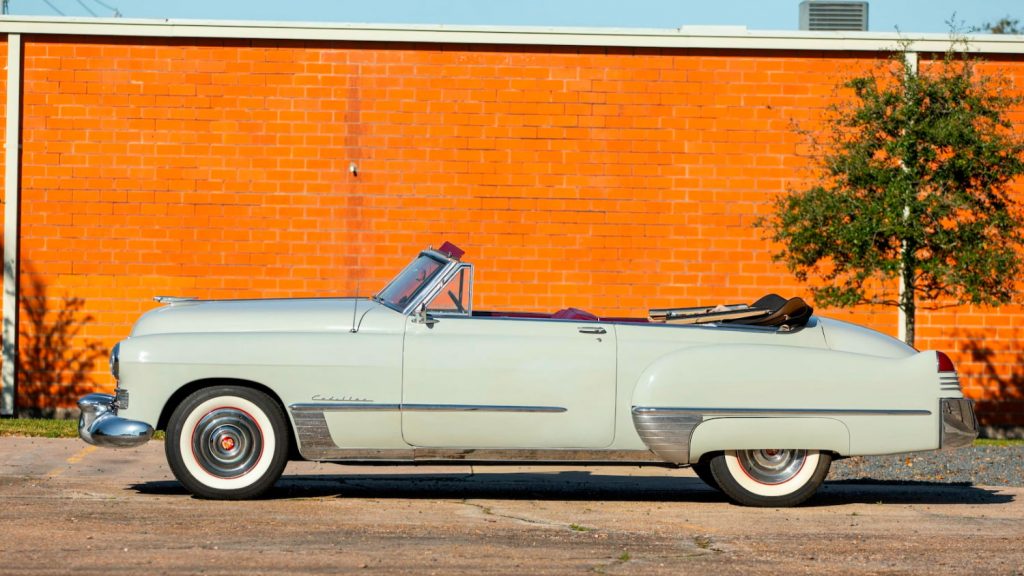 The exterior finish on this Cadillac Series 62 retains excellent shine. The chrome bumpers and trim show no signs of pitting or patina, and the stainless is well polished. A black Haartz-style convertible top fits snugly, showing only minor wrinkling. Painted steel wheels are shod in wide whitewall radial tires, and topped with polished full hubcaps. The glass is free from cracking or delamination, and the lenses are free from fading or haze. 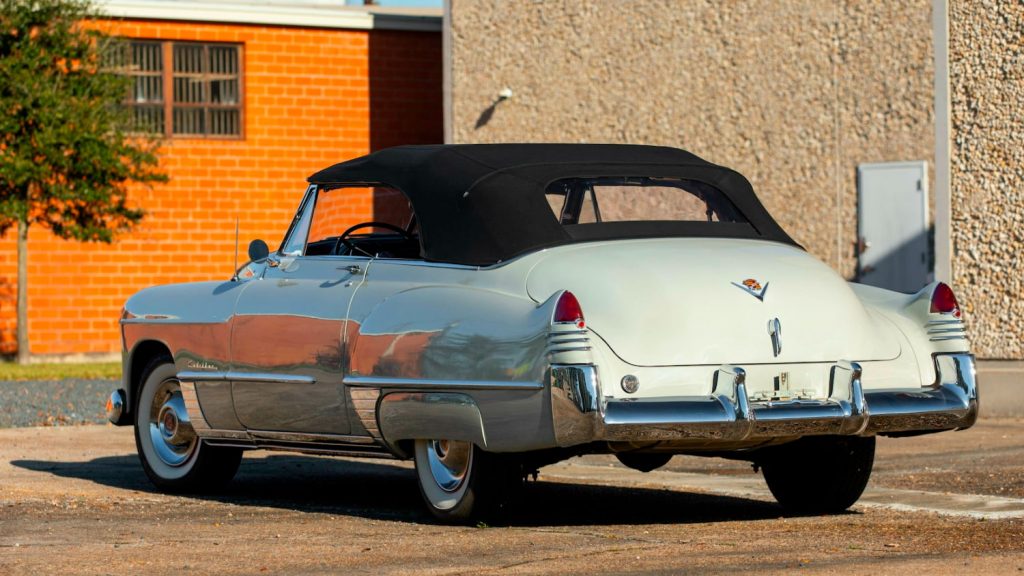 Inside, the Cadillac Series 62 is trimmed in maroon leather with lush maroon carpet. The front bench seat shows only slight signs of ingress/egress on the driver’s side seatback. The balance of the front seat and the rear bench appear nearly new. The luxuriant carpet is deep and plush, free from fading or wear. The Cadillac is equipped with a pushbutton AM radio, power convertible top, and power widows. 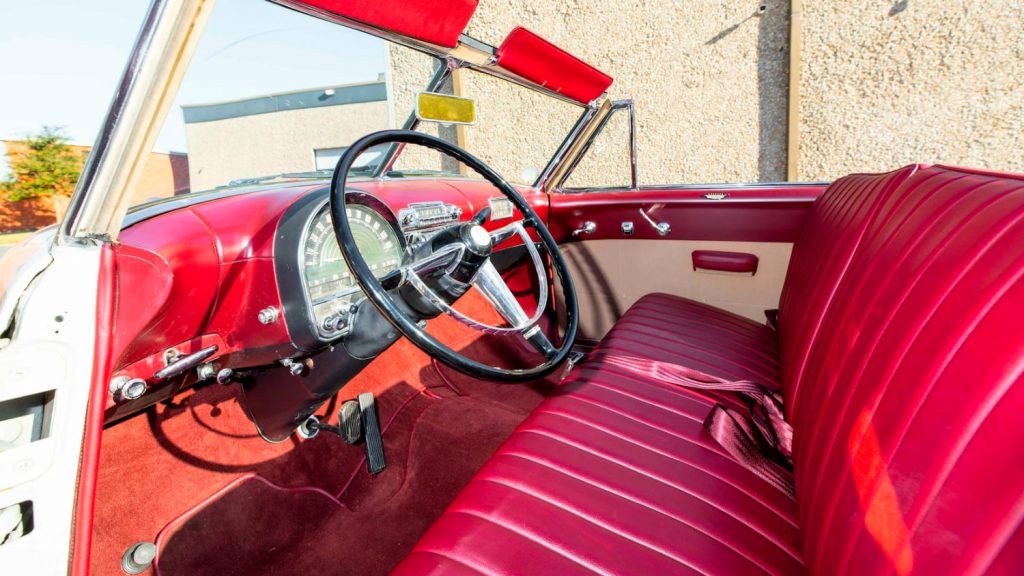 Under the hood of the Series 62 resides the 346 cube V8. The engine bay is reasonably clean, but would really pop with an afternoon’s worth of detailing. The 346 looks to be fairly original, with only minor changes noted. 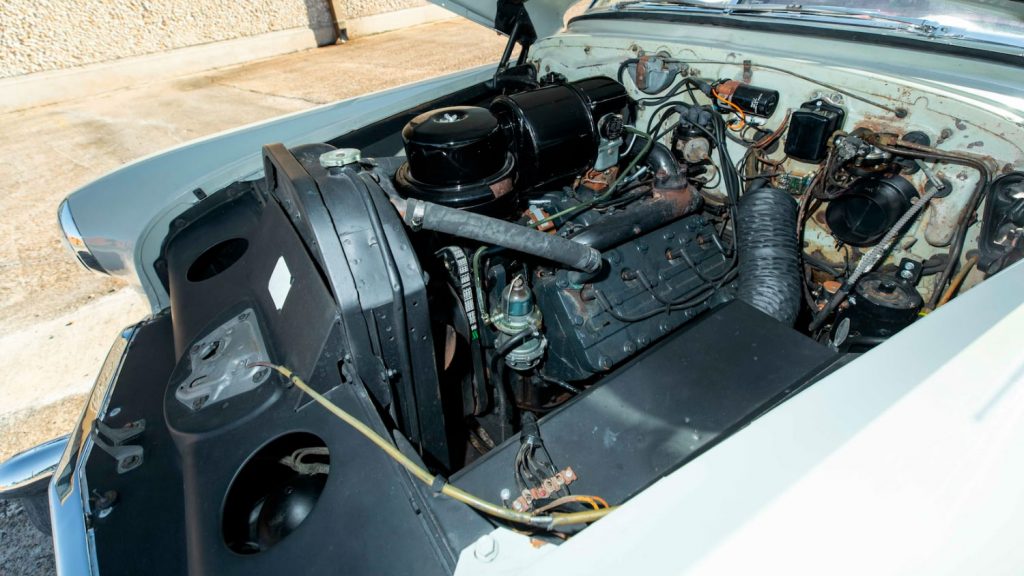 This tasteful 1948 Cadillac Series 62 convertible will cross the auction block during the Mecum Auctions Indy Spring Classic taking place May 13th through the 21st. 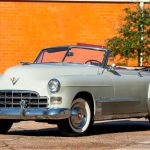 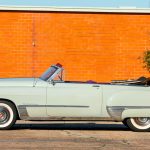 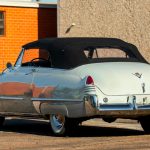 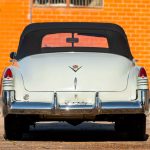 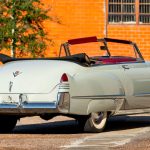 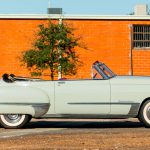 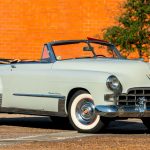 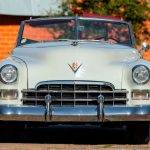 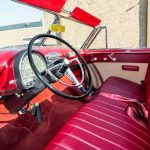 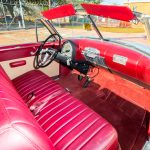 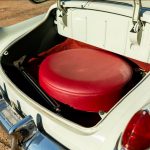 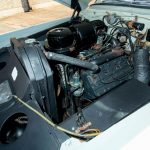 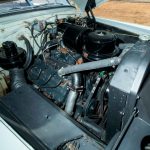