A dramatic Nascar Xfinity Series race at Martinsville Speedway on April 8th culminated in a Pit Road showdown between Ty Gibbs, driver of the No. 54 Toyota TRD Camry, and Sam Mayer, driver of the No. 1 Nascar Chevy Camaro. The sanctioning body for Nascar’s feeder series recently announced that Gibbs would be fined for behavioral infractions enacted against Mayer upon conclusion of the race.

The penalty report states that Gibbs was fined $15,000 for violating behavioral policies and was cited for “making contact with another vehicle on Pit Road after the race.” Gibbs was found to have violated Section 4.3.A&E that details Nascar Member Conduct and Section 8.8.8 (Crew member/Servicing) in the Nascar rule book. 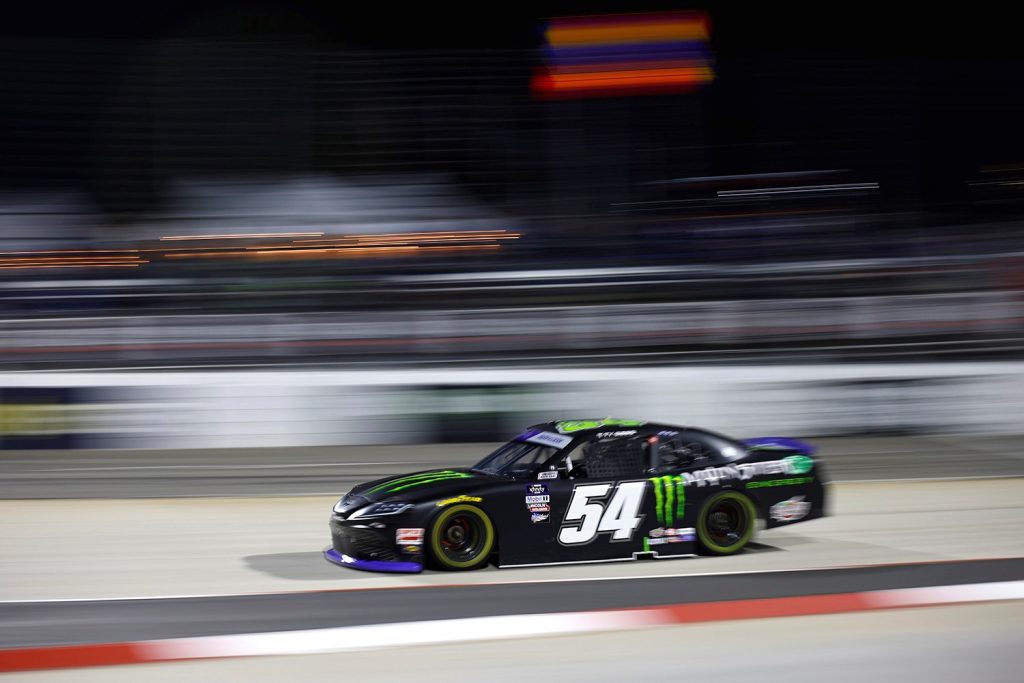 In the final laps of the race, the No. 54 Toyota of Gibbs and the No. 1 Camaro of Mayer were locked in a heated head-to-head battle for the lead after late-race caution forced the Xfinity Series race into Nascar Overtime. Mayer in the No. 1 Camaro bumped Gibbs in the No. 54 Toyota out of the way, eliminating his chances of winning the Martinsville event and handing victory to the No. 19 Toyota driven by Brandon Jones.

Gibbs, understandably frustrated with the on-track incident, tracked down Mayer’s No. 1 Nascar Chevy and bumped him on Pit Road. Interestingly, the penalty assessed to Gibbs was incurred from this in-car incident and not the ensuing fistfight that occurred when the two drivers exited their race cars and confronted one another. Gibbs landed quite a few punches, bloodying Mayer’s face, before they were pulled apart. A crewmember was injured in the scuffle as well.

“Heat of the moment type stuff,” Mayer said of the incident in a post-race interview. “I mean, I think it’s more I was just trying to get his attention, and he took it the wrong way, and it just… he just snapped. I mean, that’s what I say just happened. Nothing anything horrible, but it’s just part of the sport.”

Mayer was not penalized for his involvement in the altercation.