The latest episode of Hoonigan’s popular ‘This vs. That’ drag racing series on YouTube features a heavily modified Chevy Silverado with 1,600 horsepower lining up to race an R35 Nissan GT-R with full carbon fiber body panels. 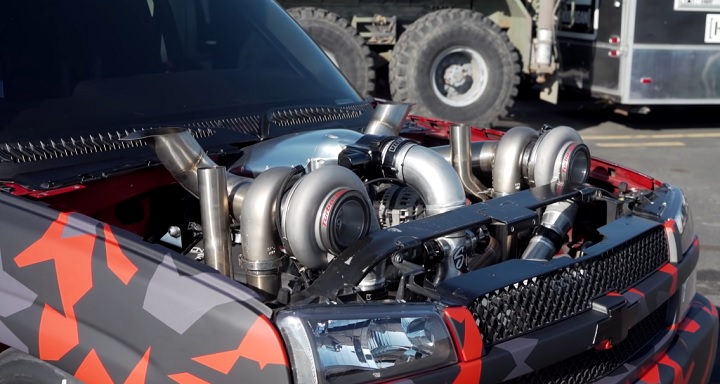 The Nissan GT-R has become a staple of the American drag strip since its introduction back in 2008 thanks to its relatively low cost of entry and blistering acceleration performance. The Chevy Silverado, by comparison, is a much less common sight at the raceway – unless you’re counting the trucks racers use to haul their cars to the strip. That said, this particular truck is no run-of-the-mill Silverado. It has an alcohol-fed, twin-turbocharged 427 cubic-inch billet block V8 sitting under the hood, which sends power to an upgraded four-wheel drive system through a racing-prepared three-speed automatic transmission. The interior is also fully stripped – save for the stock dashboard, a single bucket seat, a Holley digital dash display and billet racing steering wheel. 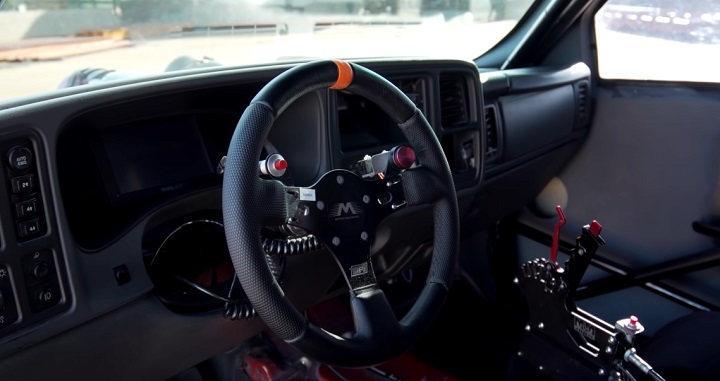 While the GT-R is a rather predictable choice among drag and roll racers these days, this particular example is unique. It started out life as a regular 2012 Nissan GT-R, but now features lightweight carbon fiber body panels, a 4.3L billet V6 block and 68 mm Precision turbochargers, among countless other upgrades. The owner estimates the car produces anywhere between 1,700 and 2,200 horsepower depending on the boost level, setup and other factors. Despite being a fully road-legal car, it recently recorded a jaw-dropping quarter-mile time of 7.54 seconds. As the owner says, after the run, they can just “swap the tires and drive right home.” 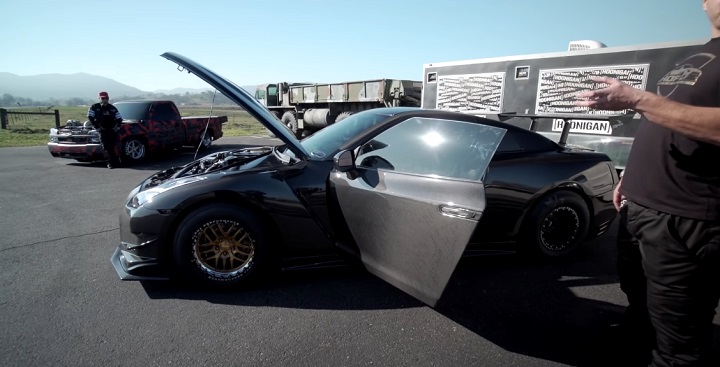 We don’t want to ruin this matchup for readers before they get the chance to see it themselves, but let’s just say this ends up being one very close matchup – despite the lack of similarities between the two cars. Check it out in the video embedded just below.