A new series of photos captured by GM Authority spy photographers has revealed the interior of the upcoming Chevy Seeker crossover for the Chinese domestic market. 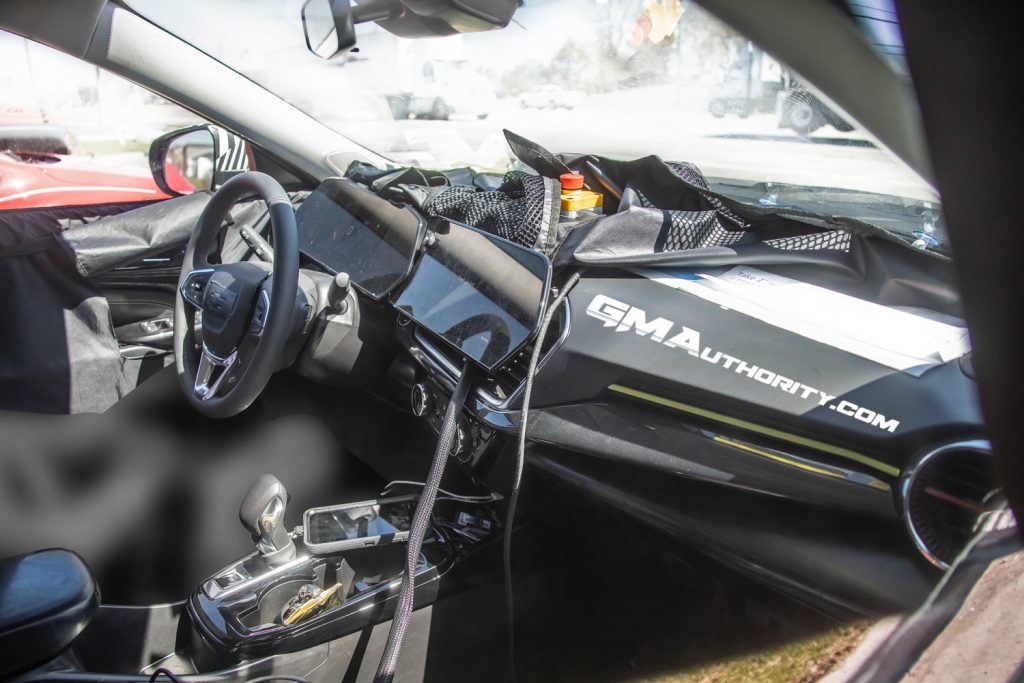 This photo gallery shows the dashboard design of the Chevy Seeker, along with its instrument panel, steering wheel and parts of its center console. The most interesting aspect of these interior shots is the pair of widescreen infotainment displays that are mounted to the dash. These display screens look similar to the screens seen in the official Chevy Equinox EV interior images, with the instrument panel screen stacked on top of the central infotainment screen. That said, it’s a bit difficult to tell if these are production-spec display screens, as the way they are mounted to the external part of the dash makes them look like a bit of an afterthought. The central screen also seems to obscure HVAC vents behind it, while the driver’s display partially obstructs the push-button start. It’s possible this dual-screen setup will be optional on the Chevy Seeker and has been applied to this prototype model after the fact for testing purposes. 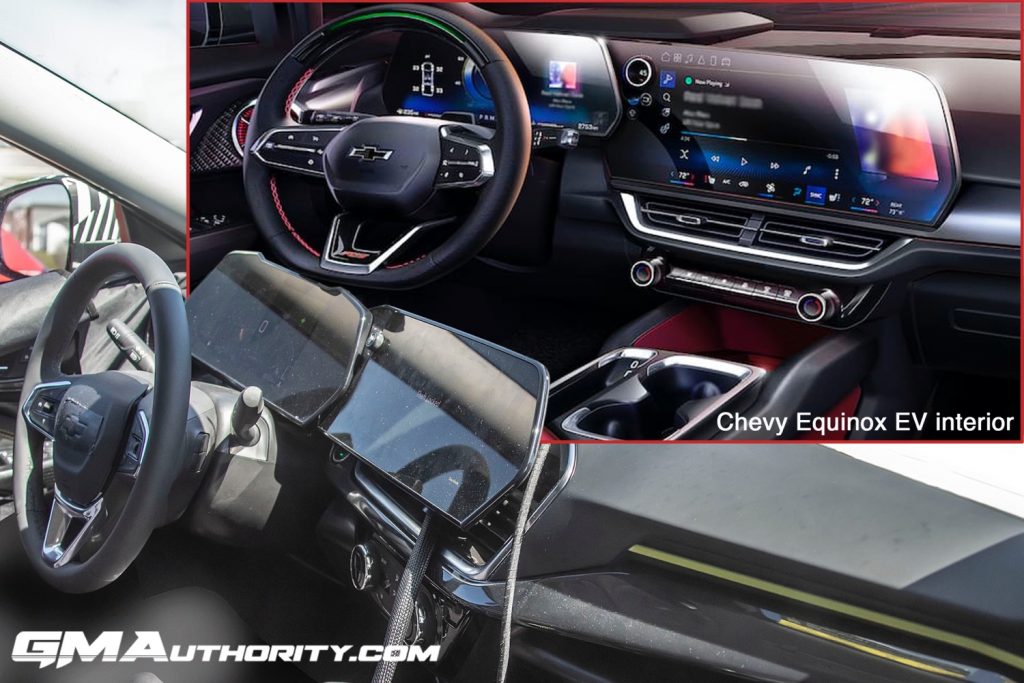 The cabin of the Chevy Seeker may also pull some inspiration from the Chevy Blazer. The dash and center console design takes on a somewhat sporty appearance, while the circular air vents are similar to those used in Chevy’s larger Camaro-inspired crossover. This model also appears to feature black leather upholstery with yellow contrasting stitching and a yellow-accented dashboard. While many GM vehicles use its Electronic Precision Shift system with push-button or rotary dial gear selectors, this Seeker prototype has a traditional lever-style gear selector. It’s joined by a three-spoke, leather-wrapped steering wheel with multifunction button controls and a (poorly) obscured Chevy badge on the airbag. 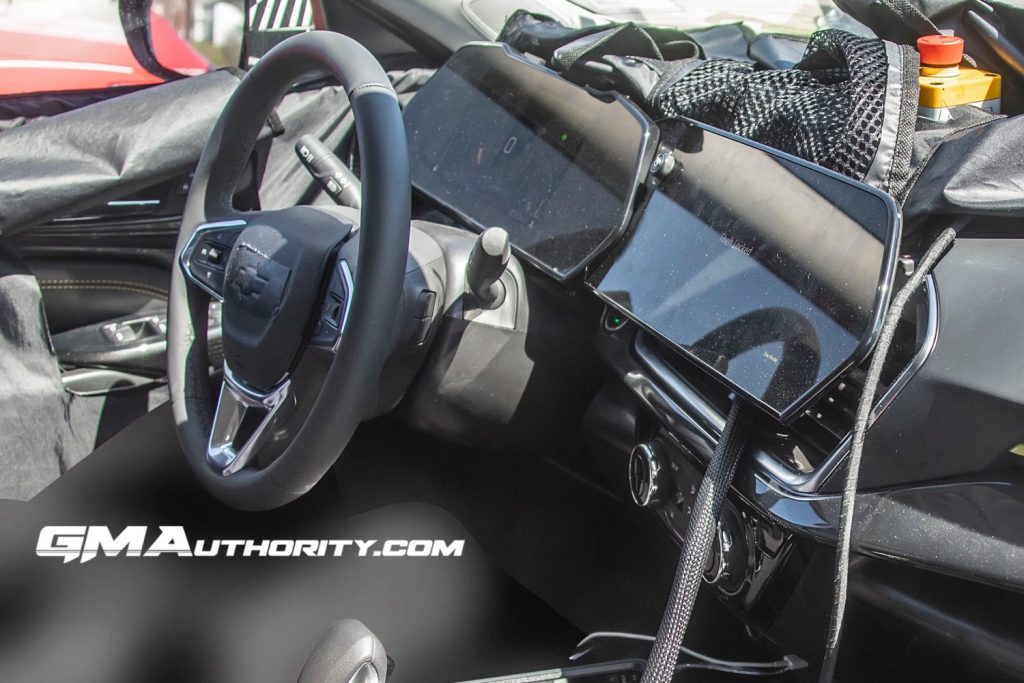 As GM Authority reported previously, the Chevy Seeker is a new compact crossover that will slot in between the Chevy Trailblazer and the Chevy Equinox in the automaker’s Chinese product portfolio, and will be built on the GM VSS-F vehicle set. Power is expected to come from a 177-horsepower, turbocharged 1.5L engine. It will also be offered in a sporty RS variant locally, similar to other Chevy crossovers like the Equinox and Blazer. Leaked images of the vehicle already revealed its exterior styling, which takes after the Chevy Blazer with sporty looks and thing LED headlamps. 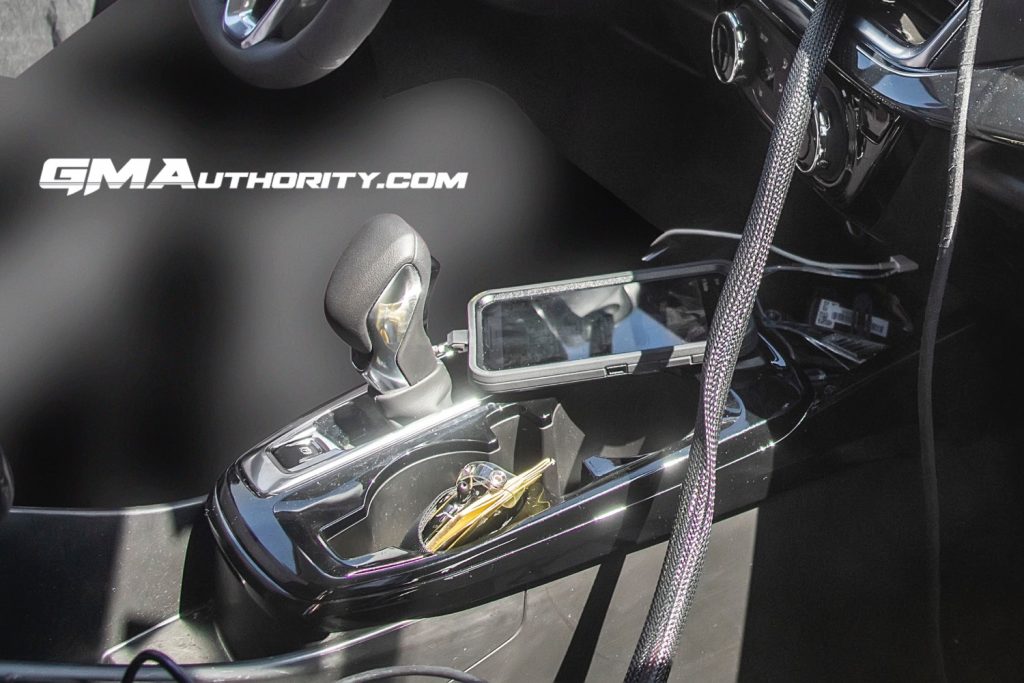 Our sources tell us the Seeker is not destined for the U.S. or Canada, although it might make its way to Mexico via import from China. GM Authority will have full details on the Chevy Seeker following its debut in the coming months, so be sure to subscribe to GM Authority as we bring you the latest Chevy Seeker news, Chevrolet news and ongoing GM news coverage.