The Chevy II was the name originally given to the Chevy Nova. For the 1962 model year, Chevy introduced a small, basic economy car competitor for the Ford Falcon. The Nova moniker was among the finalists for the car’s name, but lost out as it did not start with the letter “C.” The Nova name was applied to top-of-the-line Chevy IIs instead. 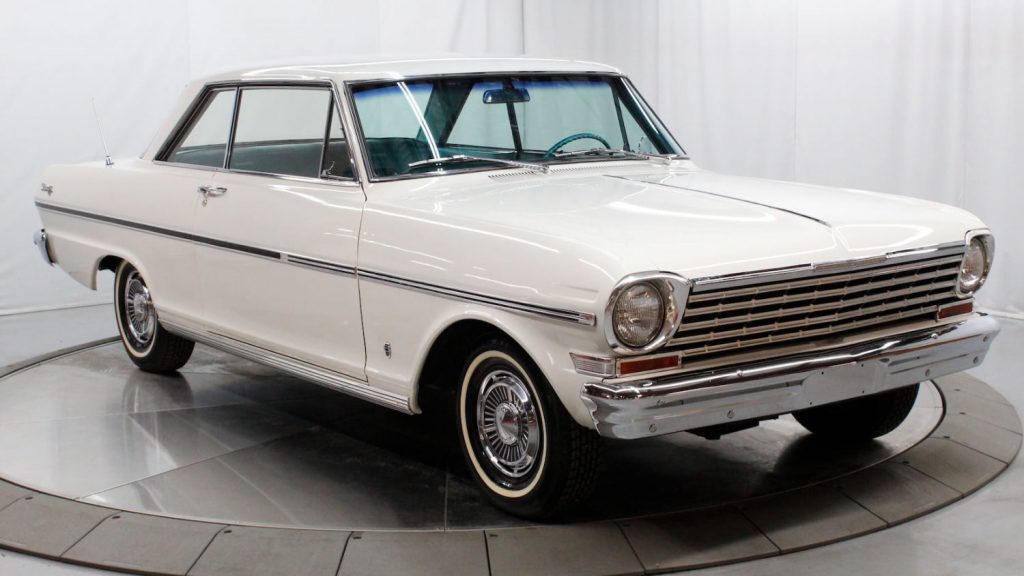 The Chevy II line could be had with the 153 cubic-inch inline four cylinder or the 194 cubic-inch inline six cylinder, both of which had overhead valves. There was no V8 engine available, either from the factory or as a dealer-installed option in 1962 or 1963. 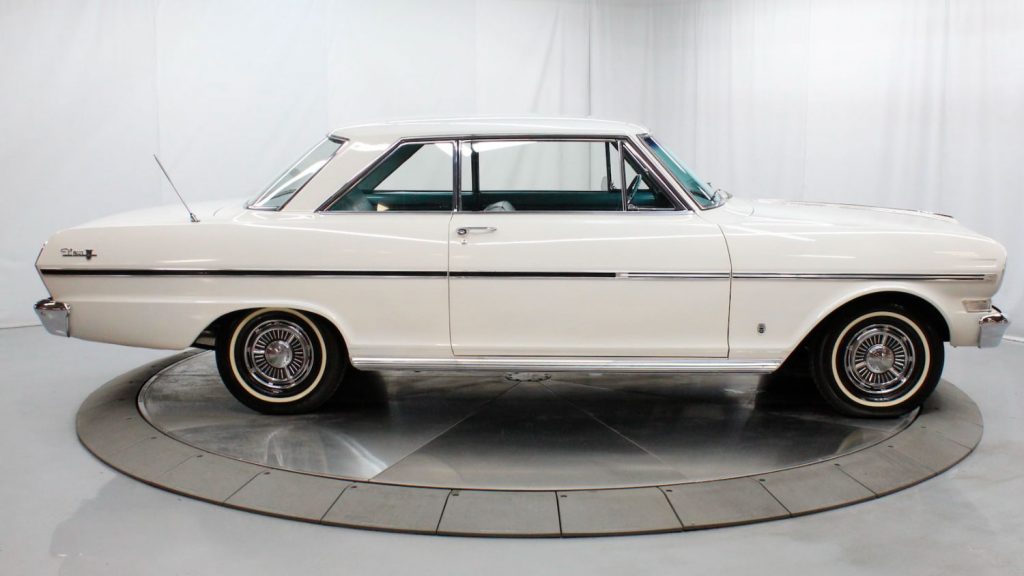 Our feature car is a 1963 Chevy II Nova hardtop in Ermine White with a combination vinyl and fabric aqua interior. The Nova is powered by the 194 cubic-inch inline six cylinder engine backed by the two-speed automatic transmission. The Chevy II Nova is in remarkable unrestored condition, having accumulated only 49,632 miles from new. The exterior finish retains great gloss. Chrome bumpers, trim, and other brightwork gleams under fluorescent light. Painted steel wheels wear polished hubcaps, and are wrapped in whitewall radial rubber. Glass is crystal clear throughout, and the weatherstrip is in fine nick. 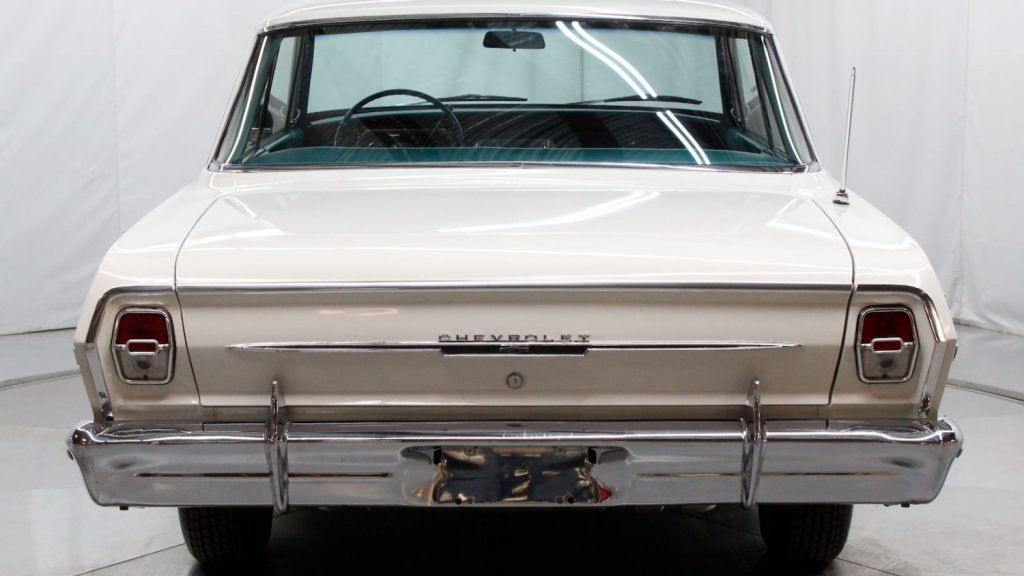 The cabin of the Chevy II Nova is in outstanding condition. Carpets appear to be colorfast. The front and rear bench seats show very little sign of use, with just a bit of discoloration on the driver’s side seat bolster. The steering wheel, dash, and gauges all look to be showroom fresh. Door panels are equally sharp. The Nova is equipped with a factory AM radio and tinted glass. It’s clear this little Nova has been kept inside, away from the sun’s damaging rays. 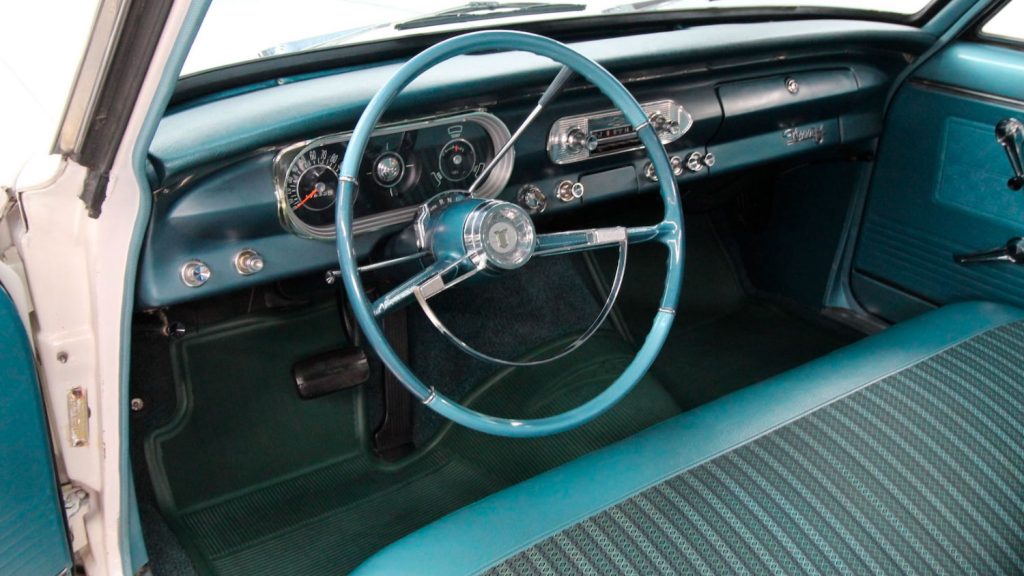 The Chevy II Nova’s trunk is coated in factory speckle paint and trunk mat. It is home to a whitewall spare and the factory jack. 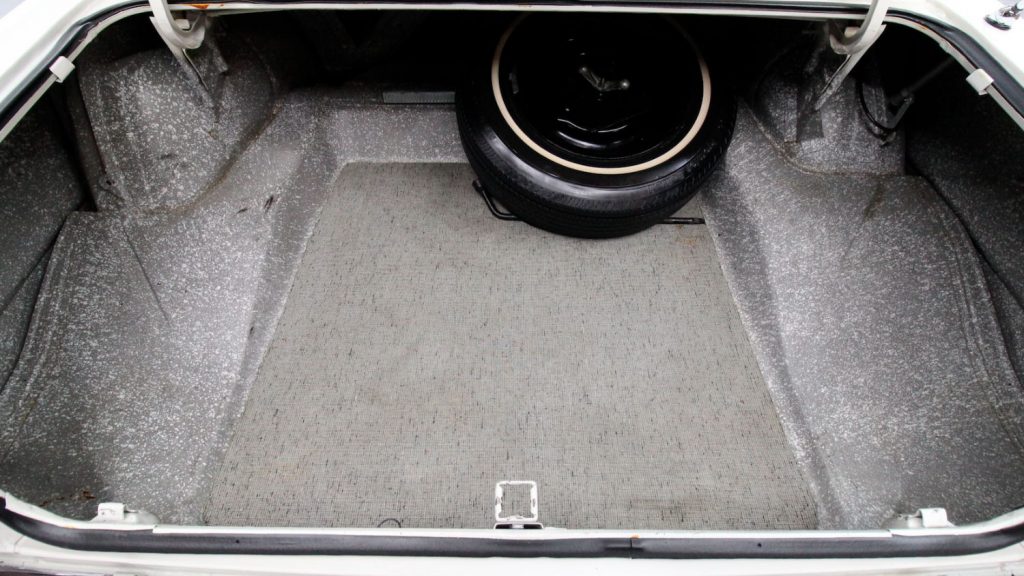 Under the hood of the Chevy II Nova, the engine bay looks to be largely original. It is fairly well detailed, with appearance consistent with a low-mile car. 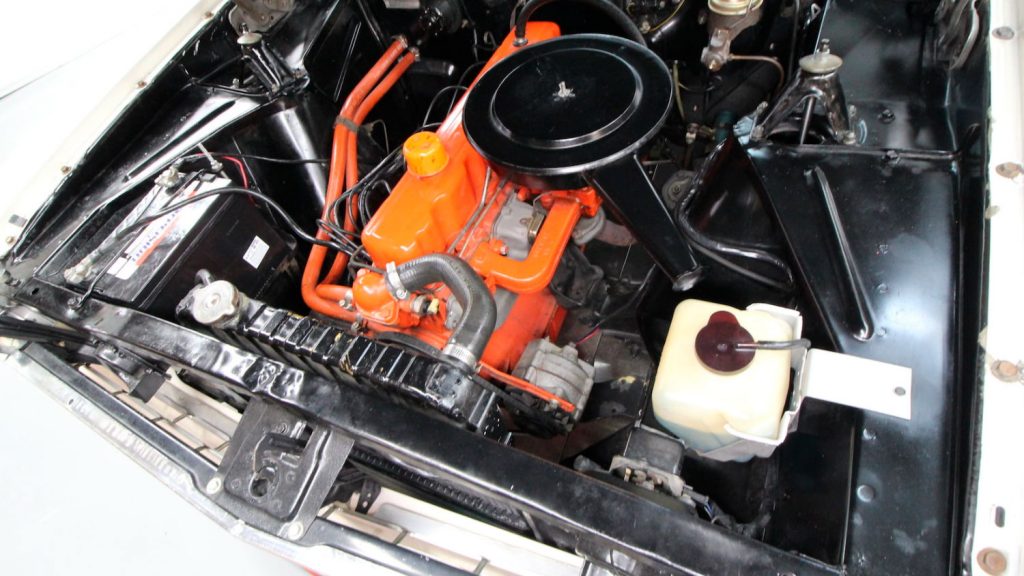 This tidy Chevy II Nova will cross the auction block at the Mecum Auctions Indy sale at the Indianapolis State Fair Grounds May 13th through the 21st. 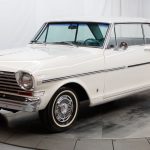 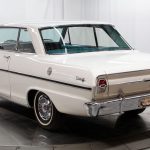 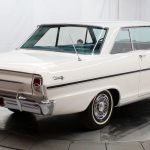 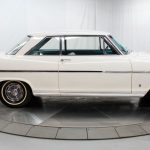 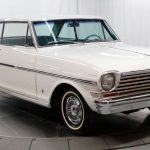 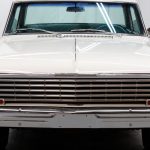 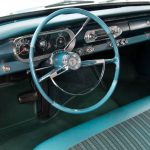 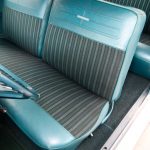 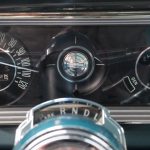 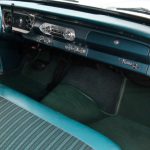 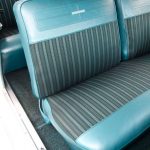 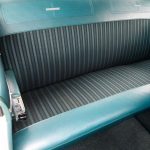 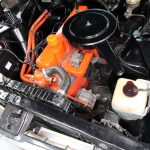