This supercharged 1965 Chevy Chevelle restomod has a long history with the current owner, and now, it’s sitting pretty with a wealth of custom touches and over 600 horsepower on tap. 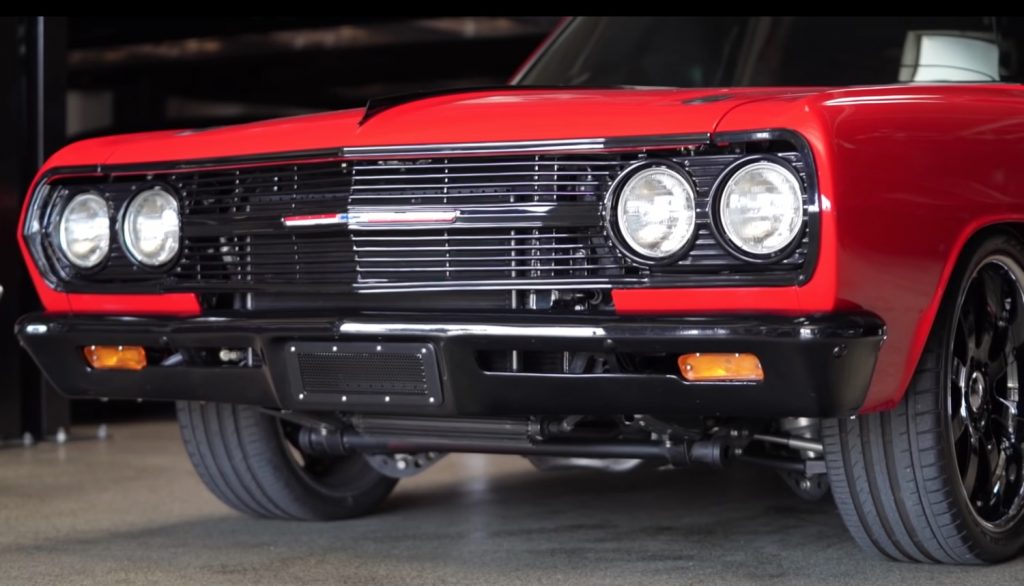 Coming to us from AutotopiaLA, the feature video details all the good stuff that went into making this Chevelle so special. The current owner, John, first got the car in high school, but later sold it. However, after reminiscing over his long-lost ride with his buddy about a decade after the fact, John got a call from his friend that he had tracked down the high school sweetheart, leading to John reacquiring it and building it into what it is today.

Although the majority of the build was done in John’s garage, the car was almost lost a second time after a paint shop closed up and “forgot” to give it back, but luckily, John managed to find it again a few years later. 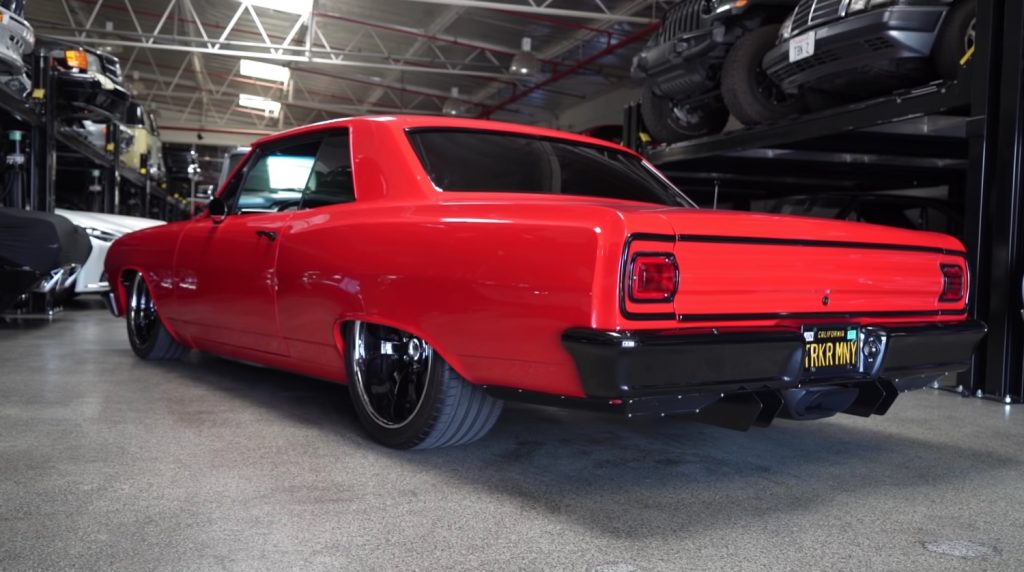 Now, this Chevelle is covered in stunning paint plucked from the Corvette Z06 color catalogue, which is paired with black trim front to back. The rear end is equipped with a subtle rear diffuser and trick center exhaust treatment, the latter of which includes three-inch piping and Magnaflow mufflers. The stance is hunkered down low over some three-piece Donz forged wheels. 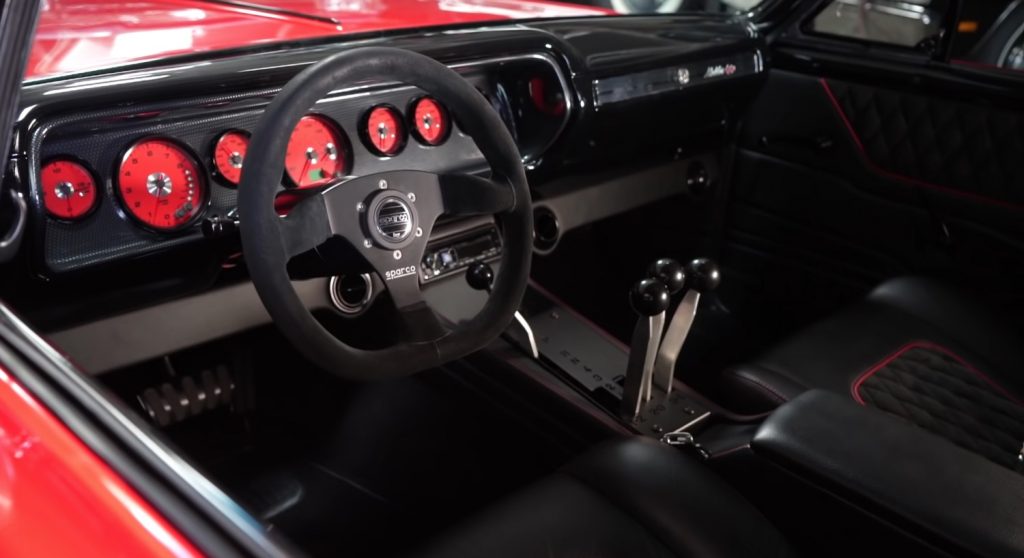 Inside, John’s Chevelle runs a Sparco steering wheel and carbon gauge cluster, while Alcantara and leather combine for the upgraded upholstery. You’ll also find a fuel cell tucked away in a “briefcase” in the trunk. 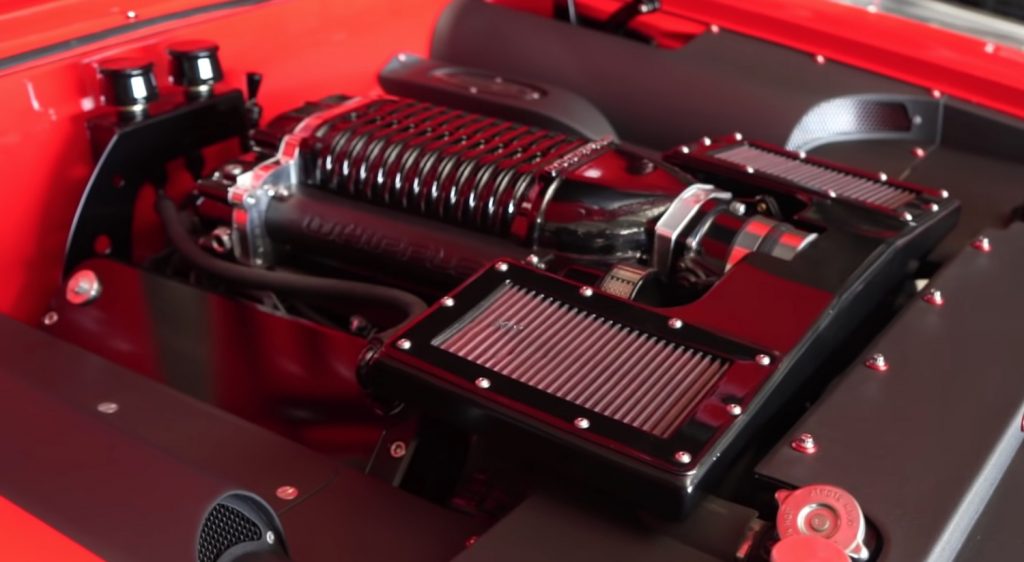 Popping the hood, we see this Chevelle is running a 355 cubic-inch V8 topped with a Whipple supercharger. Output is around 600 horsepower at the wheels, while race gas ups the ante to over 800 horsepower. The engine mates to 765R4 transmission by Bow-Tie Overdrive, controlled by a Kilduff drag-racing-style shifter and feeding a Ford nine-inch rear end and 3.73 gearing. 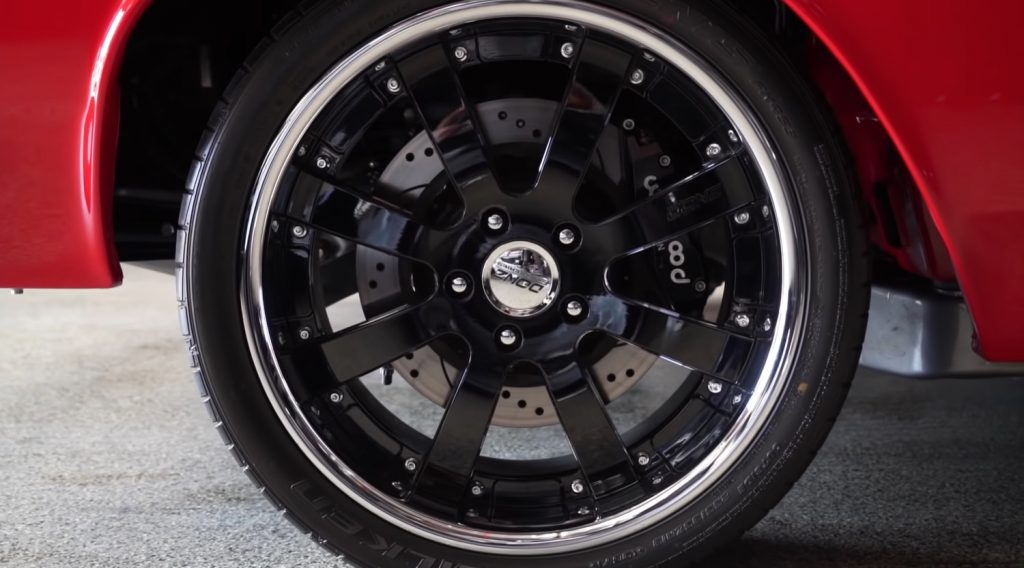 The frame is factory, but upgraded with stiffeners and a few other techniques to make it a little more rigid. Keeping it slammed is a Ridetech ShockWave suspension setup, while 14-inch Wilwood brakes throw the anchor.

Get the full rundown on this Chevelle, as well as driving impressions, by hitting play right here: