General Motors will introduce a full model refresh with the launch of the upcoming 2024 Chevy Silverado HD, ushering in a long list of changes and updates for the heavy-duty pickup nameplate. Now, we’re taking a look at this refreshed 2024 Silverado HD prototype that was spotted towing none other than the current GMC Sierra HD Denali. 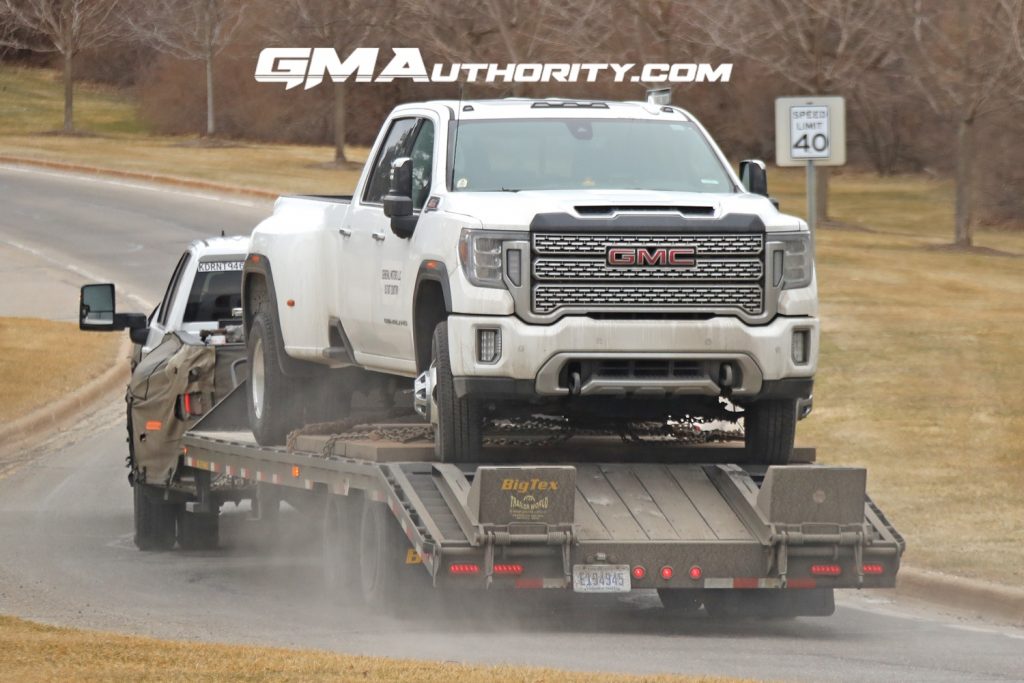 This particular refreshed 2024 Chevy Silverado HD model appears to be a 3500HD Dually (dual rear wheels) in the Crew Cab body style. However, this particular example is not the same prototype that GM Authority covered late last week – as readers may recall, that particular prototype was the base-model Work Truck trim level, as indicated by its black door handles, black window trim, and steel wheels. By comparison, this particular model appears to be a 2024 Silverado HD LT, as indicated by the body-color door handles, the wheels, and the chrome window surrounds.

Although we can’t see the front end, it’s covered in heavy camouflage, obscuring the reshaped front fascia, horizontal grille slats, and revised forward-facing lighting bits. The profile view is also obscured by camo covering the fenders, while the vehicle trailer is attached via a gooseneck hitch. The rear end of the refreshed truck will incorporate further styling updates for the fenders, tailgate, and taillights. 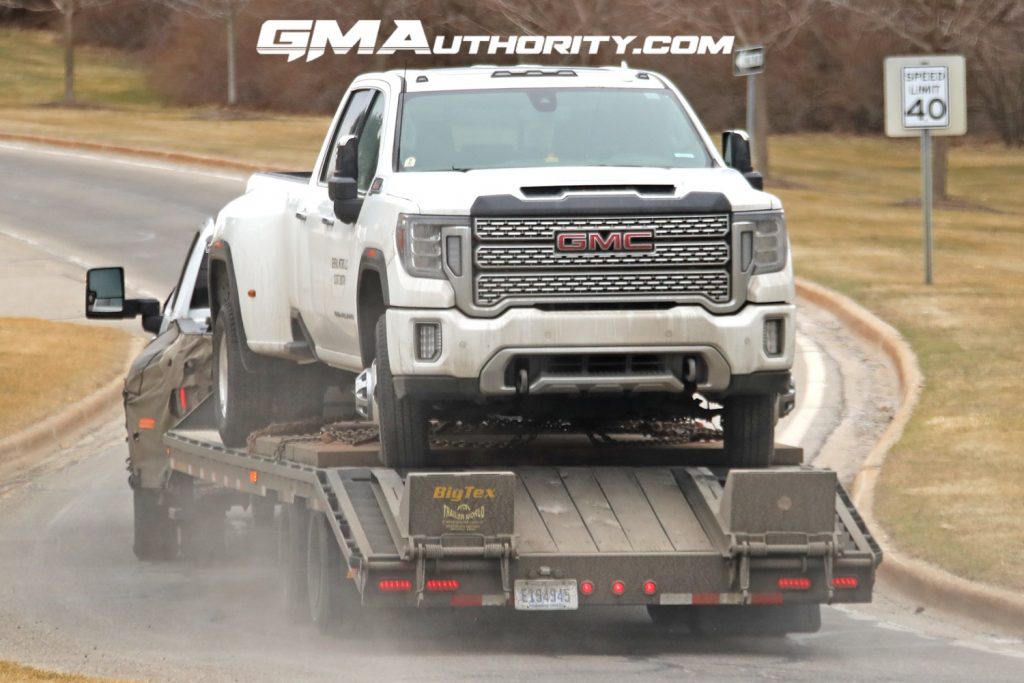 Although we can’t make it out from here, the refreshed 2024 Chevy Silverado HD will also introduce a fully overhauled interior that takes after the refreshed 2022 Silverado 1500 in terms of design. Under the hood, the refreshed HD truck will arrive with a powertrain update that will include a substantial boost in output for the Duramax diesel engine, expected to throw down with nearly 1,100 pound-feet of torque and over 500 horsepower, as compared to the 910 pound-feet of torque and 445 horsepower produced by the current 6.6L V8 L5P turbodiesel Duramax.

Want all the latest on this model and other? Then make sure to subscribe to GM Authority for more Chevy Silverado news, Chevy news, and around-the-clock GM news coverage.