A new viral video uploaded by the ViralHog channel on YouTube shows a red Oldsmobile Alero sedan getting t-boned by a Ram pickup at an intersection after appearing to run a red light. 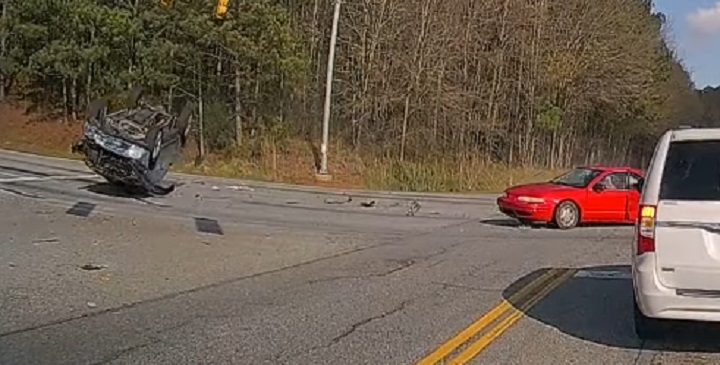 This video was filmed from the perspective of a motorist that was sitting behind another vehicle at the intersection, which is located at C-9-383 and Dobbins Bridge Rd in South Carolina. The video shows the red Oldsmobile Alero sedan approaching the intersection with a red light signal active and traffic travelling in the north-south direction. Despite the apparent presence of the red light, the Alero driver then proceeds into the intersection, where they are suddenly t-boned in the right rear by a fast-moving Ram pickup headed northbound. 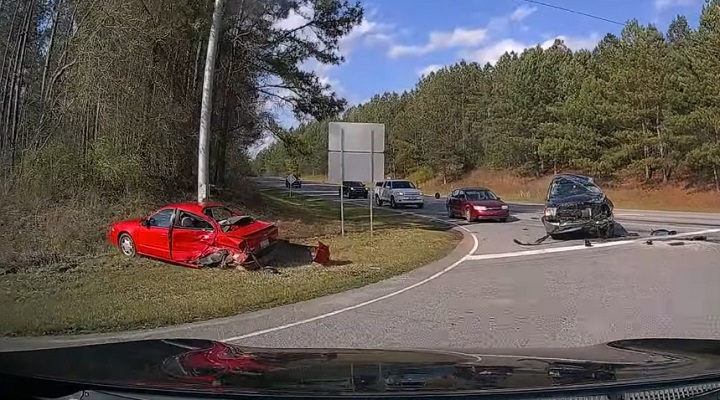 The high-speed impact from the crash rips the driver’s side rear tire off the Oldsmobile and causes the Ram to flip over on its roof as the passenger in the cammer’s vehicle expresses their shock at the rather scary events unfolding in front of them. The Oldsmobile Alero driver can then be seen driving the vehicle off the road and onto a nearby grass patch, despite the fact that the rear suspension and wheel are both now completely gone. 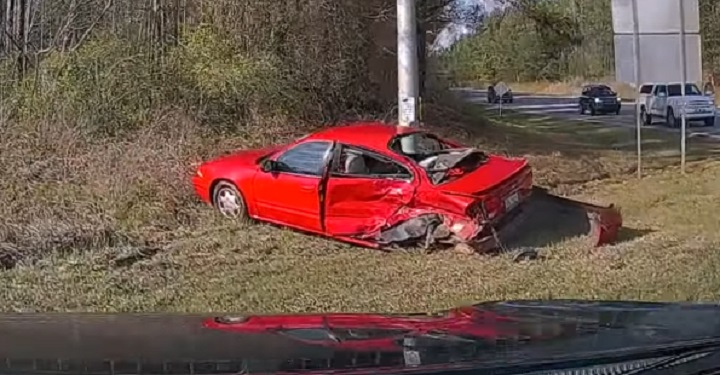 There were no fatalities in this crash, according to the description of the video, which is very lucky given the massive damage suffered by the Alero and the Ram’s caved-in driver’s side roof section. The Oldsmobile driver was quite lucky that the Ram hit their rear passenger’s door, as well, because this could have been much worse had it made contact with their driver’s door instead. Occupants of both vehicles are also lucky the intersection was quite busy, as the cammer was able to respond to the crash scene quickly and place a call to 911.

Check out the crash in the video embedded below.