Ross Chastain’s No. 1 Nascar Camaro led exactly one lap on his way to Victory Lane at Talladega Superspeedway on Sunday: the last lap.

The No. 43 Next Gen Camaro ZL1 of Erik Jones held down the front of the field as the white flag approached, throwing blocks on the No. 5 Camaro of reigning Nascar Cup Series champion Kyle Larson. Chastain’s No. 1 Camaro sat precariously in third place. On the last lap, Larson’s No. 5 Camaro shot up the racetrack in an attempt to use the high line to his advantage and make the pass for the lead. 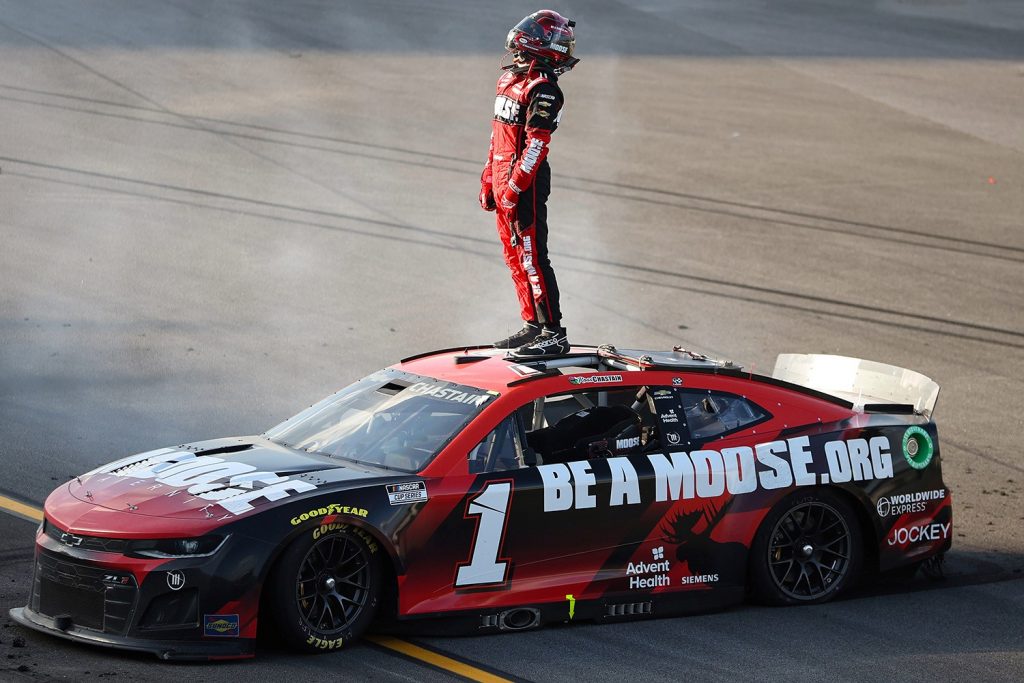 However, Larson contacted the No. 45 Toyota TRD Camry driven by Kurt Busch, sending Busch into the wall, and the No. 43 machine of Jones snapped loose. Busch’s No. 45 Camry hooked the No. 23 Camry driven by Bubba Wallace, and the teammates wrecked across the line. Meanwhile, Chastain threw his No. 1 Camaro low and quietly assumed the lead on the front stretch while the field jostled behind him, securing his second win of the 2022 season.

“Holy cow, we didn’t do anything,” Chastain commented the radio after he crossed the finish line. “We just stayed down there.” 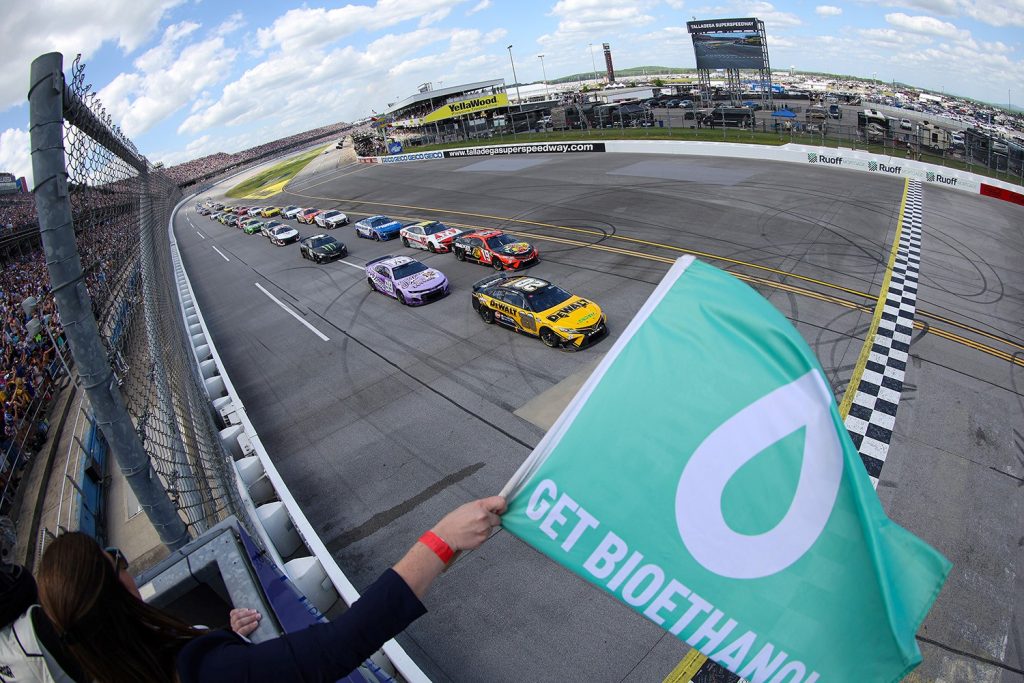 After the race, Chastain explained his last-lap strategy. “I’m always the one going to the top too early and making the mistake and there at the end, with like eight to go I was like, ‘I’m not going up there again, I did that a couple times today,'” he said. “I was like, I’ll just drive the bottom, I’m not going to lose the race for us. They just kept going up and moving out of the way.”

Austin Dillon in the No. 3 Chevy finished second behind Chastain, while Bristol dirt winner Kyle Busch’s No. 18 Camry crossed the line in third. Larson finished fourth in the No. 5 Camaro, and Martin Truex Jr. in the No. 19 Camry rounded out the top five. In total, 16 different drivers vied for the lead, with 41 lead changes.

Interestingly, Chastain’s Talladega-winning No. 1 Camaro was the same race car he drove to victory at COTA earlier this year.