Kiss frontman Paul Stanley is putting his personal 2022 Chevy Corvette C8 Convertible up for auction, giving fans a shot at owning not only a slice of automotive good stuff, but also a signed Paul Stanley Signature guitar to boot. 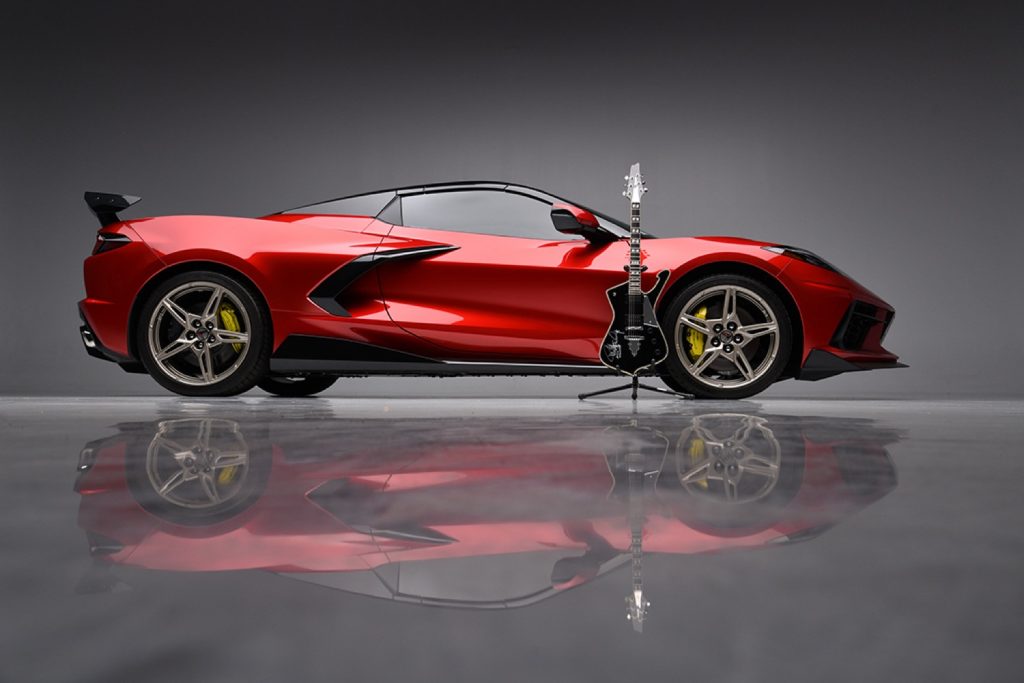 Let’s start with the car. Following the announcement of the 2022 Chevy Corvette Convertible, Stanley apparently reached out to GM president Mark Reuss directly to reserve one. “I spoke with Mark, and [Corvette Product Marketing Manager] Harlan Charles, and put together a combination that played on the C8’s touring and sports car aspects,” Stanley says.

The end result is the range-topping 3LT trim level and Convertible body style that’s bespoke to Stanley’s tastes. As the first Corvette produced for the 2022 model year, this particular vehicle also carries VIN 001. The exterior is draped in Red Mist Metallic Tintcoat paint, a hue which Stanley apparently developed with the Chevy design team. The red exterior is complemented by natural dipped interior upholstery and pewter-finished wheels. 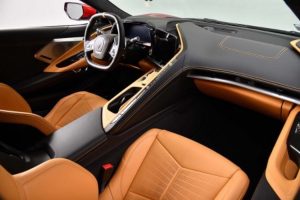 As for why Stanley is selling the vehicle, he said he simply “couldn’t do it justice,” adding “I want to make it available to somebody who might be able to get more out of it, whether it’s to add to a collection or to drive it.”

To sweeten the deal even further, the auction also includes an autographed Ibanez PS120 Paul Stanley Signature guitar, which makes this quite the offering for either a Corvette enthusiast, or a Kiss fan. 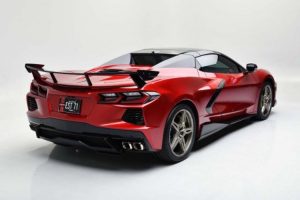 Mounted behind the cabin is the naturally aspirated 6.2L V8 LT2 gasoline engine, rated at 495 horsepower and 470 pound-feet of torque when equipped with the optional factory performance exhaust system. Under the body panels is the GM Y2 platform, while production takes place at the GM Bowling Green plant in Kentucky.

Now, the Corvette and the guitar are headed for the block at the upcoming 2022 Barrett-Jackson event in Las Vegas, offered at no reserve. The event is set to take place June 30th through July 2nd at the Las Vegas Convention Center.