First rolling off the line late in the 1953 model year, the Chevy Corvette has undergone a vast array of changes and updates over the course of its eight generations. Now, we’re going back to the original generation with a look at the very first production 1954 Corvette, as driven by Jay Leno. 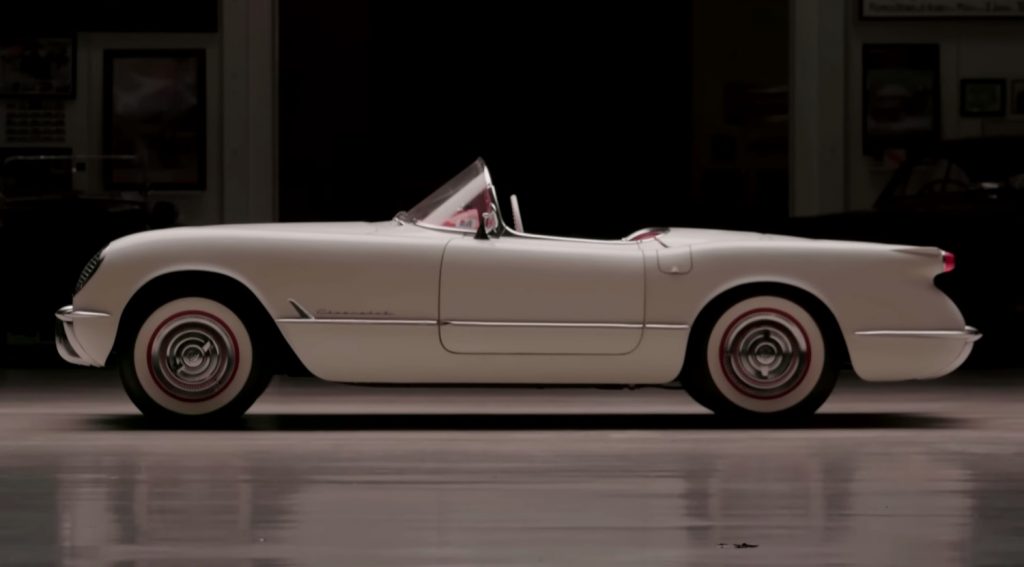 Once again coming to us from the Jay Leno’s Garage YouTube channel, the 30-minute video goes in-depth on this meticulously restored 1954 Corvette, providing a thorough walkaround, loads of specs, and some history. The video concludes with a driving experience, giving us a taste of what it’s like to climb behind the wheel of this incredible machine.

This 1954 Corvette belongs to master restorer Michael McCloskey, who also did a few other Vettes for Leno. However, McCloskey’s ’54 is on a whole other level in terms of attention to detail and accuracy, collecting some of the highest honors available in the Corvette community. That includes the approval of the National Corvette Restorers Society, which, as Leno points out, is “about as nit-picky as you can get.” 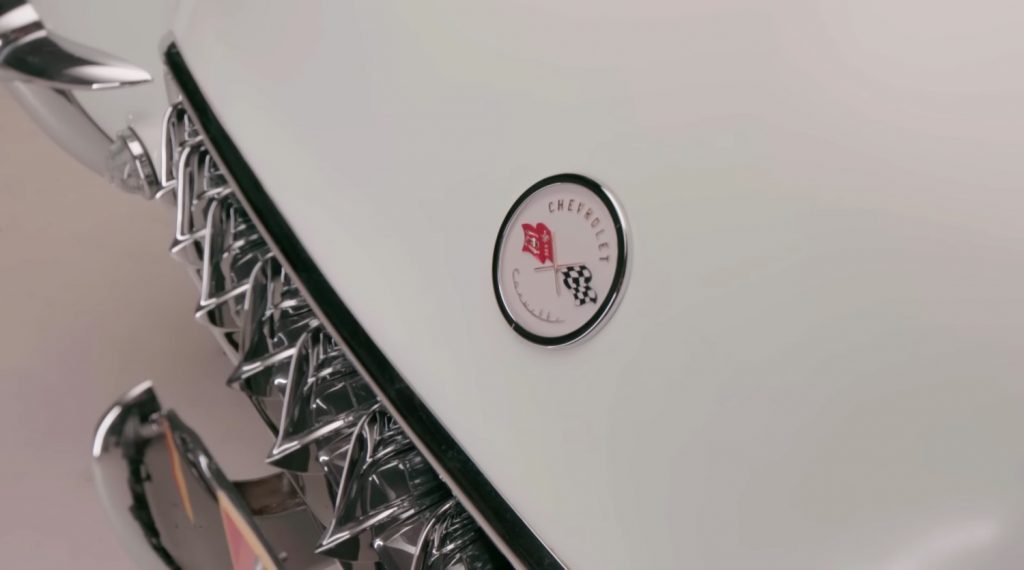 However, it’s been a long journey to get this Corvette to where it is today. McCloskey originally found the car in a fellow enthusiast’s backyard, where it had been sitting for about 35 years. Once McCloskey has acquired it, the master got to work restoring it exactly how it was the day it rolled off the production line, a process that took him about three years to complete.

When we say “exactly,” that’s no hyperbole – McCloskey paid attention to every little thing in making this 1954 Corvette as close as possible to original. That includes things like the suspension and stance, which looks a bit low in back to give it the appearance that it was “taking off,” as was the thinking back in the day. Or the minor imperfections in the Polo White paint finish. Even the wiring in the engine bay is the original color, down to individual wires.

Pretty amazing stuff. If you love C1 Corvettes, this video is definitely a must-watch: