The eighth-generation Chevy Corvette C8 first hit the scene for the 2020 model year, introducing an innovative mid-engine design that breaks from decades of tradition. GM is currently working towards the launch of several new variants of the Chevy Corvette C8 that promise even more performance, and now, we have images of a new prototype caught testing on public roads in some heavy camouflage covers, a model which some believe could be the new Corvette ZR1, or the new Corvette E-Ray. 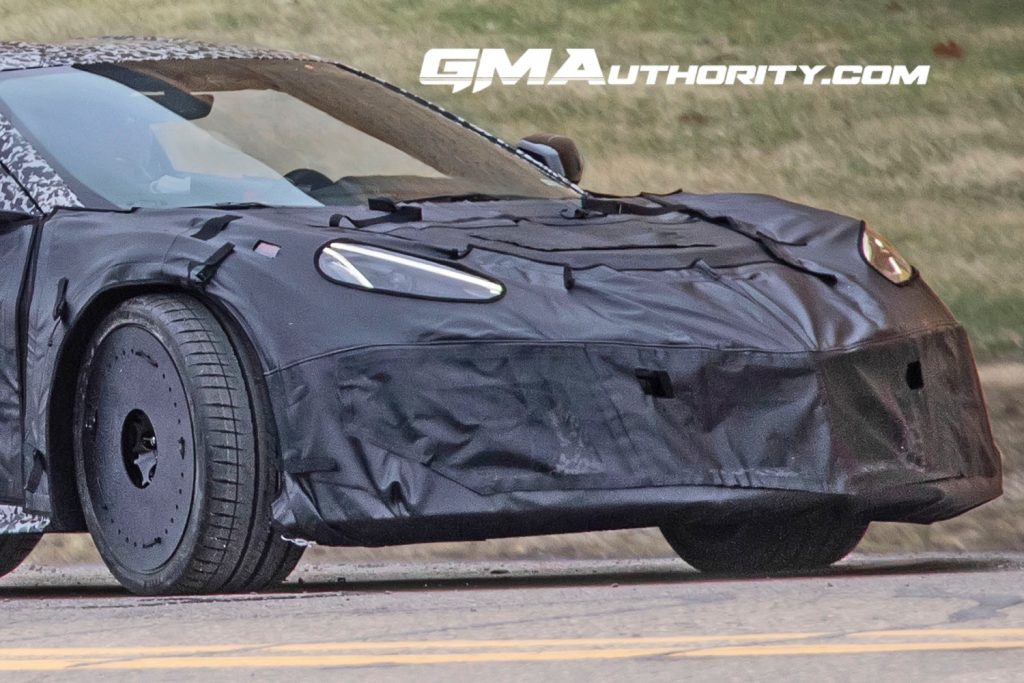 From the off, we should mention that although several other publications may refer to this Corvette C8 prototype as the new Corvette ZR1, that is in fact incorrect. Rather, according to GM Authority sources, this particular prototype is actually the new Corvette E-Ray.

The first thing to strike us about this Corvette E-Ray prototype is the widebody design, which is plain to see, no matter how much camouflage is added. Also of note are the wheels, which, despite the disc covers, reveal a new design not yet seen anywhere in the current Corvette C8 lineup. Although it’s difficult to tell, the wheel design does not match the Corvette C8 Z06’s open-spoke rollers or its optional five-spoke carbon fiber wheels, and rather, presents a unique design that incorporates a technical multi-spoke layout. More on that shortly. 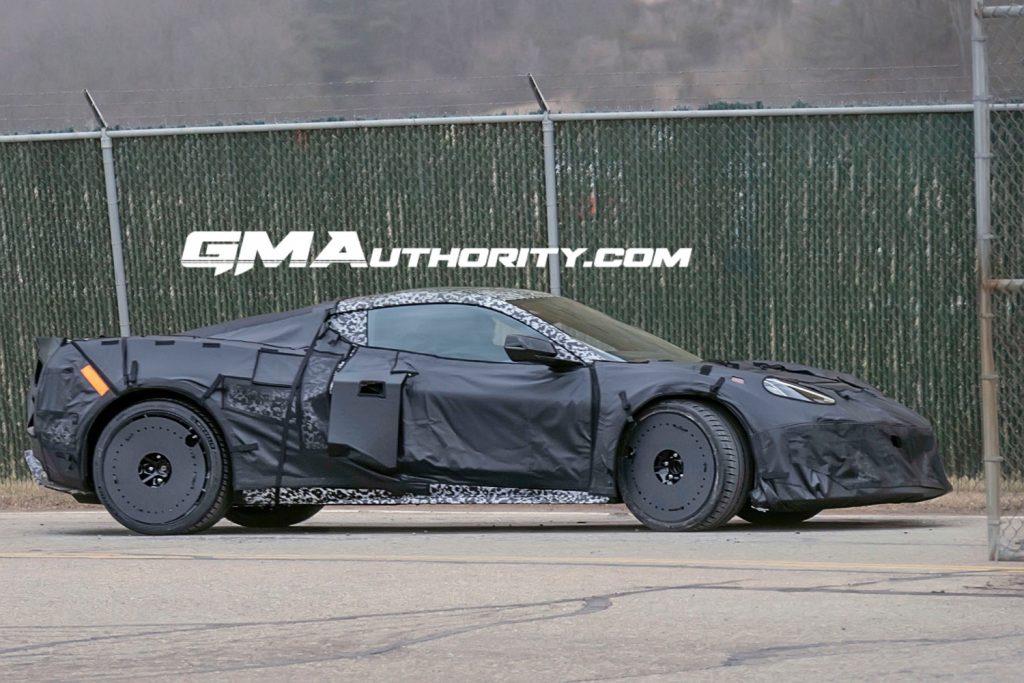 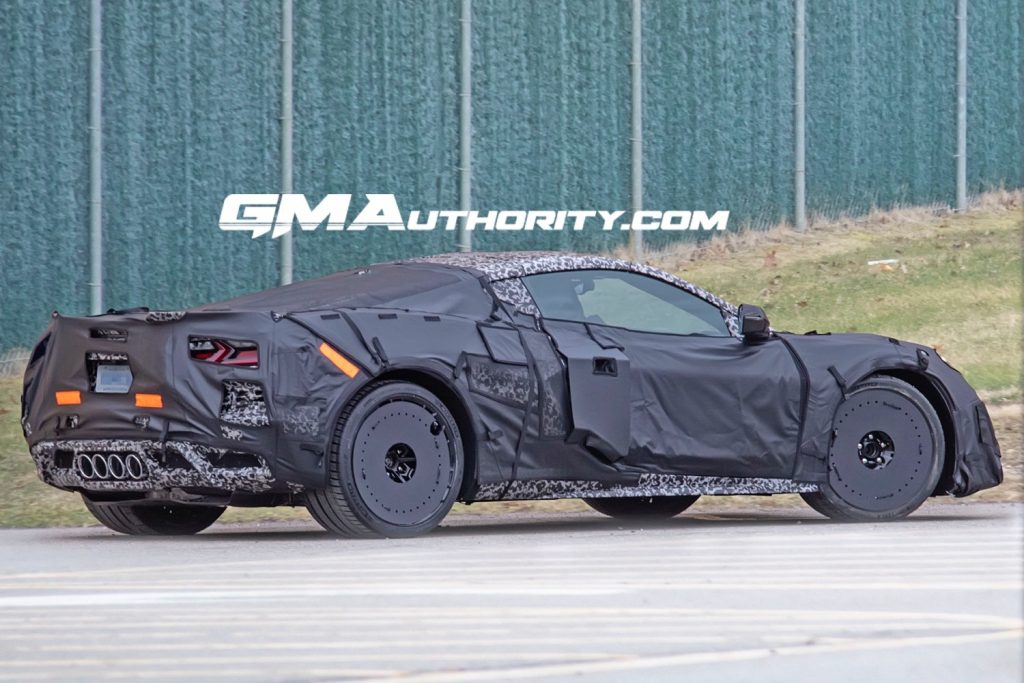 Critically, GM teased the new Corvette C8 E-Ray this morning with a brief video that shows the upcoming model accelerating on snow. Notably, the teaser video gives us a glimpse of the new Corvette E-Ray’s unique five-spoke wheels, which appear to have the same inner design around the lug nuts as the prototype model featured here, lending further evidence that this prototype is not the new Corvette ZR1. 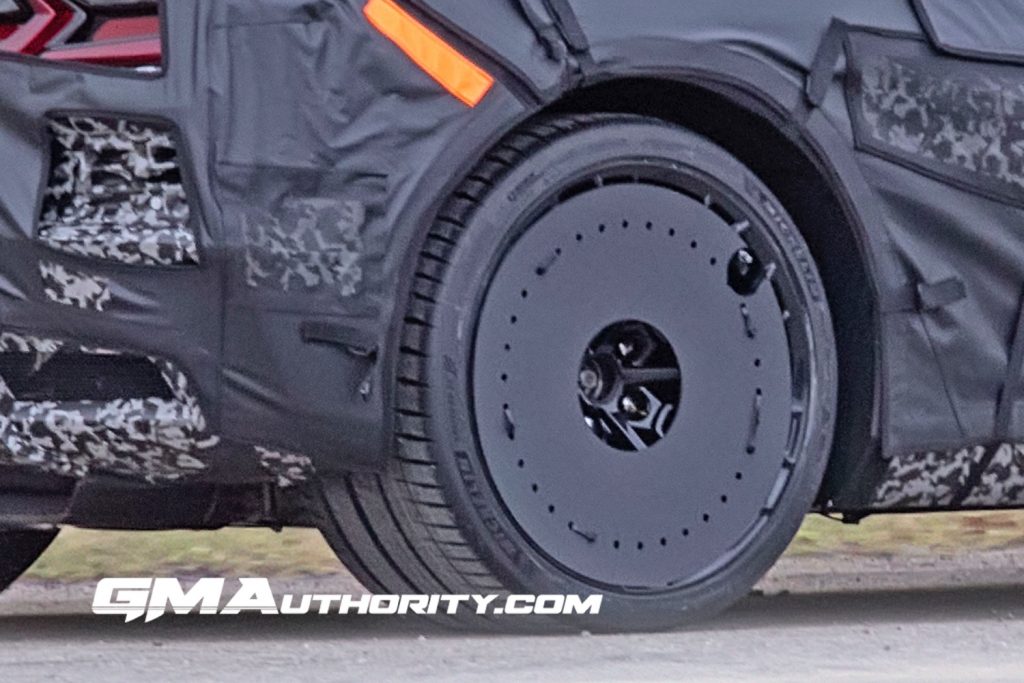 As for specs and expectations, the new Corvette E-Ray will combine the naturally aspirated 6.2L V8 LT2 gasoline engine of the C8 Stingray with a new hybrid power system, resulting in the first-ever hybrid production Corvette. What’s more, the new hybrid powertrain will drive the front and rear wheels, resulting in the first-ever all-wheel drive production Corvette.