General Motors is developing an all-new third generation for the GMC Canyon pickup nameplate, set to debut for the 2023 model year. Now, we’re taking a closer look at what the 2023 GMC Canyon’s headlights will look like thanks to the following prototype model. 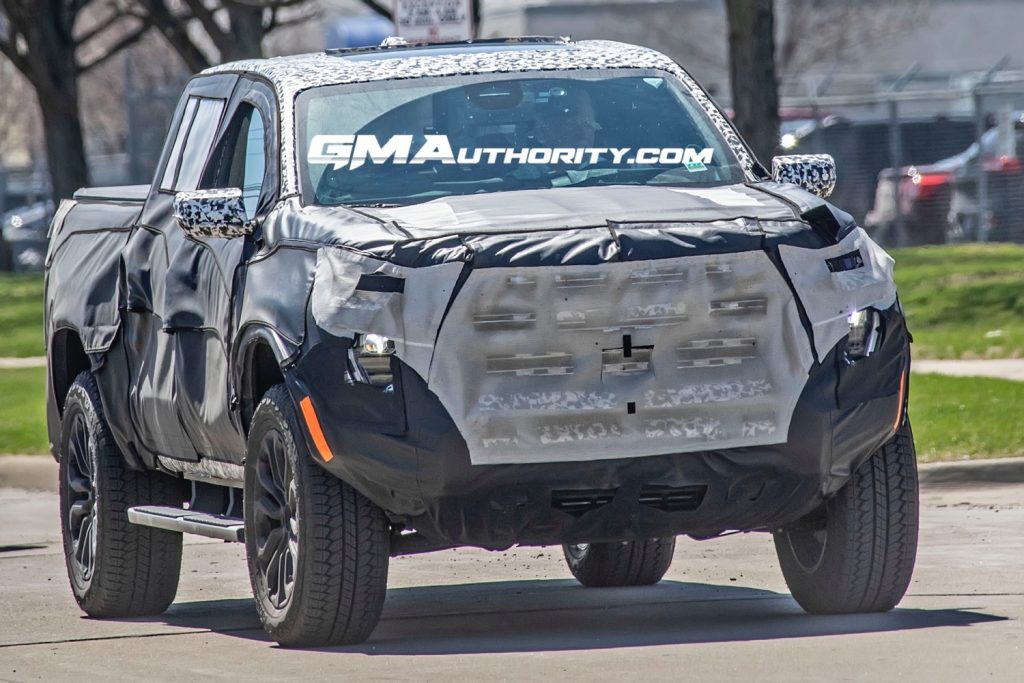 Although this 2023 GMC Canyon is draped in heavy camouflage that obscures the front end, there are still a few noteworthy details that we can pick out. The grille, for example, incorporates thin, horizontal slats that run across the width of the nose, with very thin slats up top and slightly thicker slats along the bottom.

Critically, the front end also shows off the 2023 GMC Canyon’s new headlight design. While the current Canyon uses a square headlight housing with horizontal lighting signatures along the top and bottom, the third-gen Canyon looks to utilize a stacked, vertical design that more closely resembles that of the refreshed 2022 GMC Sierra 1500. 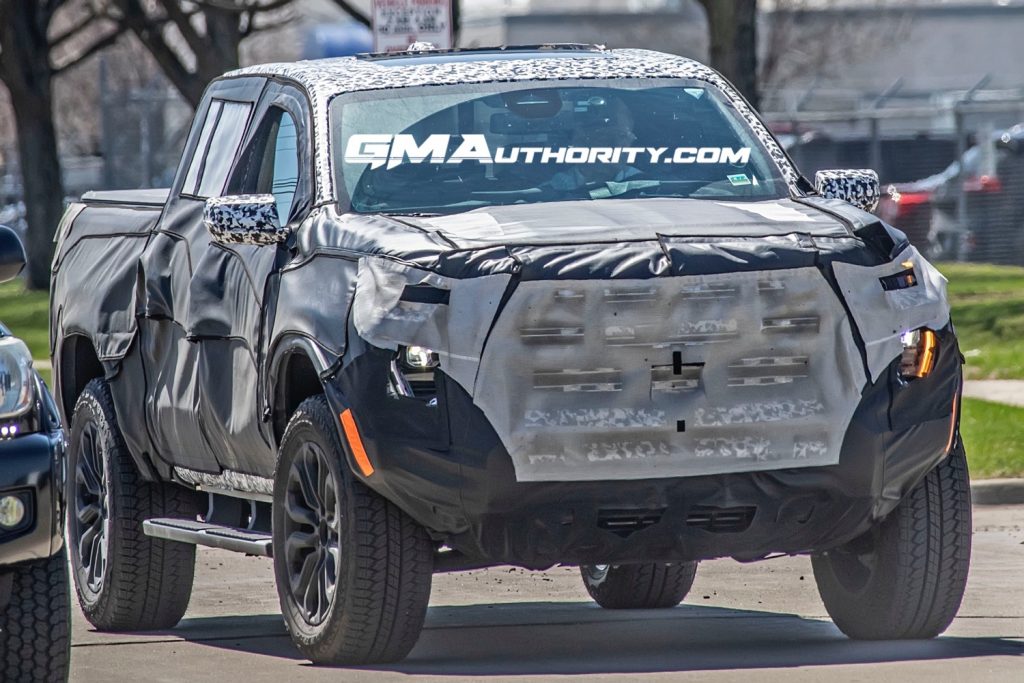 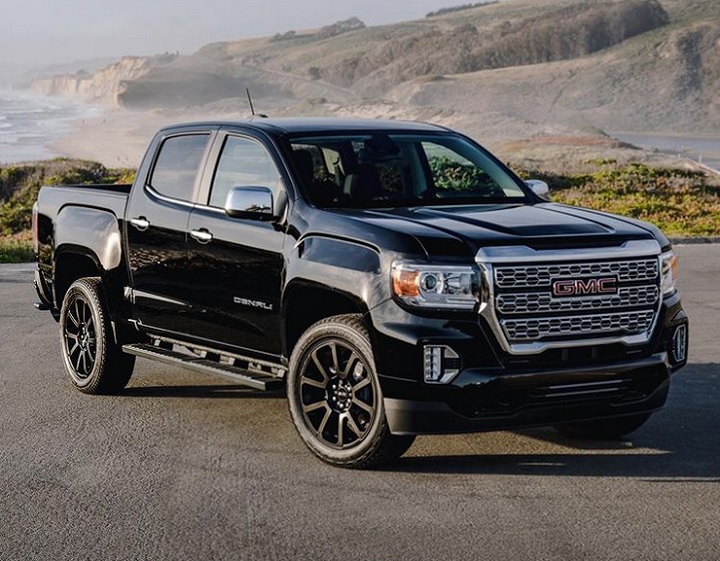 The new GMC Canyon headlight design incorporates LED lighting signatures along the outer edge of the housings that double as amber turn indicators, as seen with this particular prototype model, which is signaling to turn left. 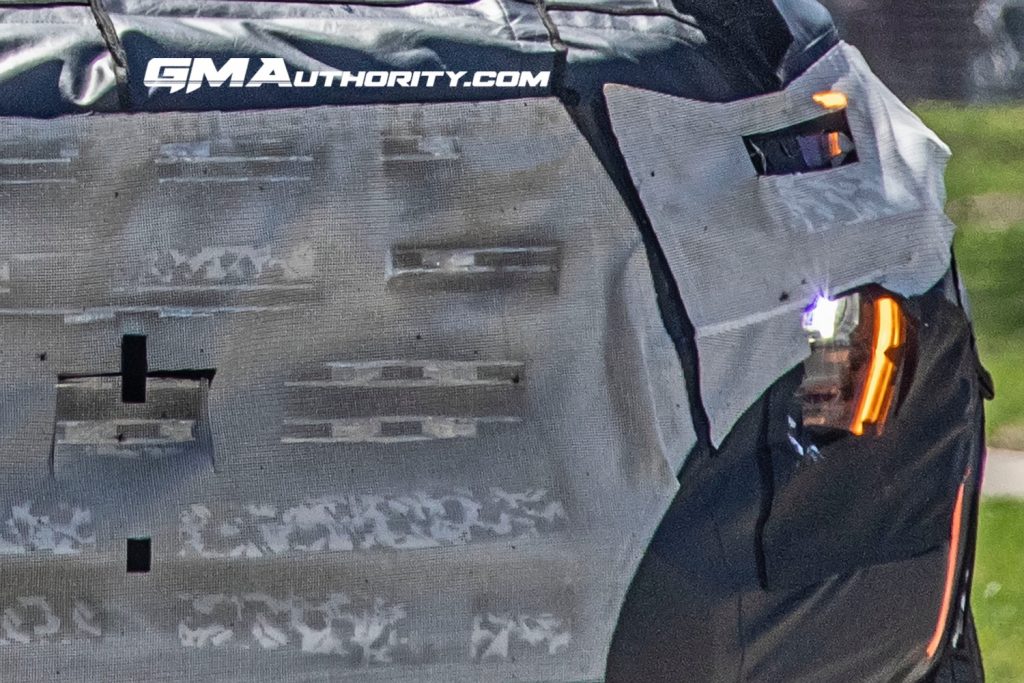 As for the trim level, this 2023 GMC Canyon prototype looks to mix both Denali and off-roader elements. The grille design has a Denali-esque mesh, while in the sides, we see running boards that appear to be a bit out of place for something ready to hit the trails. At the same time, the front bumper looks like it has a good amount clearance to it, while in the corners, this prototype is running Bridgestone Dueller A/T RH-S rubber, a compound that’s a bit more aggressive than the current Canyon Denali’s Bridgestone Dueller H/L Alenza tires. 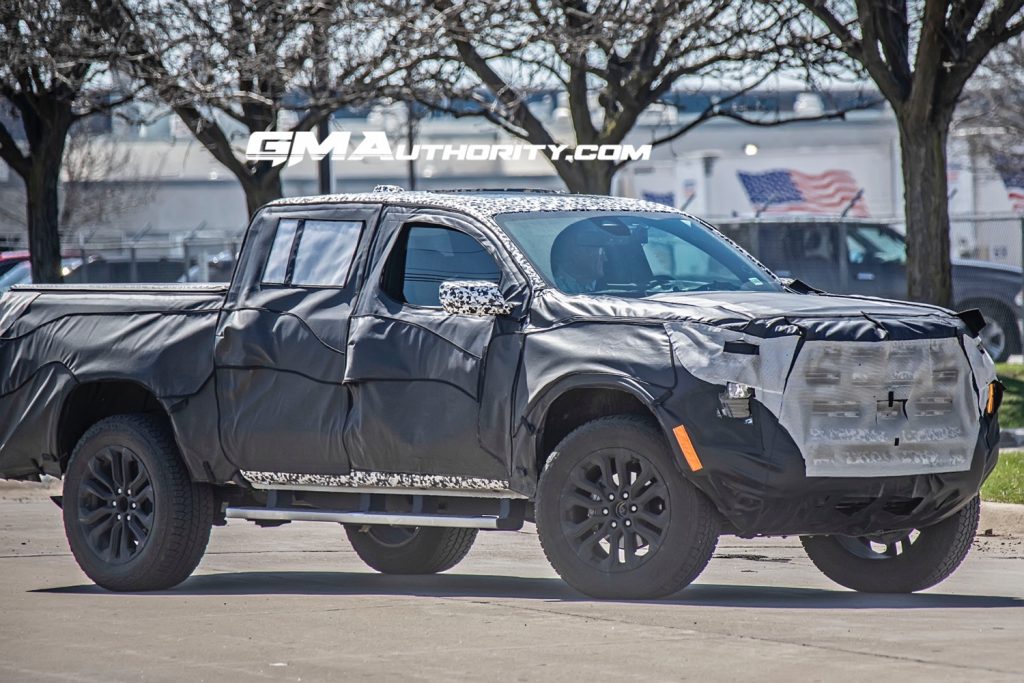 Either way, the new look should go a long way to establish the next-gen 2023 GMC Canyon in the pickup segment. Further updates will include an overhauled interior, while under the hood, the pickup will be offered with just a single powerplant option, namely the turbocharged 2.7L I4 L3B gasoline engine. Under the revised body panels will be an upgraded version of the GMT31XX platform, while production will take place at the GM Wentzville plant in Missouri.