The Chevy Express nameplate is well-established as a trusty workhorse vehicle, providing ample interior space and towing capacity for both passengers and cargo. Now, GM Authority is taking a closer look at the Chevy Express with regard to the van’s towing capacities, breaking it down in terms of each powertrain and van body style on offer.

Before we launch into the 2022 Chevy Express towing capacities, we should begin with a quick look at the various powertrain configurations on offer, starting with the naturally aspirated 4.3L V6 LV1 gasoline engine. Output from the LV1 is rated at 276 horsepower at 5,200 rpm and 298 pound-feet of torque at 3,900 rpm, and features direct injection, variable valve timing, and an aluminum block. The V6 connects to the GM eight-speed automatic transmission.

Next, we have the naturally aspirated 6.6L V8 L8T gasoline engine, which is rated at 401 horsepower at 5,200 rpm and 464 pound-feet of torque at 4,000 rpm. Unlike the eight-speed of the V6, the V8 connects to the GM six-speed heavy-duty transmission.

Finally, the 2022 Chevy Express van is also available with the 2.8L I4 LWN turbodiesel Duramax, which is rated at 181 horsepower at 3,400 rpm and 369 pound-feet of torque at 2,000 rpm, featuring direct injection, dual overhead cams, and an exhaust brake. The diesel engine option mates to the GM eight-speed automatic transmission.

All three engines feed a 3.42 rear axle ratio, with rear-wheel drive being the only drive type offered.

It also bears mentioning that the 2022 Chevy Express van is available in multiple body configurations, including a Cargo van and a Passenger van, plus the option for either a regular wheelbase or extended wheelbase for both body styles. It’s also offered in Cutaway configuration. 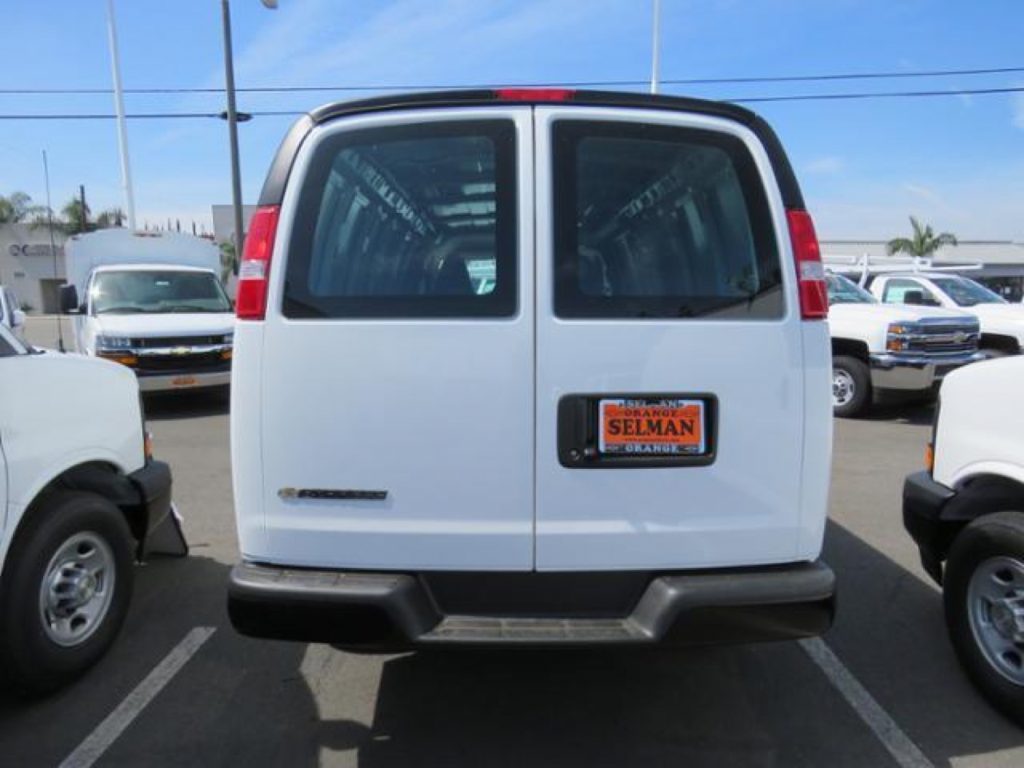 So, with all that covered, let’s go over the 2022 Chevy Express van towing capacities. The configurations that offer the highest overall max trailer weight ratings are Cargo vans with the 6.6L V8 L8T gasoline engine, which maxes out at 10,000 pounds. Meanwhile, the configuration with the lowest overall rating is the Express Passenger 2500 Extended Wheelbase model with the turbodiesel 2.8L I4 LWN, which is rated at 5,300 pounds.

Check out the table below for a more complete breakdown of the 2022 Chevy Express van towing capacities:

To note, the 2022 Chevy Express Passenger and Cargo vans are produced at the GM Wentzville plant in Missouri, and runs on the GM GMT 610 platform.