GMC Canyon sales decreased in the United States and Canada during the first quarter of 2022.


Despite GM offering the GMC brand in the U.S., Canada and Mexico, the Canyon is only sold in the U.S. and Canada, but not in Mexico. 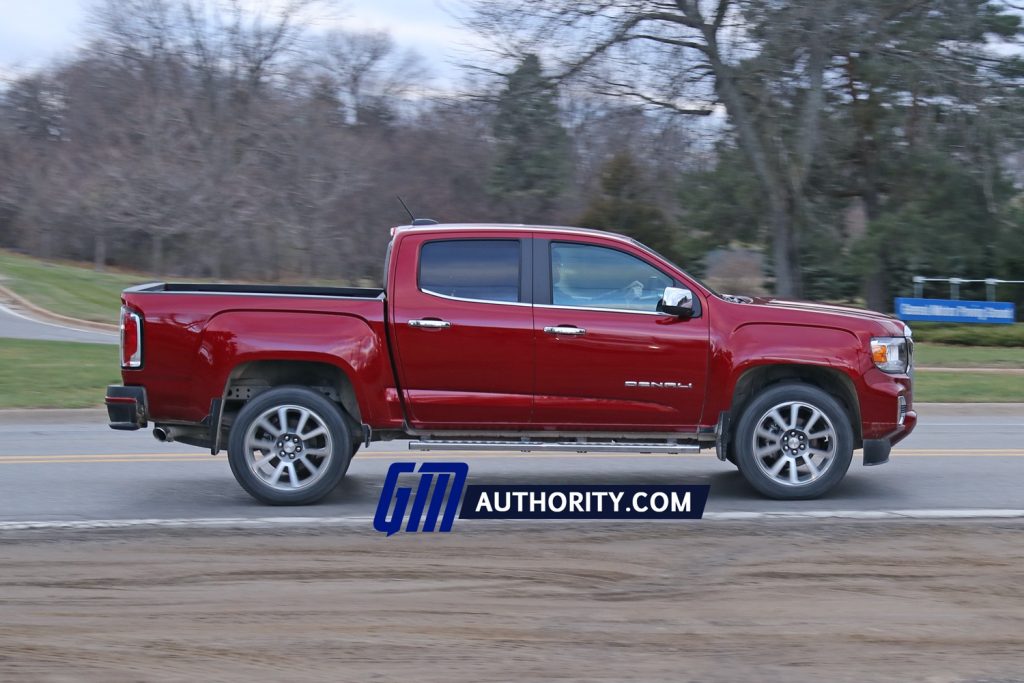 GMC Canyon sales during the first quarter of 2022 kept the midsize pickup dead last in its segment when ranked by sales volume. The Toyota Tacoma remained in first with a 20 percent decrease in sales to 53,182 units while the new Nissan Frontier placed second with a 108 percent jump to 22,405 units. The Canyon’s corporate cousin, the Chevy Colorado (see running Chevy Colorado sales), took third with a 10 percent drop to 21,693 units, putting it within roughly 700 units of second. The Jeep Gladiator followed in fourth with a five percent slide to 17,912 units, while the Ford Ranger (see running Ford Ranger sales) placed fifth with a 27 drop to 17,639 units. The Canyon brought up the rear with a 14 percent decrease in sales to 6,160 units.

Sales of GM’s two midsize pickups, the Colorado and Canyon, combined for 27,853 deliveries. That puts the duo in second place with a 20 percent segment share, with over 5K more units sold than the Frontier, but still only moving about half the volume of the Tacoma. 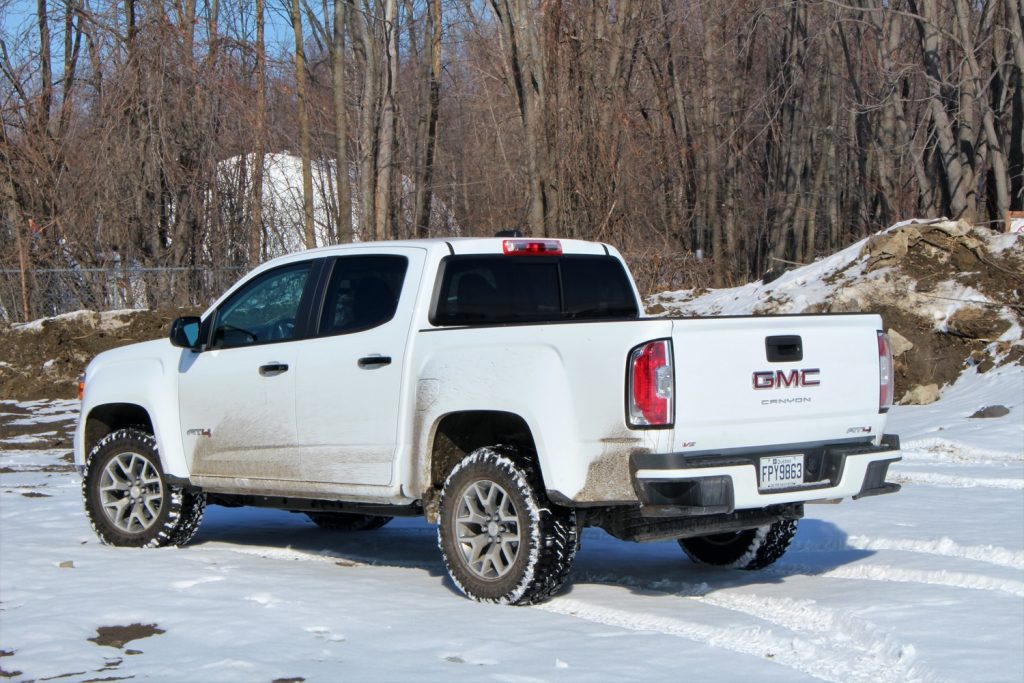 GMC Canyon sales remained dead last in their segment, as they had for the past year. The midsize truck continues to be hamstrung by limited inventory as a result of idled production throughout 2021 as a result of a shortage of supplies, including the ongoing microchip shortage. More recently, production was idled in December, this time due to renovations at the GM Wentzville plant in preparation for building the next-generation 2023 Chevy Colorado and 2023 GMC Canyon pickups. In January production was down again, finally resuming at the end of that month. 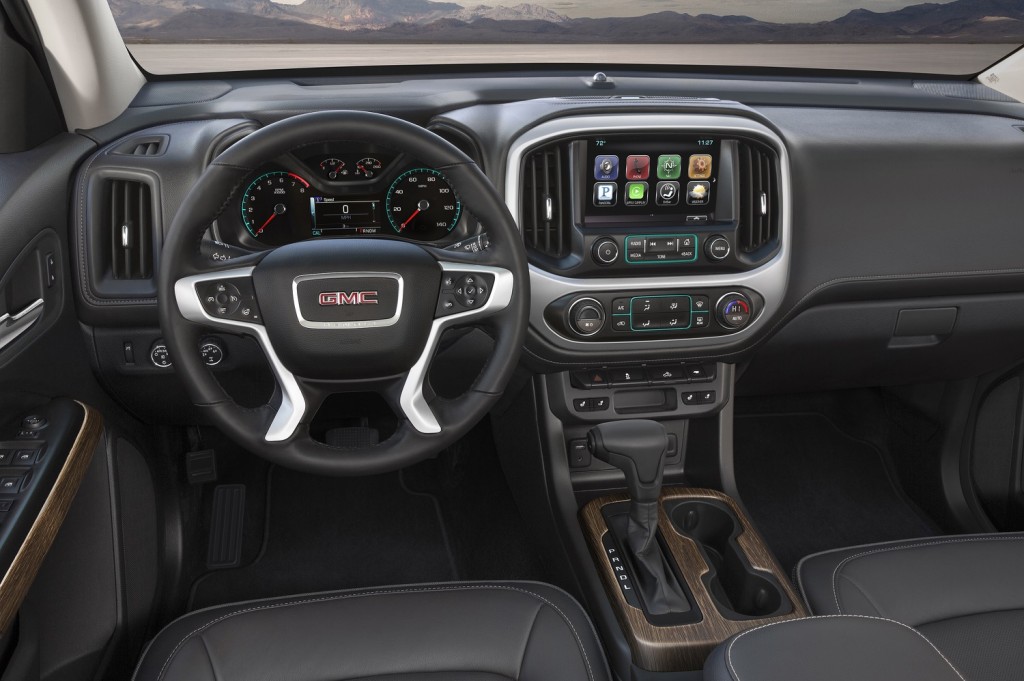 Beyond supply issues, the Canyon is also facing product-related issues in the face of newer and more modern rivals. Luckily, the Canyon and Colorado midsize pickups will soon be overhauled (re-engineered and redesigned), expected to launch later this year for the 2023 model year.

The all-new 2023 Canyon will offer all-new exterior styling and a redone interior, all while riding on top of a heavily revised version of the current models’ 31XX platform. We expect the 2023 GMC Canyon model lineup to consist of the trim levels offered today, including Elevation Standard, Elevation, AT4, and Denali, while also adding a new AT4X trim level as a more capable off-road trim that slots above the “regular” GMC Canyon AT4, thereby becoming GMC’s equivalent to the Chevy Colorado ZR2, at least from a mechanical standpoint.

Furthermore, we expect the new Denali trim to become even more premium compared to the current Canyon Denali, with improved materials and equipment. In addition, it’s highly likely that the 2023 GMC Canyon Denali will be the first midsize GM pickup model to offer the GM Super Cruise semi-autonomous driver assist system.

The new pickups will draw motivation from the turbocharged 2.7L I-4 L3B gasoline engine, which will be the only engine offered. Output will likely be rated in the vicinity of 310 horsepower and 430 pound-feet of torque, with a 10-speed automatic onboard for cog swaps.

A teaser image of the upcoming 2023 GMC Canyon AT4X

Earlier this month, GM teased the upcoming 2023 GMC Canyon AT4X, confirming that the next-generation GMC Canyon will become the second vehicle in the GMC brand’s lineup to adopt the AT4X trim after it was rolled out on the all-new 2022 GMC Sierra AT4X earlier this year. The teaser image showed a set of rocker protectors, 17-inch beadlock-capable wheels, and AT4X badging, along with various surface development features of the new truck.

In February, GM Authority spies caught a glimpse of the interior of a 2023 Canyon as a prototype was undergoing testing, showing a much more modern center stack, infotainment system and steering wheel. 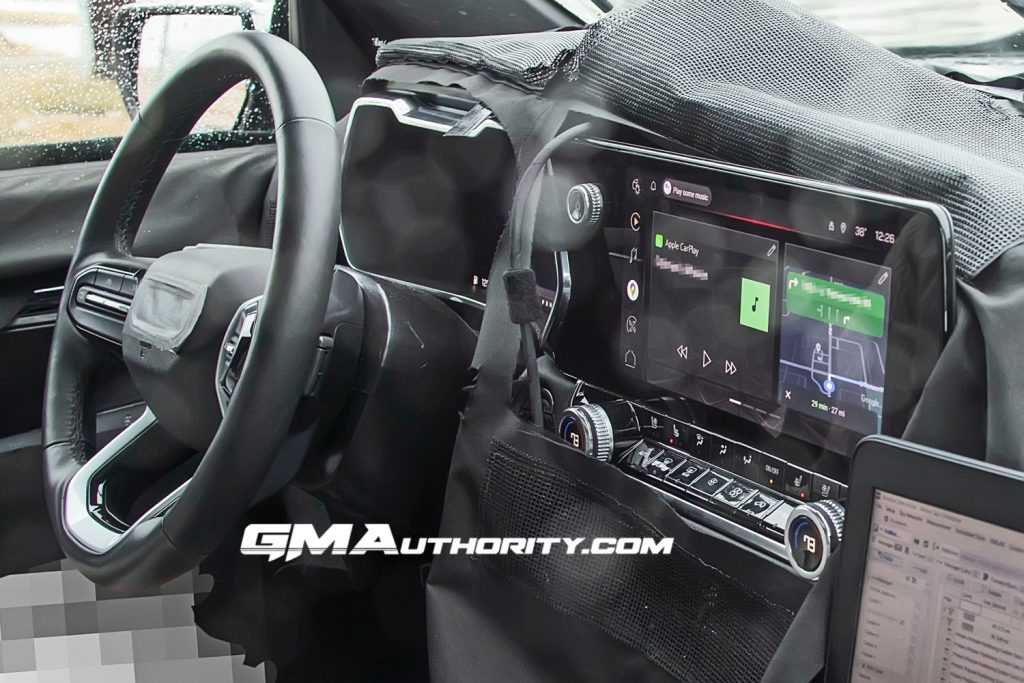 Luckily, the ongoing global semiconductor microchip shortage has not yet affected the launch schedule as of this writing. The upcoming next-generation Canyon is sure to boost sales that have continued to lag over the past several quarters. However, sales volume will still be directly dependent on an adequate supply of parts, including chips.