GM released a new teaser video of the upcoming Corvette E-Ray today, showing the hybrid supercar spinning its tires in the snow as it launches from a standstill.

The short teaser video, which is embedded below, shows a Corvette E-Ray prototype spinning all four tires as it attempts to gain traction in the snow during a hard launch. As GM Authority readers will already know, the Corvette E-Ray is a forthcoming hybrid variant of the American sports car that will pair the Stingray’s naturally aspirated 6.2L LT2 V8 engine with a front axle-mounted electric motor and a series of four 1.94 kWh batteries. The main purpose of this ~600-horsepower hybrid setup will be to improve the vehicle’s performance, particularly with regard to acceleration, rather than improve its fuel economy. The E-Ray will also utilize the same widebody exterior styling as the 2023 Corvette Z06, indirectly replacing the Grand Sport model in the Corvette model lineup. 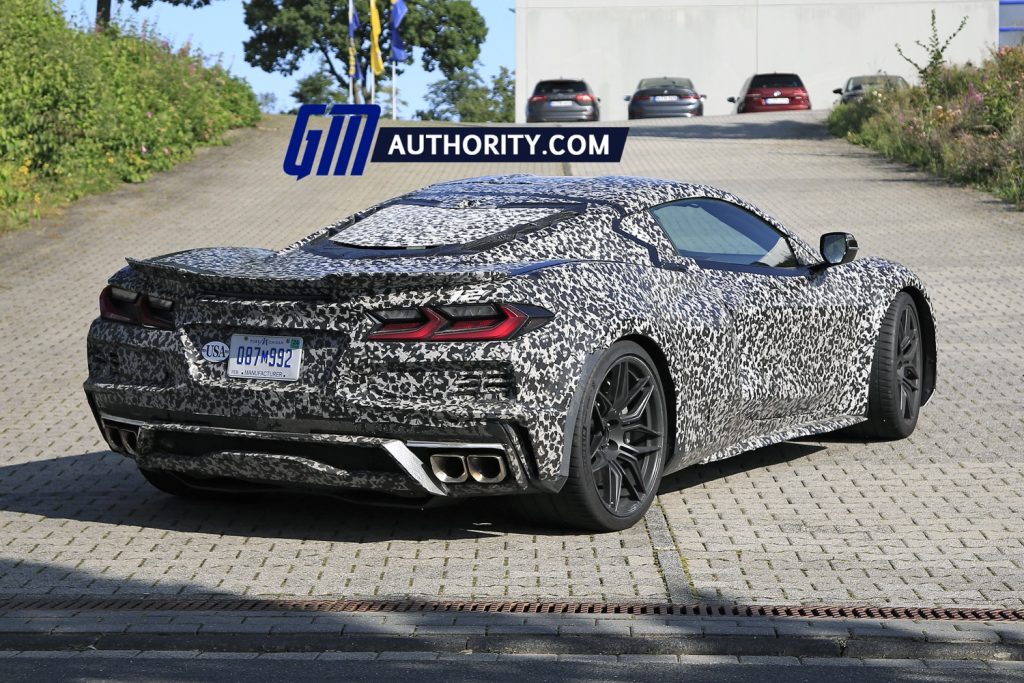 This new teaser video wasn’t the only piece of exciting Corvette-related news released by Chevy this week. Appearing on CNBC’s Squawk Box morning show on Monday, GM president Mark Reuss confirmed the automaker will also offer a “fully electric, Ultium-based Corvette in the future.” Further details on this future battery-electric Corvette were not offered by Reuss, so it’s unclear if this product will be based on the current C8-generation Corvette, or if it will be a different model entirely. Analysts believe GM would be smart to create a new Corvette sub-brand for performance vehicles, so Reuss could be hinting at a new type of Corvette model that would be sold alongside the traditional sports car model, but it’s impossible to say for sure at this point. However, it’s an exciting time to be a Corvette fan.

GM moved certain members from the Corvette engineering team to its Autonomous and Electric Vehicles team back in 2020, including then-Corvette chief engineer Ed Piatek. This move was done as GM planned to electrify the C8 Corvette with the E-Ray and is further justified by Reuss’ proclamation that a battery-electric Corvette variant is on the way.

“Some time ago we moved the Corvette team into the EV space in Warren, Michigan, and when we revealed the new mid-engine Corvette, I said there would be more to come,” Reuss said in a post shared to his LinkedIn page. “This morning I sat down with Phil LeBeau of CNBC and finally answered the question I’ve been asked countless times.” 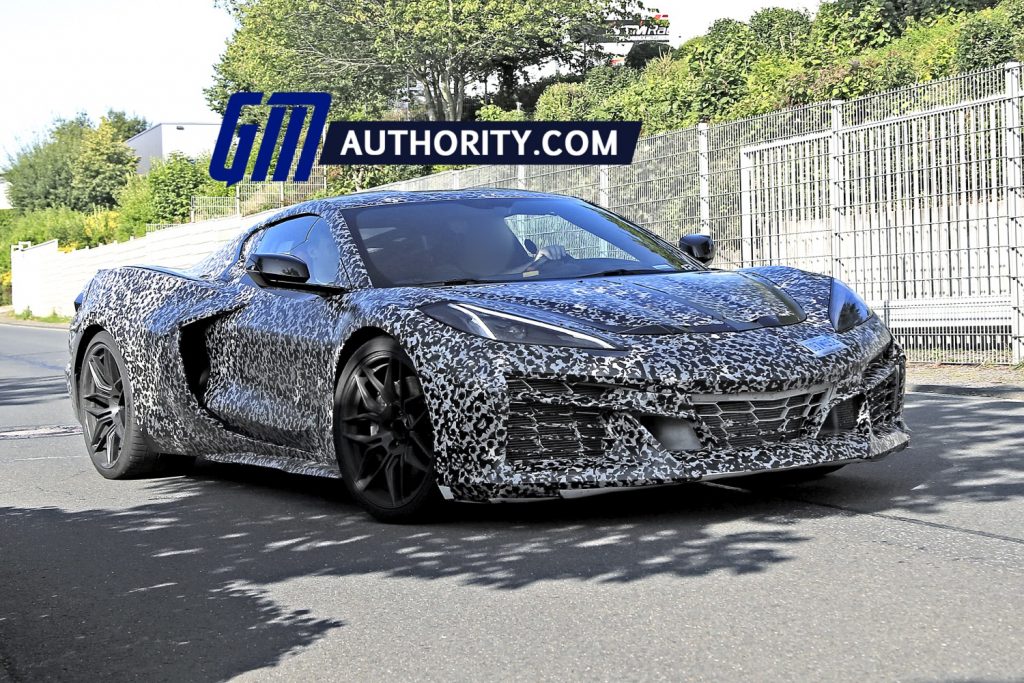 The hybridization of the Corvette won’t stop with the E-Ray. GM is also cooking up a range-topping C8 Corvette Zora model, which is expected to pair a twin-turbocharged twin-turbo 5.5L V8 LT7 engine with a more powerful hybrid setup, pushing the total system output near or above 1,000 horsepower and 1,000 pound-feet of torque. The Zora will arrive late in the C8 Corvette’s lifecycle and will not launch until well after the E-Ray, however, so Chevy fans will have to exercise some patience in waiting for official details on this ultra-high-performance model.

Reuss says the hybrid Corvette will launch next year, meaning it will likely arrive as a 2024 model-year product and could make its debut sometime late this year. In the meantime, be sure to subscribe to GM Authority for more mid-engine Corvette news, Corvette C8 news, Corvette news, Chevrolet news and 24/7 GM news coverage.