GM has filed a patent application for a system that would enable an autonomous vehicle to be used to train a new or inexperienced driver.

This GM patent filing has been assigned application number US 2022/0114909 with the United States Patent and Trademark Office (USPTO) and was published on April 14th, 2022. It’s titled “methods and systems to autonomously train drivers” and lists Michigan-based engineers Russel A Patenaude and Ryan M. Edwards as the inventors. 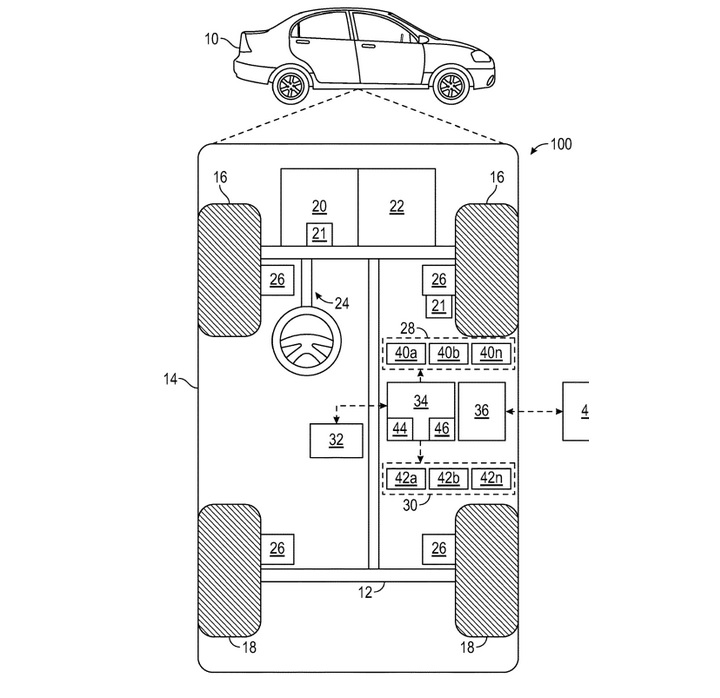 Figure 1 from the GM patent filing

The filing describes a system that could be used to leverage an autonomous vehicle’s capabilities to train student drivers. The system would use sensors to track the driver’s manual inputs and compare them with the recommended actions of the vehicle as determined by the self-driving algorithm. It would then generate a score for the trainee based on their inputs versus the actions recommended by the autonomous vehicle.

This system could also allow the trainee to selectively control only certain aspects of the vehicle at one time to teach them certain parts of driving. While it does not describe exactly how this capability would be applied, we could see the vehicle having the driver practice throttle or brake application while it handles steering inputs, or having the driver perform a lane-change maneuver while it controls the speed.

The technology described in this patent would give GM another way to use its autonomous vehicle tech, in addition to its plans for the Cruise ride-sharing service. An AV driver coach could be very useful, but it would require an extremely advanced algorithm to operate, as its capabilities would need to far exceed that of most human drivers. It would also require the capability to instantly read a driving situation, determine various potential outcomes and pick the safest one, along with the capability to compare that action versus the student drivers’. While not impossible, this seems like highly advanced technology that won’t hit the market for many years.

In the near term, GM will be focused on launching its Cruise Origin robotaxi and operating a driverless ride-hailing service with the vehicle in San Francisco and in global markets like Dubai. The Cruise Origin is a fully-autonomous vehicle that will enter production at the automaker’s Factory Zero plant later this year.