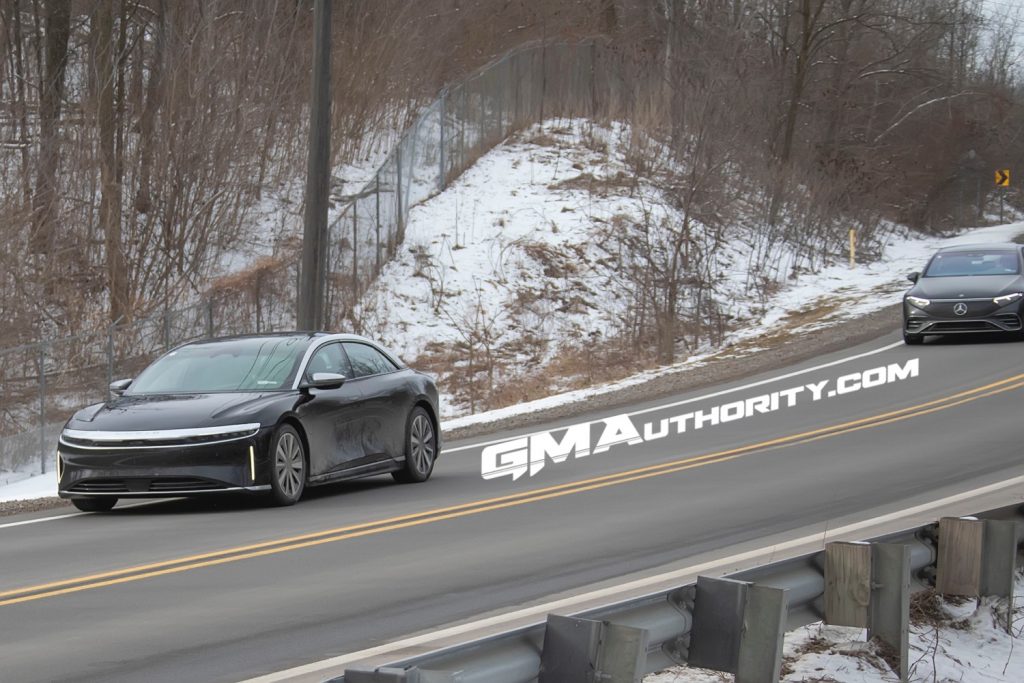 As for the Mercedes-Benz EQS, the four-door serves as the German automaker’s flagship with regard to its all-electric vehicle portfolio, and measures in with a wheelbase of 126.4 inches and an overall length of 205.4 inches. The exterior maximizes aero efficiency while incorporating recognizable Mercedes styling elements. 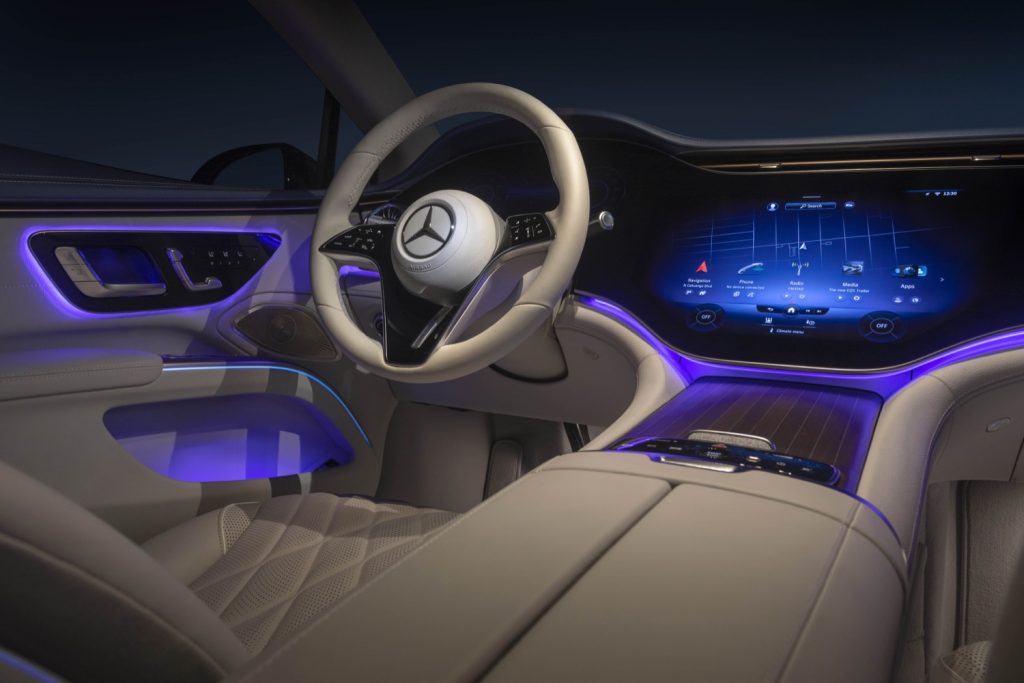 The cabin is dominated by something Mercedes calls its Hyperscreen, which provides 56 inches of display space stretching across the dash and serving as both the infotainment hub and driver information readout. High-end materials abound, while the tech specs include automatic braking with pedestrian detection, lane departure warning, adaptive cruise control, and self-parking assist. 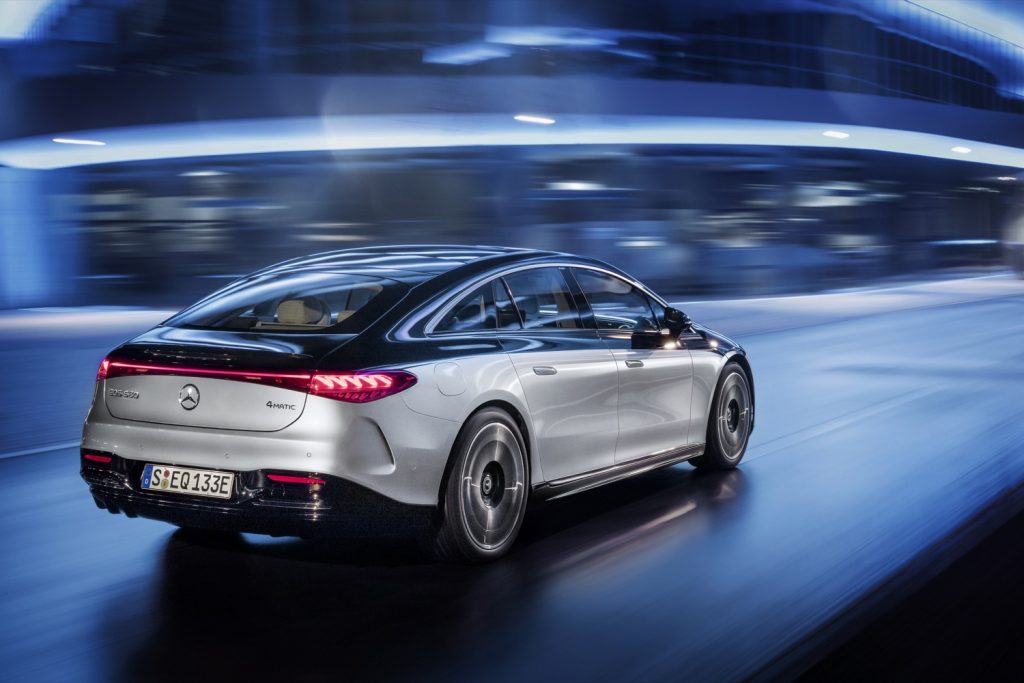 The Mercedes-Benz EQS is offered with two powertrains, including the EQS450+ and EQS580 4Matic. The former is rated at 329 horsepower and 406 pound-feet of torque at the rear wheels, while the latter is all-wheel drive with 516 horsepower and 611 pound-feet of torque. The sprint to 60 mph takes 5.5 seconds in the former and 4.1 seconds in the latter. Both equip a 107.8kWh battery and range out at 350 miles per charge. 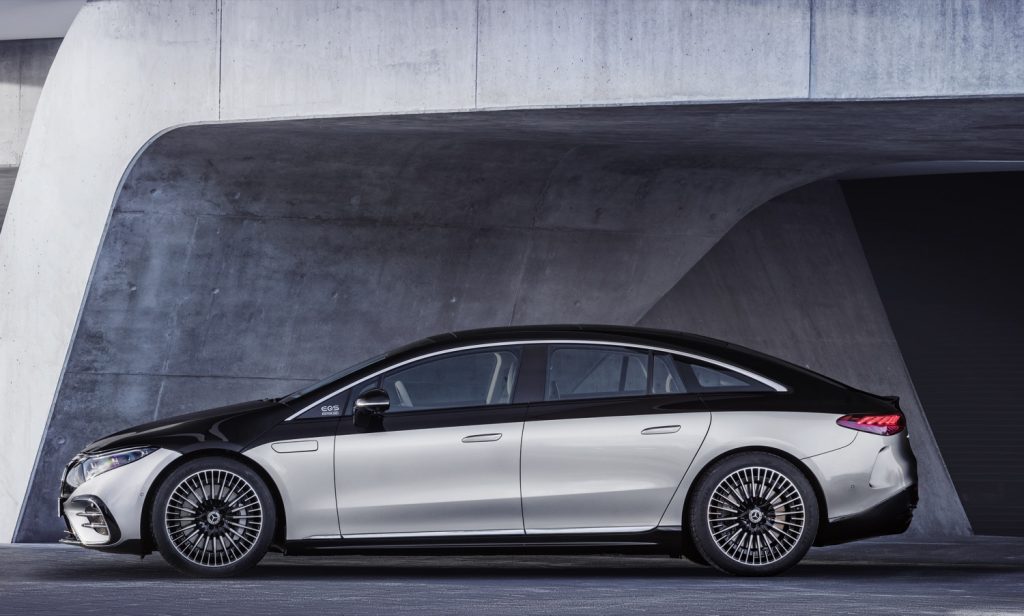 As for GM’s answer to the new Mercedes four-door, Cadillac will have several EV sedans on offer in the near future, including the top-shelf Cadillac Celestiq, as well as a smaller, as-of-yet-unnamed sedan model.