The 2023 Corvette Z06 is here, making its formal debut in October and giving fans of America’s Sports Car an all-new, next-level performance option in the mid-engine Chevy Corvette lineup. Now, as is tradition, the first retail production 2023 Corvette Z06 Convertible will be auctioned off for charity.

The vehicle in question will be the top 3LZ trim level, with the winning bidder given the opportunity to customize the first retail production 2023 Corvette Z06 Convertible as they see fit, including colors, interior options, wheels, and more. 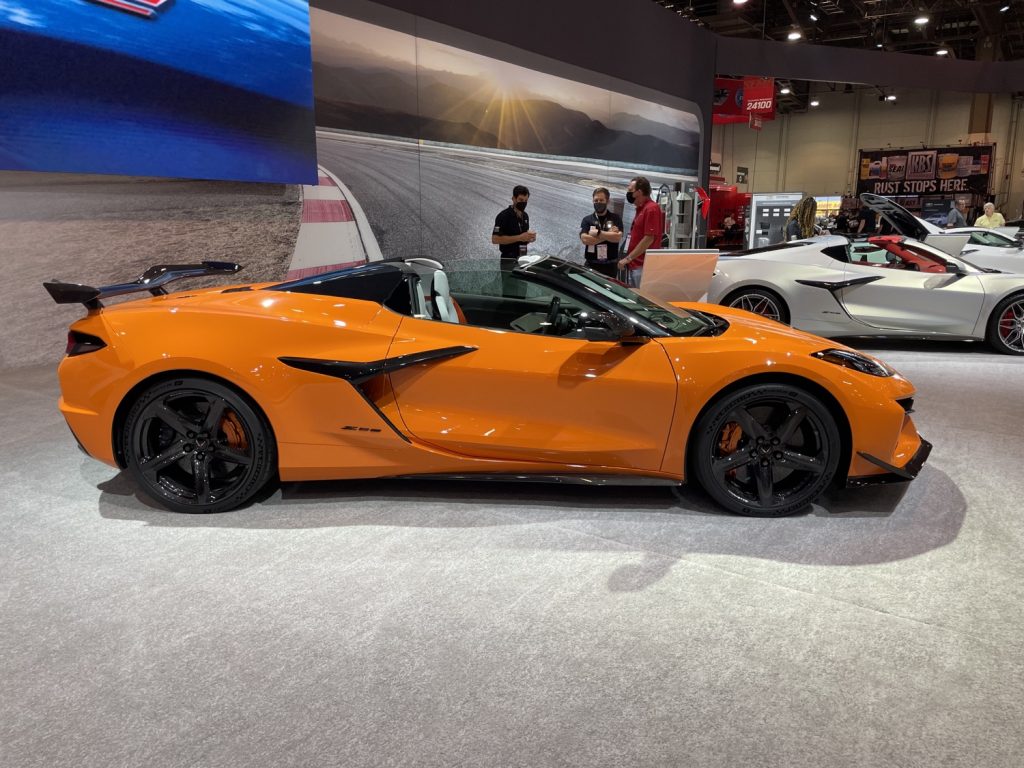 As a reminder, the 2023 Corvette Z06 Convertible features a hard-top retractable roof, a first for the Corvette Z06 nameplate. Behind the cabin, the new Z06 is equipped with the naturally aspirated 5.5L V8 LT6 gasoline engine, which is rated at 670 horsepower and 460 pound-feet of torque, with a stratospheric 8,600-rpm redline. Output is routed rearwards through the GM eight-speed dual-clutch automatic transmission. Under the skin, the 2023 Corvette Z06 rides on the same Y2 platform as the C8 Stingray, while production takes place at the GM Bowling Green plant in Kentucky.

Earlier this year, the first retail production 2023 Corvette Coupe was auctioned off at a Barrett-Jackson Scottsdale event, with Rick Hendrick, CEO of Hendrick Companies, placing the winning bid at a whopping $3.6 million. Proceeds from the auction went to benefit the non-profit organization Operation Homefront, which helps to support military families in need.