Note that the Silverado ZR2 is called the Cheyenne ZR2 in Mexico. 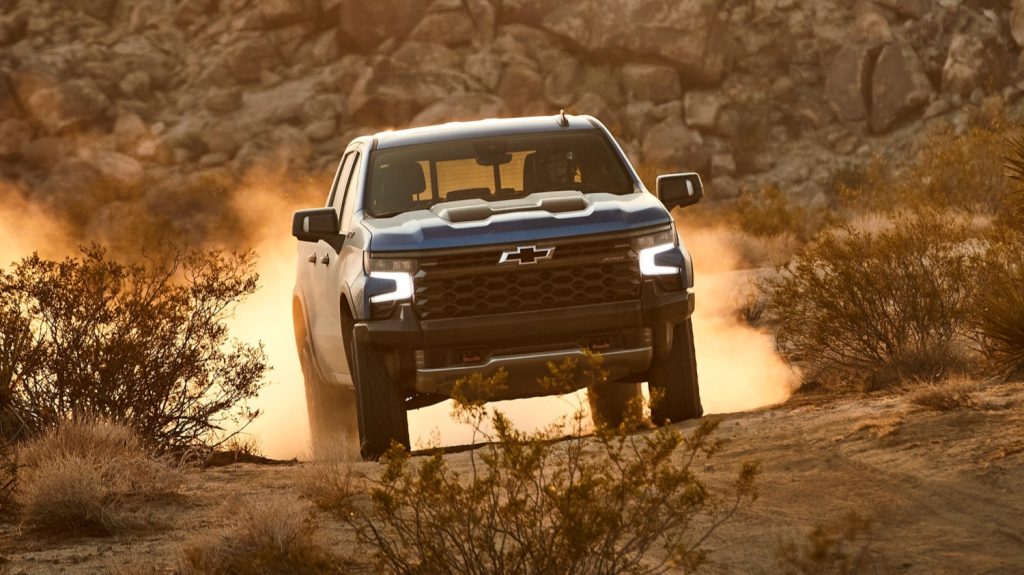 We reached out for an explanation, and received the following from a Chevy spokesperson:

“Pricing in each country is not done by exchange rate, nor is it dependent on pricing in another country as they each have their own market dynamics, product context, availability, etc. Each country determines the pricing based on the local economy of each country, previous supply and demand factors, competitive analysis, differences in equipment, etc.”

The Chevy spokesperson continued by saying, “Pricing is not set in one country and then assigned to other countries based on exchange rates.”

Check out the table below for a breakdown on North American pricing for the Chevy Silverado ZR2:

Under the hood, the Chevy Silverado ZR2 is equipped with the naturally aspirated 6.2L V8 L87 gasoline engine, rated at 420 horsepower and 460 pound-feet of torque, all of which reaches the full-time four-wheel drive system via the GM 10-speed automatic transmission. Further highlights include a high-approach steel front bumper, 18-inch alloy wheels wrapped in 33-inch Goodyear Wrangler Territory tires, and underbody skid plates, plus tucked-under exhaust pipes.

The refreshed 2022 Chevy Silverado 1500 rides on the GM T1 platform, while production takes place at the GM Silao plant in Mexico, the GM Fort Wayne plant in Indiana, and soon at the GM Oshawa plant in Canada.