A motorist in Minnesota has uploaded a dashcam video to YouTube that shows a speeding, second-generation Chevy Equinox rear-end a Mazda3 on Interstate 35 with considerable force.

This clip was uploaded to YouTube with the short and succinct title “idiot,” on April 10th, 2022. The 36-second video shows the dash cammer travelling in the middle lane on Interstate 35, headed westbound and approaching Exit 17C for the University of Minnesota, when an errant Chevy Equinox driver enters the frame at a high rate of speed and nearly clips their front passenger-side quarter panel. 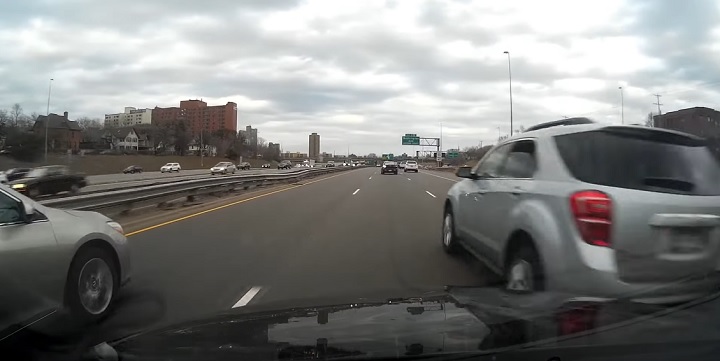 After that near disaster, the Equinox driver attempts to swing across into the far left lane, at which point a Mazda3 is seen entering the left lane with their indicator on as the driver attempts to pass another vehicle. Unable to stop in time, the Equinox slams into the Mazda, launching the passenger side of the crossover into the air and severely damaging its front suspension.

While we feel for the Mazda3 driver in this instance, the damage to their vehicle was surprisingly minimal considering they were hit by a larger vehicle travelling at a high rate of speed. The video uploader did not say if this crash resulted in any injuries, but it’s clear this crash could have been much worse if the Equinox made a more direct impact with the rear of the Japanese compact car. 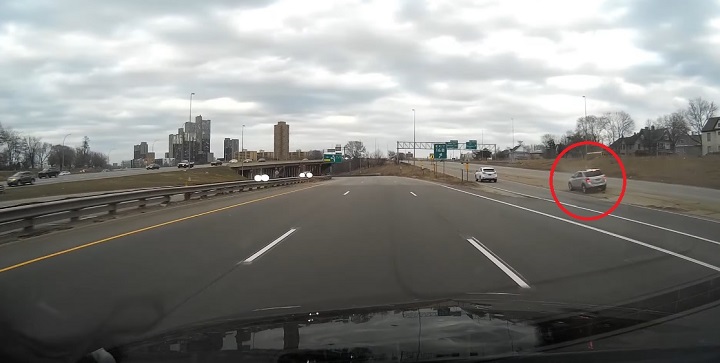 It’s obviously not advisable to swerve in and out of lanes attempting to pass cars in Interstate traffic like this. Not only is it dangerous, but it’s also unlikely it will save very much time when commuting. As the uploader said in the video description, this driver was apparently in a “hurry to get nowhere!”