We’re all living on borrowed time, and eventually, every one of us will have to take that long dirt nap. It’s a ghoulish truth to face, but some folks embrace it more than others, as is the case for the owner of this custom Cadillac Fleetwood camper. 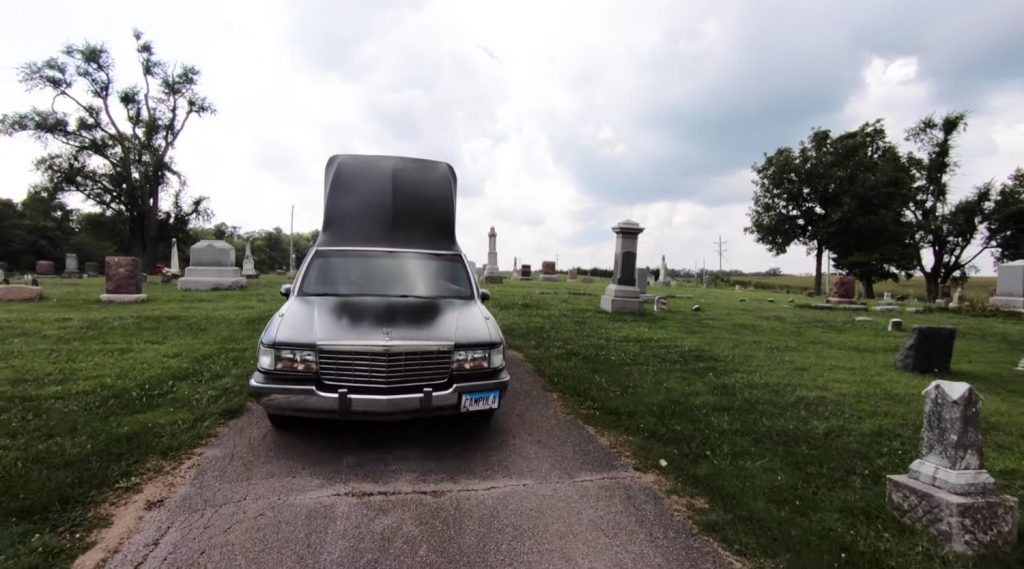 Christopher, the vehicle owner, lives in Danvers, Illinois, and originally bought the Cadillac Fleetwood  as a complement to the tattoo shop that he runs. On a whim, he and his friend Michael decided to convert it into a camper vehicle.

“I’ve always been into horror movies and stuff like that so it was appropriate for sure,” Christopher says.

According to the builders, the hardest part of the making this thing was raising the roof. The new space up top was framed in with steel, and the builders decided to give it a more aerodynamic shape that looks like something that you might see in front of a mortuary or funeral homemaking. Completing the look are the hearse-style landau bars running down the flanks.

Under the hood, this Cadillac Fleetwood is motivated by the original naturally aspirated GM 5.7L V8 engine. The whole thing is quite heavy, weighing an estimated 6,300 pounds, while exterior measurements come in at 9.6 feet in height, 7.6 feet in width, and 18 feet in length. New coilover suspension was added underneath, and according to the builders, the Cadillac Fleetwood camper has surprisingly little body roll given the height. 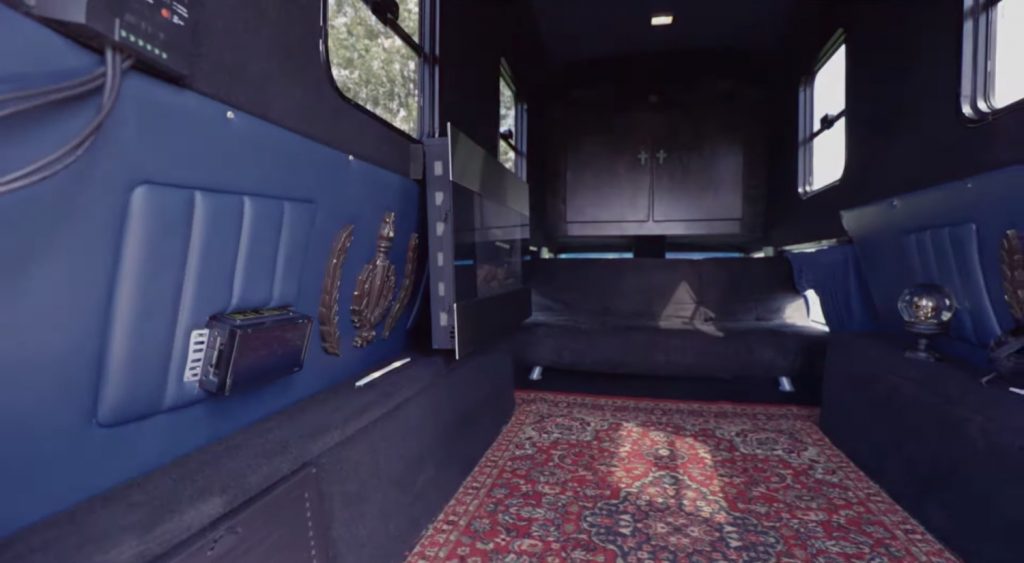 Inside, there’s a wealth of amenities to keep the still-living occupants comfy, including a working fireplace, an outdoor kitchenette set, and flat screens for entertainment. There’s even some “soular” panels in back to keep the batteries topped off.

Sure, it’s not for everyone, but for the builders, this Cadillac Fleetwood camper is to die for. Check it out in the video below: