On the list of Things Not To Do With Your Brand-New Sports Car, driving into deep sand at the beach has to be pretty high up there. Unfortunately, it looks like the owner of this particular C8 Corvette never got the memo, as evidenced by the following video.

Recently posted online by YouTube user D’Z Ridez, this video was captured in Galveston, Texas, per the video description. The video opens with a beach scene, where we see a new C8 Corvette pop into frame and promptly sink into the sandy ground. The driver tries to gun it, but that only gets the sports car more stuck as the rear tires endlessly spin and dig two nice big holes.

As the camera pans over, we see several other vehicles that look very stuck, including a Ford F-150 pickup. To add to the absurdity of the scene, what sounds like an ice cream truck jingle can be heard playing in the background. 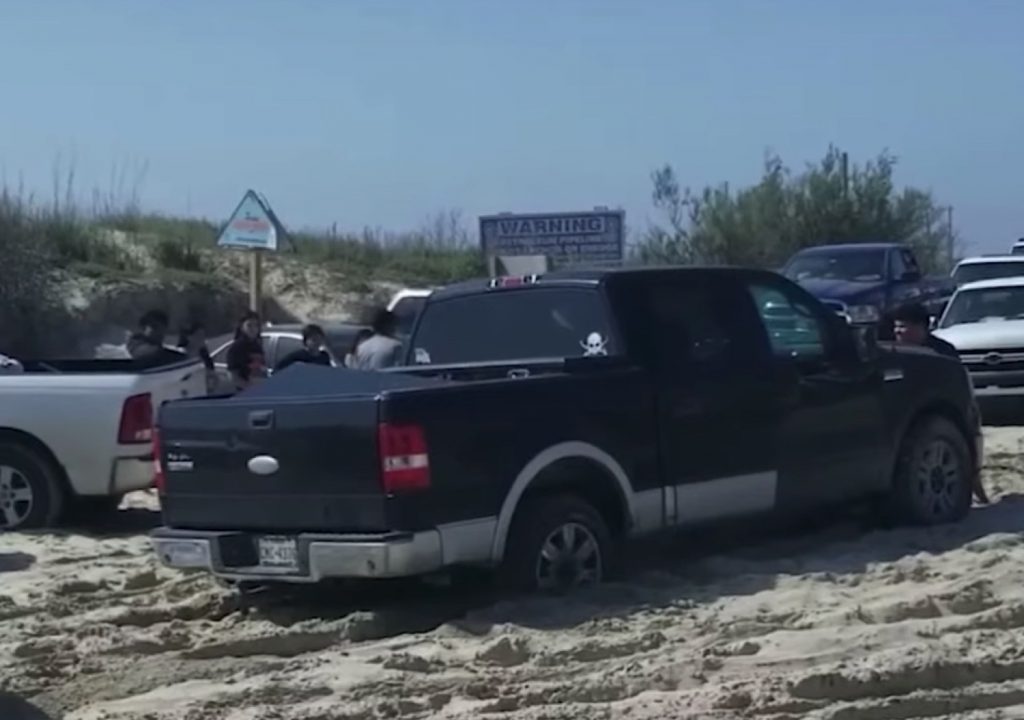 Hilariously, a Chrysler Pacifica van is seen around the 1-minute, 20-second mark effortlessly cruising across the sand, almost taunting all the vehicles stuck and spinning their wheels. 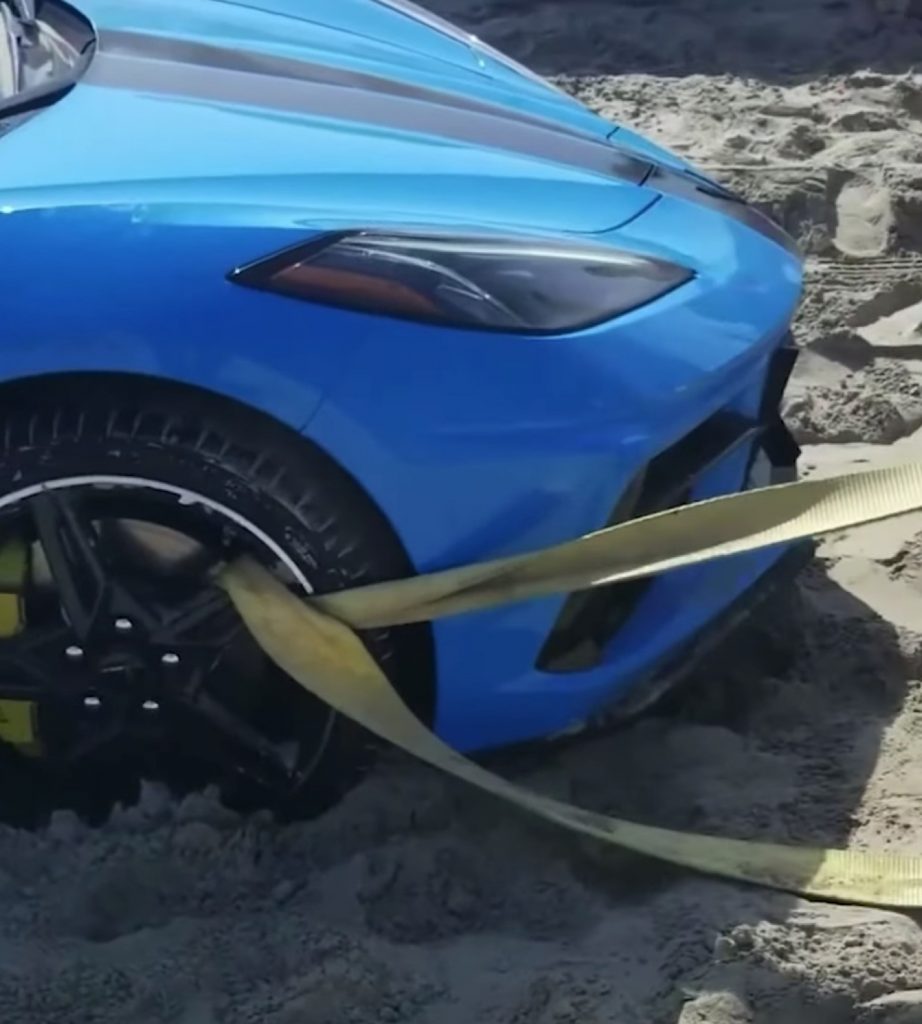 You can probably see where this is going. The tow vehicle starts to pull the C8 Corvette gingerly, then decides to gun it, spraying the sports car with sand. Luckily, it doesn’t take long before the poor Chevy is finally free.

To note, while the mid-engine design does provide loads of traction at the track, the new layout does not make the C8 Corvette a good choice for off-roading. For something like that, you’re gonna need our Chevy Corvette Trail Boss. Just saying.