A homemade Chevy C10 mud bogging truck built by a young, determined Canadian enthusiast is the subject of a recent video that was produced and uploaded by popular automotive YouTube channel Barcroft Cars. 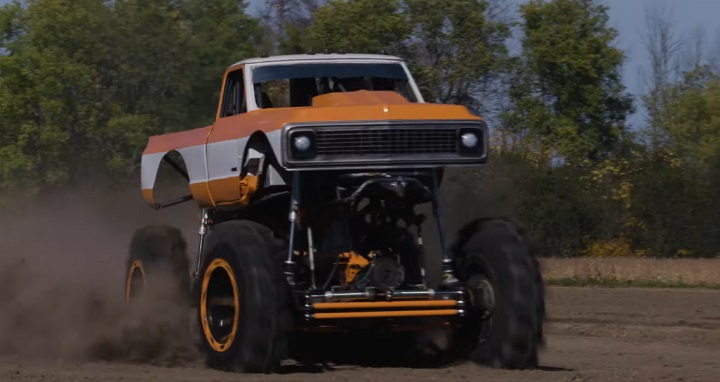 The owner of this monster-sized Chevy C10 is an Old Mills, Ontario-based enthusiast named Jordan – but some of his friends know him by the nickname Joe Fly. Jordan’s nickname was given to him as he was always working on vehicles and fixing them, prompting them to call him “Joe Fix.” Once his mud bogging truck was completed and he started taking it off jumps, they changed his nickname to the now more appropriate “Joe Fly,” and it stuck.

Jordan got the idea to build his own monster truck-style pickup after attending a monster truck show in Florida. Once he got back to Canada, he decided to set to work on building his own truck for jumping and off-roading. He used chalk to layout where he wanted the chassis tubes on an open concrete floor before welding them together. He kept adding steel tubing to the chassis before dropping the Chevy C10 body on top, eventually adding suspension components and dropping a 6.6L Duramax V8 turbodiesel under the hood. While many large trucks like this have supercharged gasoline V8s, Jordan says he opted for the Duramax due to its reliability. 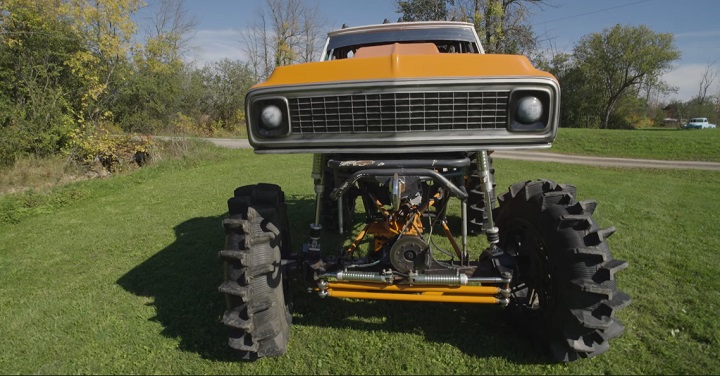 While “Joe Fly” loves driving and jumping his oversized Chevy C10, his favorite part about owning it has been meeting friends from the mud bogging/off-roading community.

“What I love about mega trucks is the people more than anything,” he told Barcroft Cars. “Everybody’s your friend, everybody’s always trying to help people. So if you wreck your truck or blow it up, there’s always people at your camp waiting with like a barbeque. It’s a big family.”