The value of available incentives at Buick fell by more than 60 percent in the first quarter of this year, according to Cox Automotive.

The average incentive offered on a Buick product in Q1 2022 stood at $2,021 per vehicle, down 61.8 percent from the same time period last year. This was similar to Chevy, which saw its available incentives slashed by 62.8 percent to an average of $1,725 per vehicle.

With fewer incentives on offer, Buick’s sales took a predictable nosedive. The automaker observed a sizable 58 percent sales decrease in Q1, falling 58 percent to 19,146 units. This trimmed the brand’s market share to just 0.6 percent, prompting Cox Automotive to call its Q1 sales performance “dismal.” While automakers could get away with charging MSRP or more for their products amid last year’s automotive retail frenzy, it could be possible that some customers are beginning to balk at the higher prices. Whether automakers will be happy to sell fewer vehicles at higher prices remains to be seen. 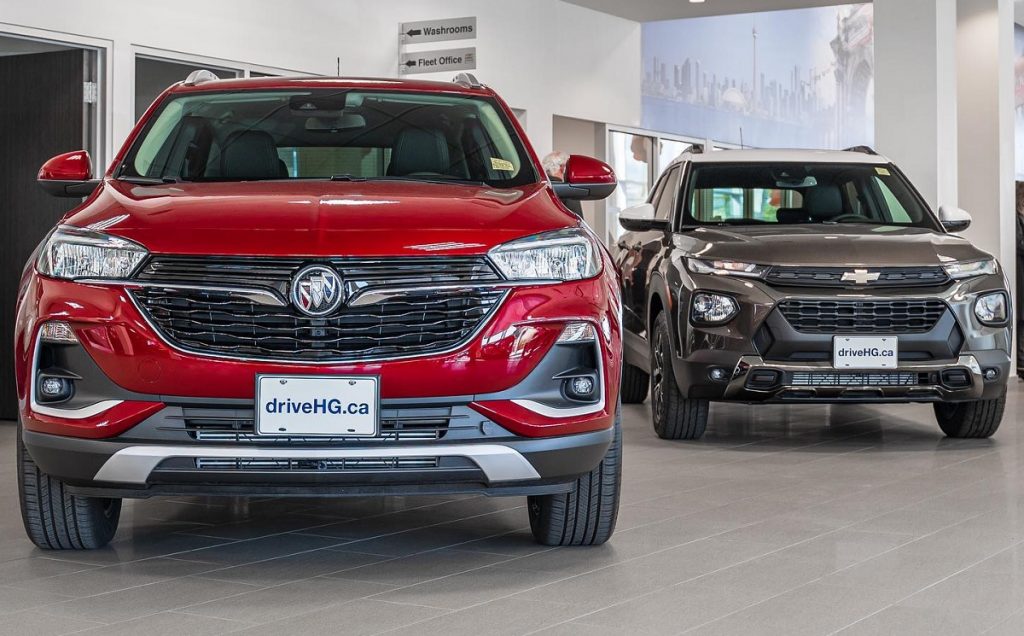 The Buick Encore GX saw the largest year-over-year decline, with sales falling 70 percent to 5,382 units. Sales of the Envision fell 60 percent to 4,118 units, while the soon-to-be-discontinued Encore fell by 57.9 percent to 2,620 units. The Enclave had the smallest year-over-year decline at 7,025 units. It’s worth noting these lower sales figures will also be partially driven by the semiconductor chip shortage, which has made some vehicles harder to come by on dealer lots.