Margot Robbie is set to star as the title-lead character in the upcoming Barbie movie, slated for release in July of 2023. In a recent teaser image released by Warner Bros. Pictures, the actress is seen sitting behind the wheel of a pink Chevy Corvette convertible hiding a number of interesting details. 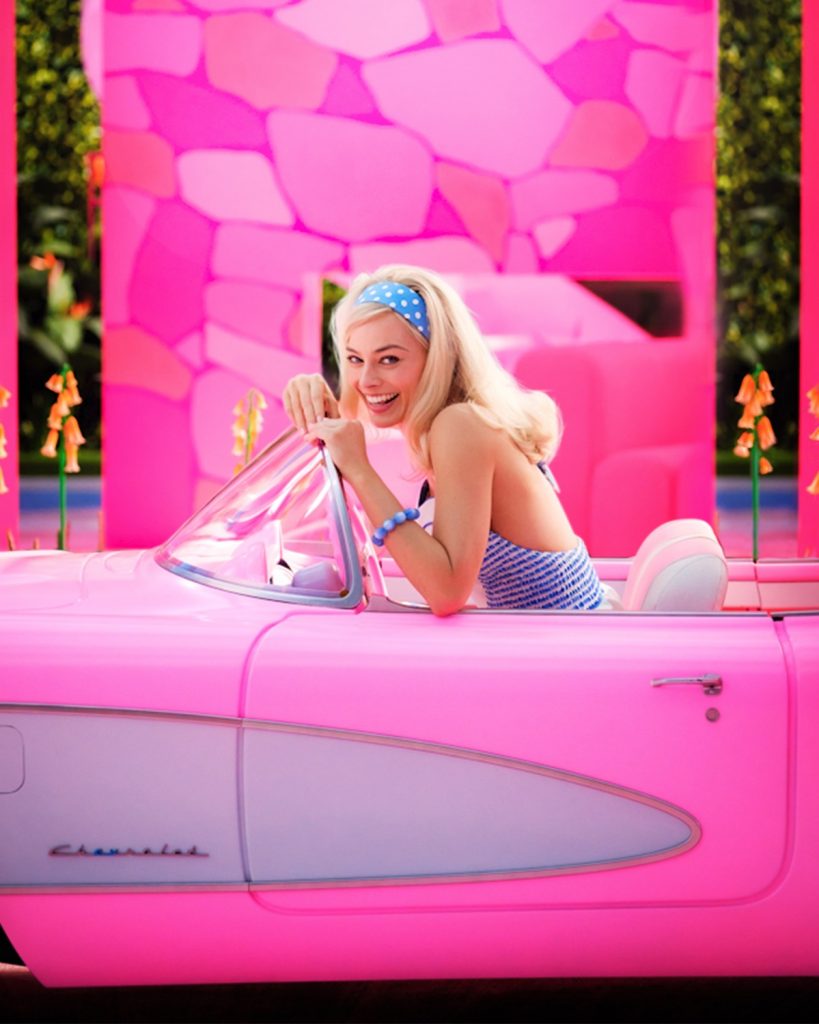 In the teaser, Robbie is seen in a blue-and-white polka-dot headband draped across her blonde hair, complementing the retro style and iconic profile of the ‘50s-era C1 Chevy Corvette convertible. Beyond the white side detailing, the rest of the Corvette is done in pink, giving a nod to the multitude of pink Barbie cars released in toy form over the years. Behind the Corvette is some sort of pink structure, possibly Barbie’s house or driveway.

Looking closely at the teaser picture, we see what appears to be a charging port located on the front fender, which suggests that Barbie’s Corvette is in fact all-electric – which would make sense, given all the battery-driven kiddie cars attached to the Barbie brand. Further evidence that the new Barbie Corvette is electrically motivated is the Chevrolet script, which highlights the “ev” in blue, similar to the brand styling seen in models like the new Chevy Silverado EV. Furthermore, we should note that General Motors is now teasing the up-and-coming Chevy Corvette E-Ray, the first-ever production Corvette hybrid, and hinting at a fully electric model to follow.

The interior of Barbie’s Corvette is also done up in matching pink-and-white upholstery. What’s more, the windshield is also quite a bit lower than we would expect, giving the drop-top an extra dash of “toy model” vibes.

Either way, the matchup of Barbie and Corvette is a natural fit, given the longstanding American cultural significance of both brands.

#BARBIE
July 21, 2023
Only in theaters pic.twitter.com/mauCGpizD1