The Pontiac Trans Am powered by the 6.6-liter V8 saw its final year of production in 1979. Killed off by Corporate Average Fuel Economy (CAFE) standard, the rowdy Big Block T/A was to be no more. 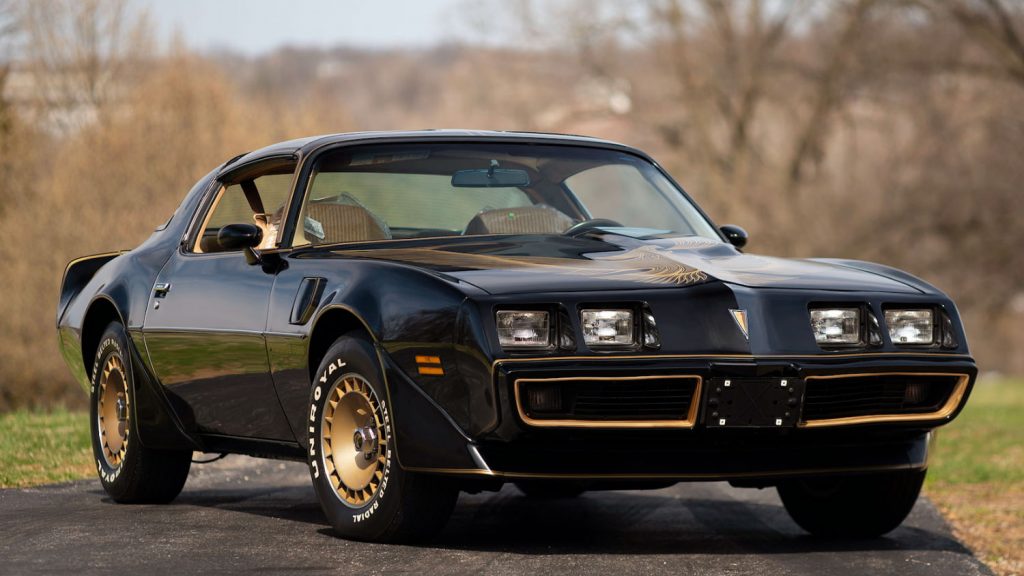 Pontiac needed a new performance solution for the Trans Am. They were loath to go begging for Small Blocks from Chevrolet, and big-cube motors were no longer an option. The Performance Division engineers decided the 1980 Pontiac Trans Am would instead be powered by a turbocharged 301 cubic-inch V8. The turbo 301 (really 302 cubes, but called a 301 to differentiate it from Ford’s 302) differed from the standard 301s Pontiac introduced in 1977 in that the block was fortified, pistons and head gaskets were more robust, and it had a high-pressure oil pump. There was an electronically controlled  Garrett TBO-305 turbocharger (sourced from Buick) that fed nine PSI through a modified version of the Rochester Quadrajet four-barrel carb. To keep things running properly, Pontiac added a knock sensor that would retard the ignition timing when pre-ignition knock was detected. 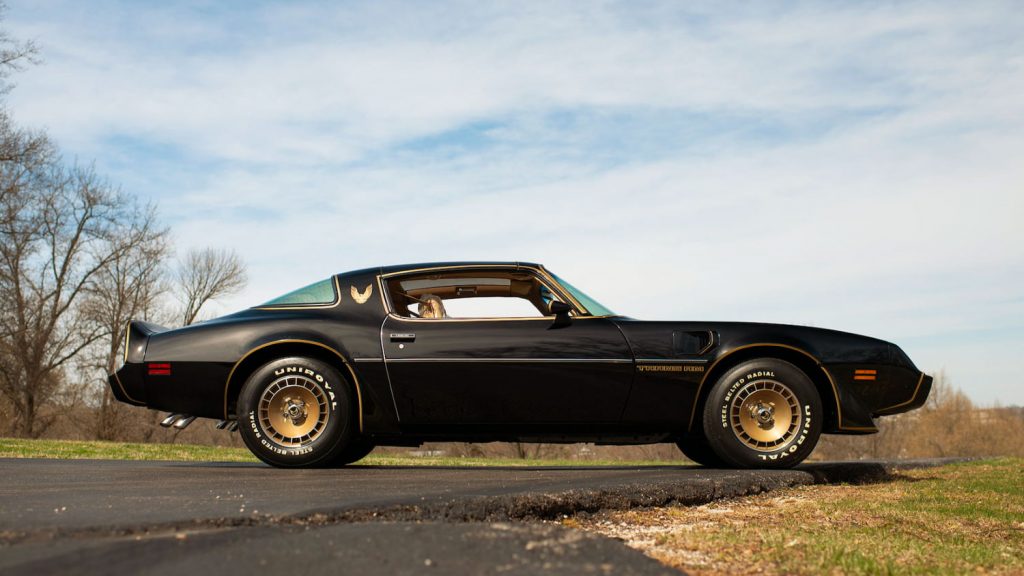 The new Pontiac Trans Am Turbo was rated at 210 horsepower and 345 pound-feet of torque. Power moved to the rear tires through a three-speed automatic transmission and a 3.08 rear gear. Since Pontiac had been underreporting output on the 6.6, rating them at 220 horsepower when 260 was much closer to the truth, the stats thrown down by the Turbo T/A were rather disappointing. MotorTrend magazine tested the 1980 Pontiac Trans Am Turbo, posting a zero-to-sixty mph best time of 9.05 seconds, and a quarter mile time of 17.02 seconds, nearly two full seconds slower than its 6.6-liter predecessor. Acceleration was hampered somewhat by the sole 3.08 rear gear choice. Even with the drop in performance from the previous year, it was more appealing than the stock 301 that threw down just 140 horsepower and 240 pound feet. 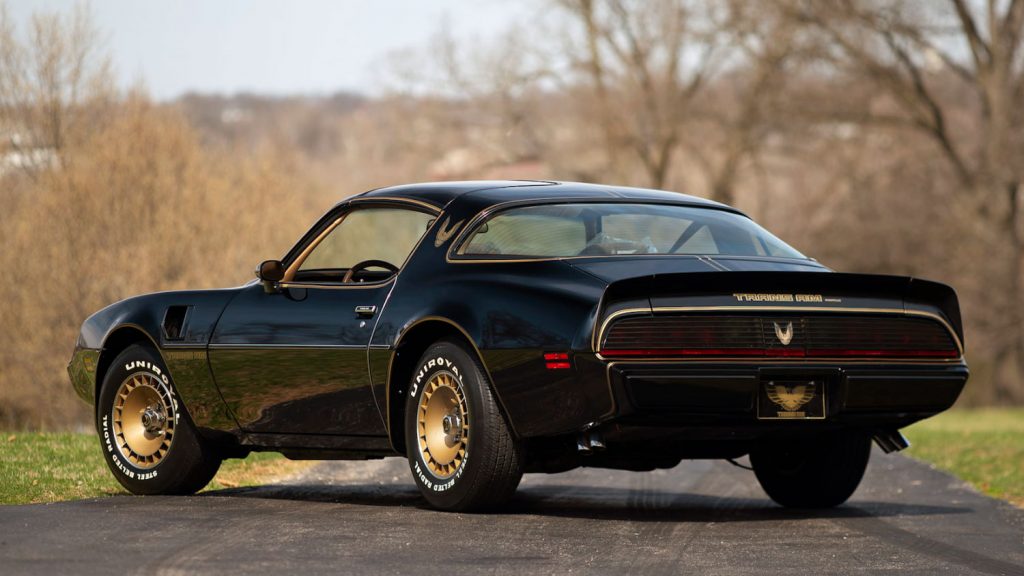 The Pontiac Trans Am Turbo’s iconic Firebird hood decal had a larger lick of flame coming from its mouth than the standard bird of previous years. The hood also featured an asymmetrical driver’s side power bulge needed to accommodate the turbo and carb. On the back side of that bulge, facing the driver, there was a boost gauge with three horizontal orange lights labeled “NORMAL”, “MEDIUM”, and “HIGH.” 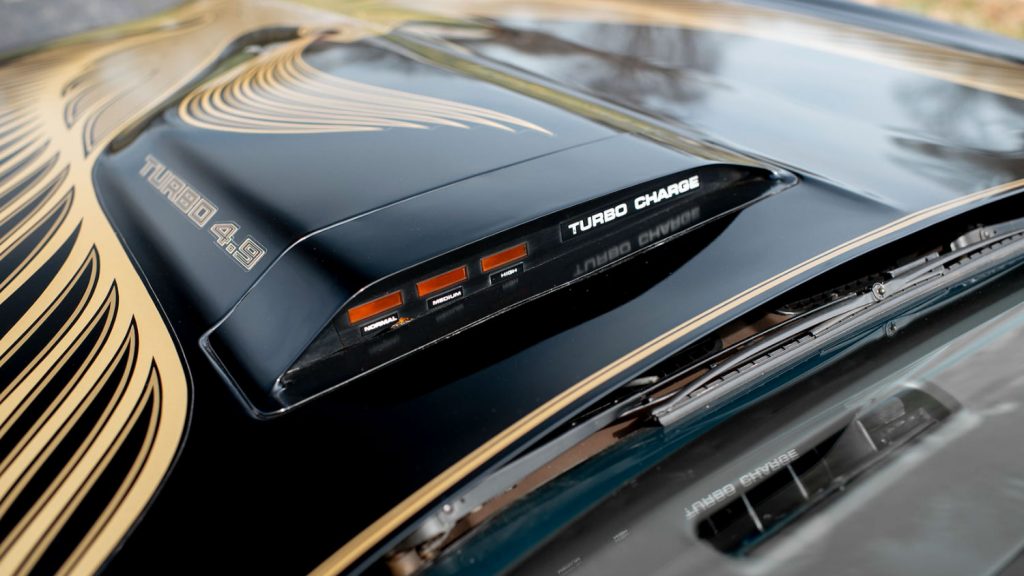 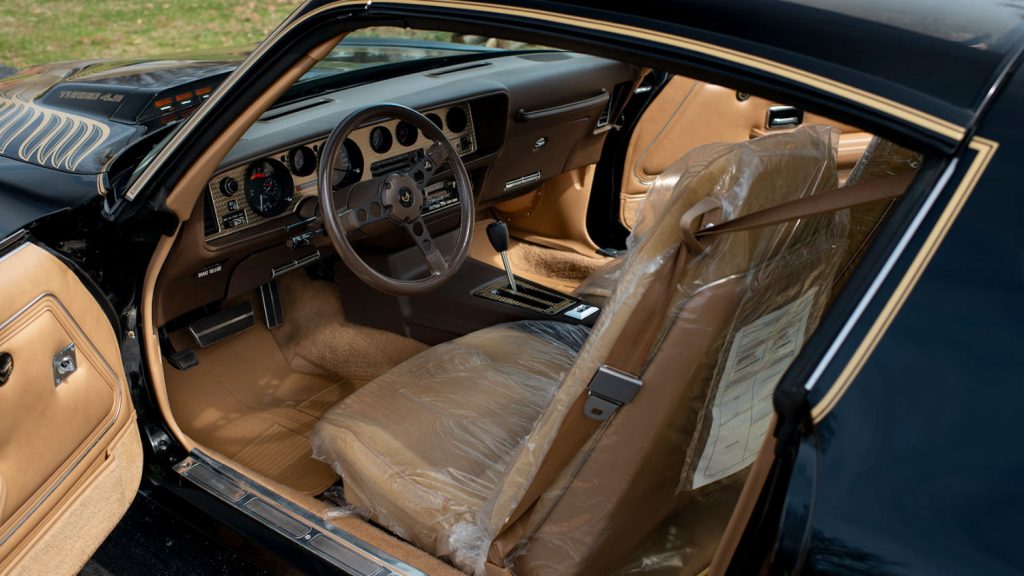 The glossy factory Starlight Black finish of the Pontiac Trans Am is in excellent condition, as are all the Trans Am decals. Pre-delivery plastic seat covers still protect the front seats of the tan cloth interior. The T/A rolls on its original Uniroyal raised white-letter tires. Under the hood, the Pontiac Trans Am Turbo engine appears showroom fresh. 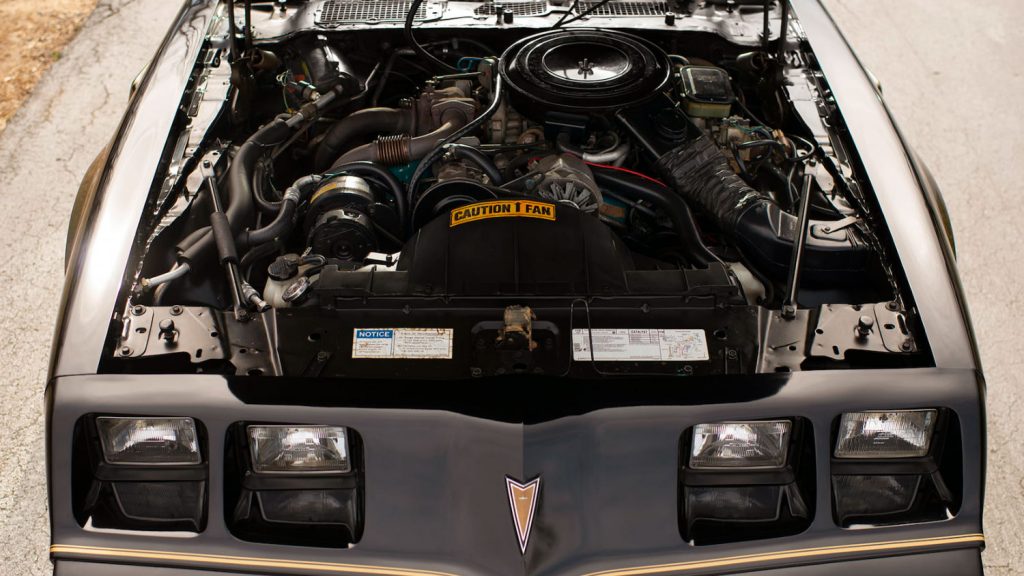 This remarkable 1981 Pontiac Trans Am Turbo is accompanied by its original window sticker, books and manuals, Pontiac Historic Society documents, and a clean CarFax report. It will cross the block at the Mecum Auctions Indy sale at the Indianapolis State Fairgrounds May 13th through the 20th. 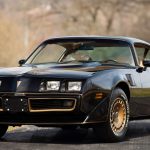 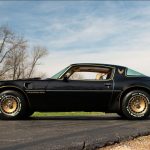 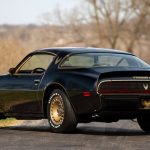 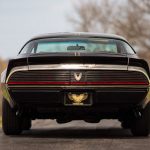 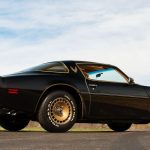 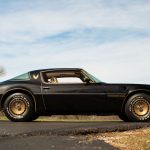 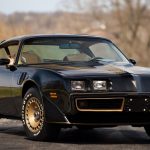 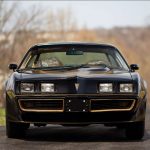 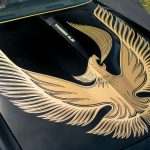 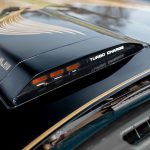 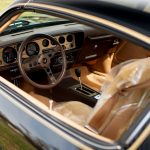 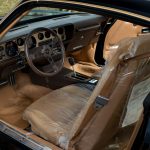 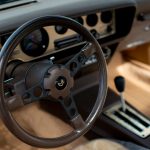 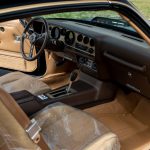 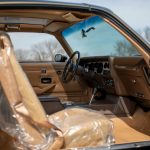 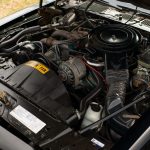 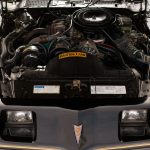 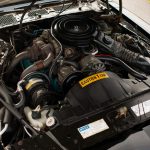