Way back in September of 2020, an Italian company called Ares Modena released a series of digital renderings showing its new S1 supercar – a coachbuilt two-seater that was based on the mid-engine C8 Corvette Stingray. 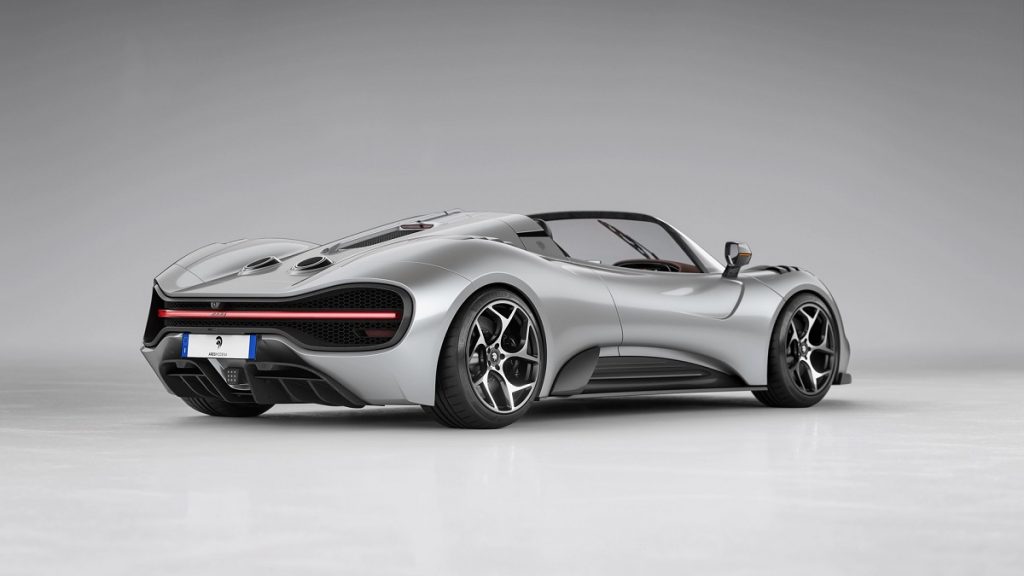 Now, the company has released images of the new Ares S1 Speedster – a roofless version of the S1 that is, rather predictably, also based on the C8 Corvette Stingray. While the Ares S1 taps the Vette’s mid-engine platform and naturally aspirated 6.2L LT2 V8 engine, that’s where the similarities end. This coach-built creation does not share any body panels with the Chevy, boasting its own LED headlamp design and a unique rear LED light bar. The body panels are full carbon fiber, which has likely helped the S1 shed some poundage over the Chevy on which it’s based, but Ares has yet to share any official weight figures. 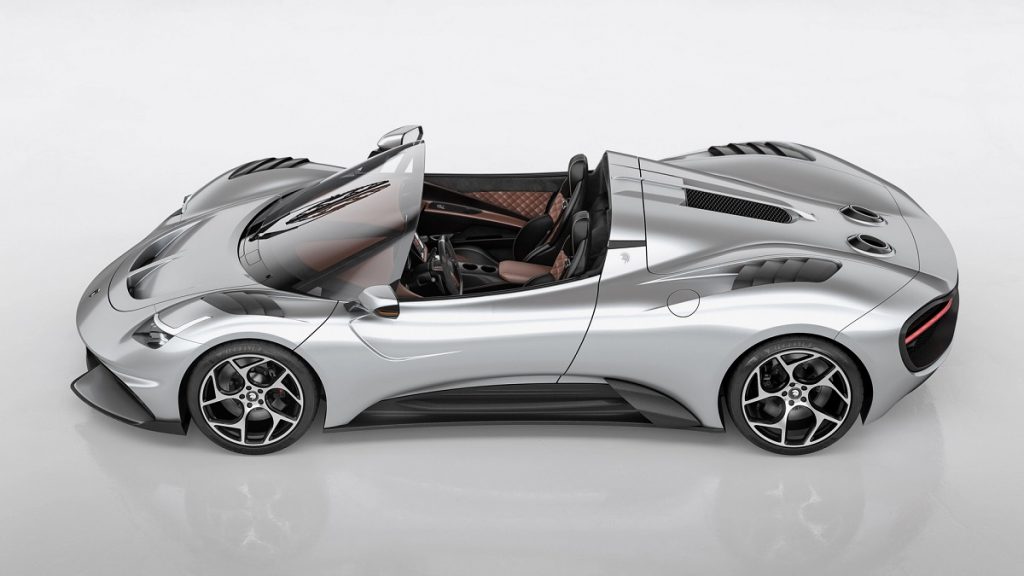 Inside, the Ares S1 Speedster retains a similar cabin layout to the C8 Corvette Stingray’s, incorporating the same instrument binnacle and center console. There are some differences, however, including a different centrally mounted infotainment display, a passenger-side digital display screen, diamond-stitched leather upholstery and a reupholstered version of the Vette’s square steering wheel with sueded side grips and glossy carbon trim. Naturally, all the Corvette crossed flags logos have been tossed out in favor of Ares’ own spartan logo. 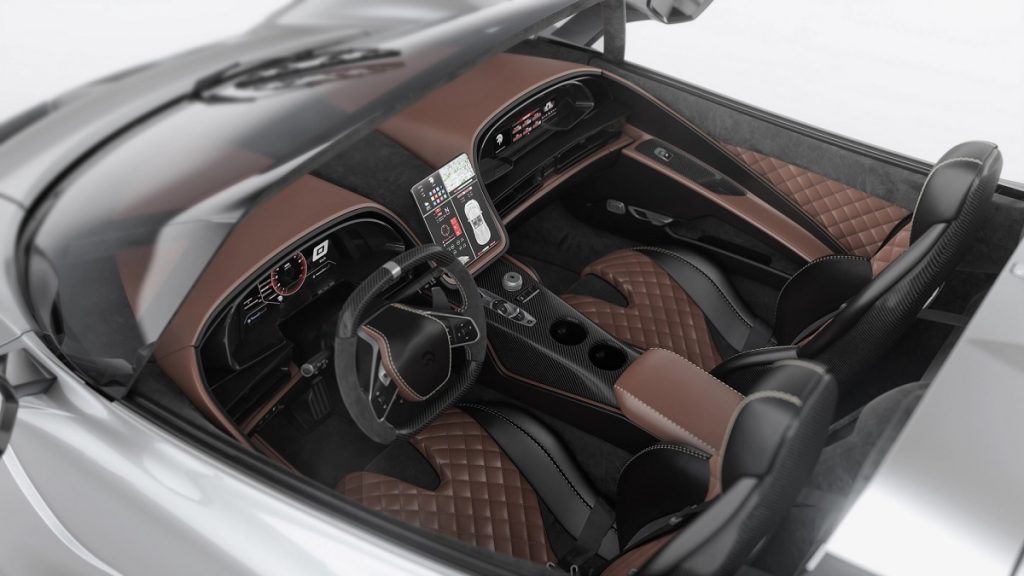 One of the more eye-catching aspects of the Ares S1 and the S1 Speedster are the exhausts, which exit out of the top of the engine cover, rather than the rear bumper. These exhausts connect to the C8 Corvette’s standard 6.2L LT2 V8 engine, which produces 495 horsepower and 470 pound-feet of torque in the C8 Corvette Stingray when paired with the available Performance Exhaust. Ares has not said how much power the S1 will produce, but seeing as the Corvette’s engine control system is protected through encryption, we’re not expecting any major performance improvements over the Stingray. 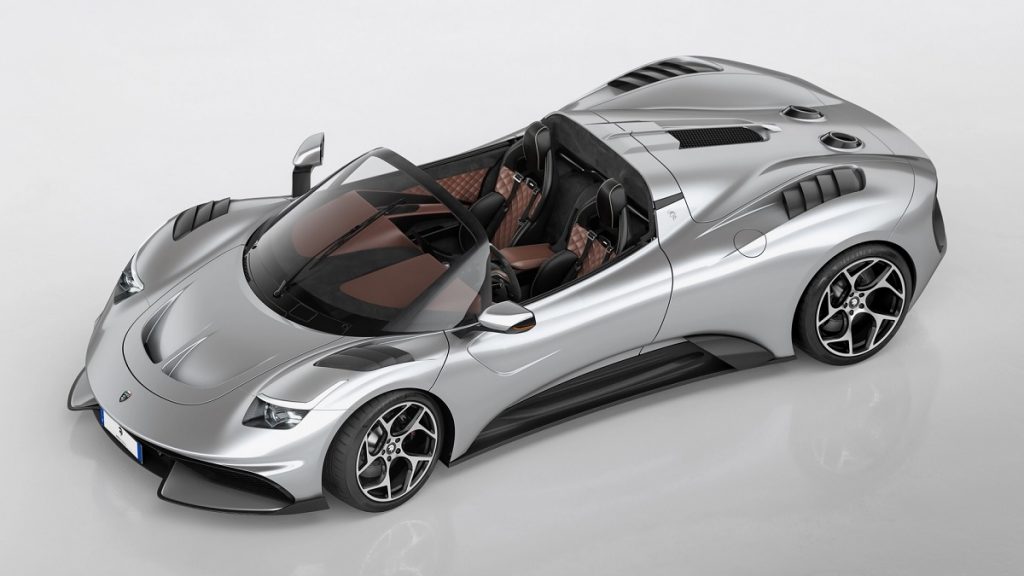 The Ares S1 Speedster will be limited to just 24 units. Pricing is available upon request, the Modena-based company says.