The 2023 Chevy Colorado is set to introduce a full generational overhaul (redesign and re-engineering) for the midsize nameplate, debuting an all-new third gen vehicle. GM Authority previously took a look at the new 2023 Chevy Colorado Work Truck in prototype form back in October, and now, we’re back at it with another look at the upcoming pickup. 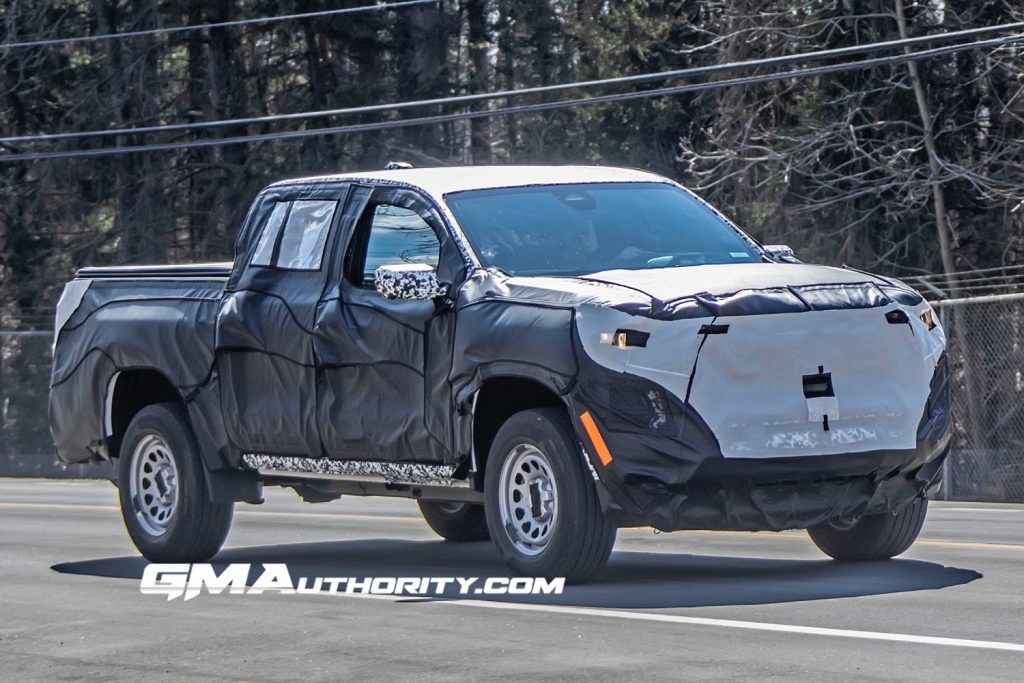 Although the front fascia is obscured by black camouflage, we do notice that the 2023 Chevy Colorado’s fascia design is flatter than that of the current model, the latter of which has more of a rake to it. On this prototype, we also see small bits of the Work Truck’s halogen headlights. 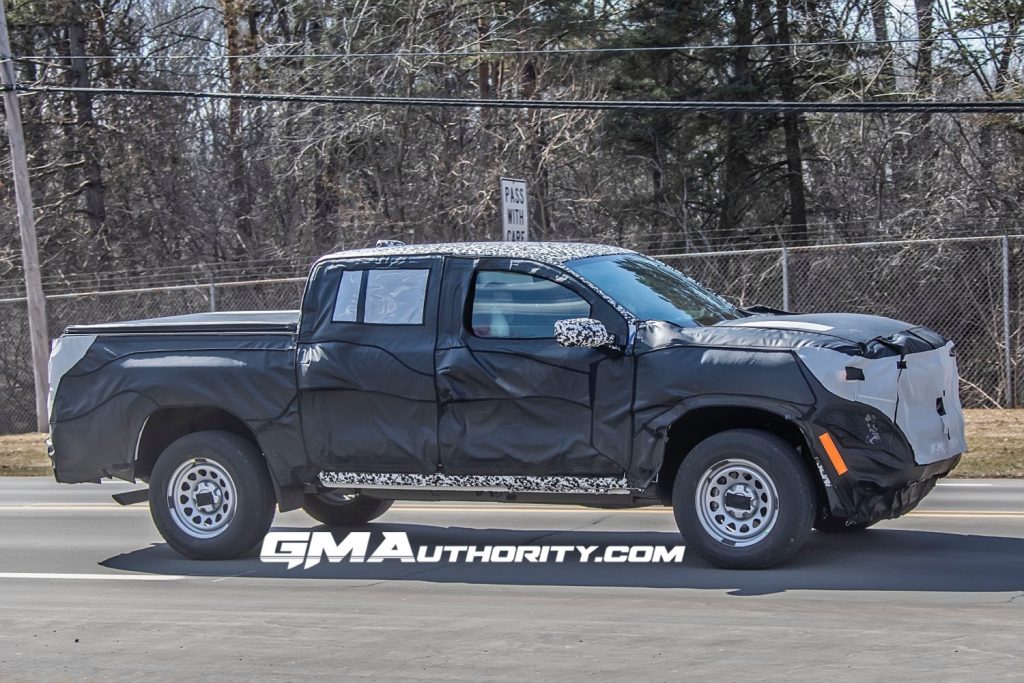 Moving around to the profile, this 2023 Chevy Colorado is riding on a set of steel wheels, which is typical of the Work Truck trim level. On the roof, we also see a fin-style antenna, which differs from the current model’s “short antenna” design. Also of note are the sideview mirrors, which are covered in black-and-white camouflage, as compared to the black finish for the mirrors on the prototype that we featured last October. 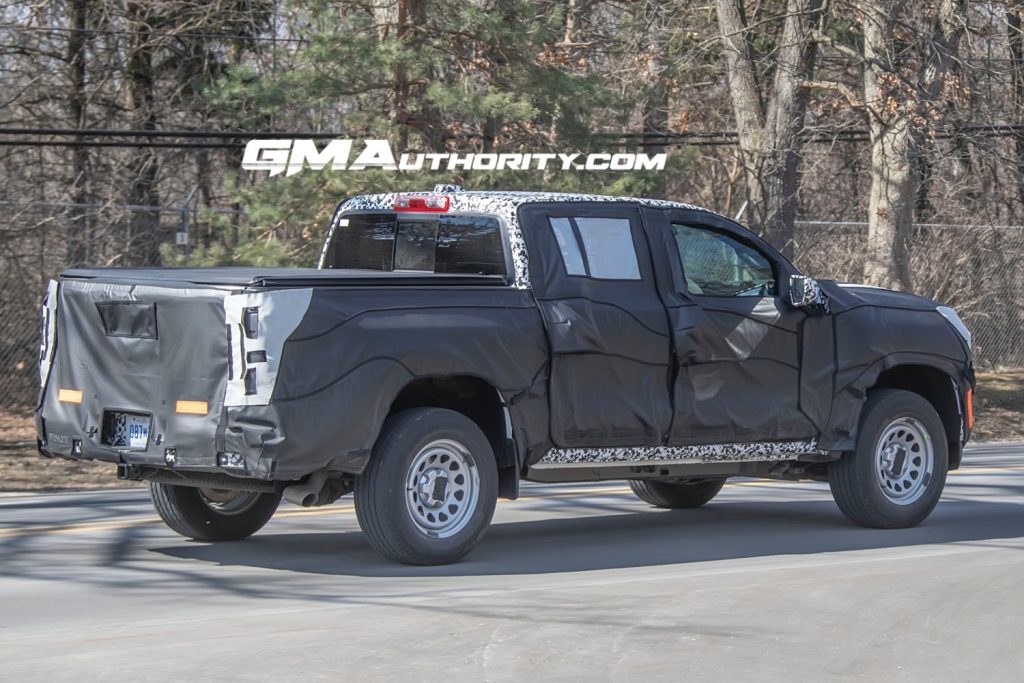 The rear end is equipped with a hard tonneau cover, while further black camouflage hides the tailgate. However, the rear view does give us an idea what the rear fender flares will look like in terms of overall shape and width. We also see what looks to be the CornerStep feature in the bumper, while a single-exit side exhaust tip is piped behind the passenger-side rear wheel. 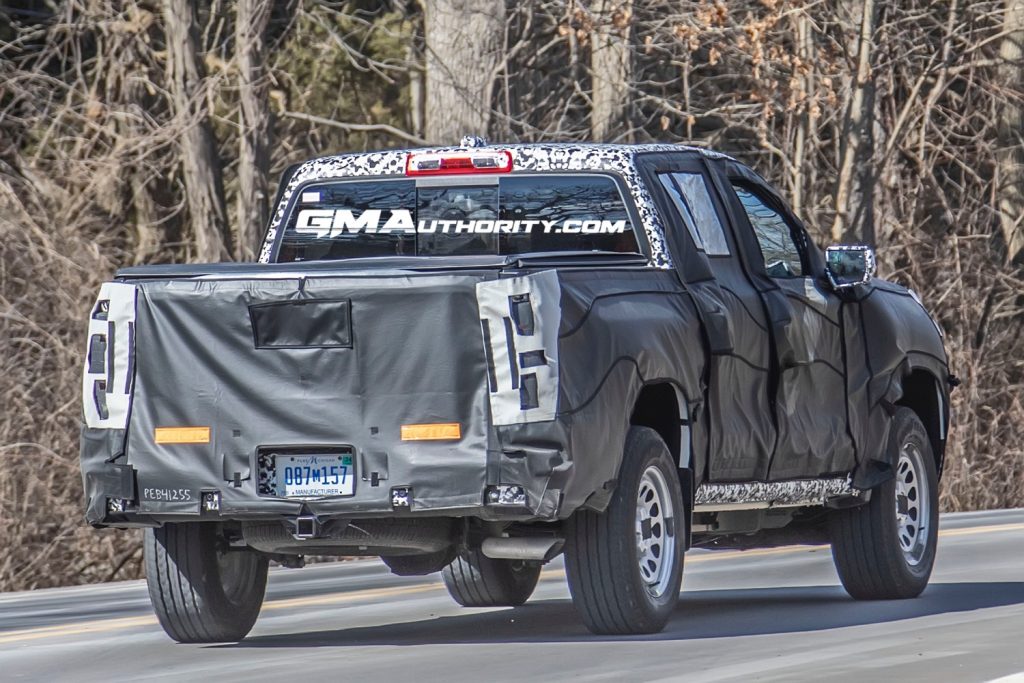 Under the panels, the 2023 Chevy Colorado will ride on an updated version of the GMT-31XX body-on-frame architecture. The cabin will be all-new as well, while the 2023 model year will introduce the turbocharged 2.7L I4 L3B gasoline engine to the Colorado lineup. The L3B is also offered in the refreshed 2022 Chevy Silverado, where it produces 310 horsepower and was recently uprated to 430 pound-feet of torque. The 2023 Chevy Colorado will also come equipped with the GM 10-speed automatic transmission, while production will continue to take place at the GM Wentzville plant in Missouri.