The new Honda HR-V introduces brand-new styling, starting with a reshaped front end with a rounded grille and longer hood. The roofline is new as well, giving the crossover a more aggressive profile when paired with the lower belt line. LED lighting elements are used for both the headlights and the taillights, while the rear tailgate is punctuated with a “functional” spoiler element. The front visibility was improved with the lower cowl, with a cleaner look now in place thanks to hidden windshield wipers. 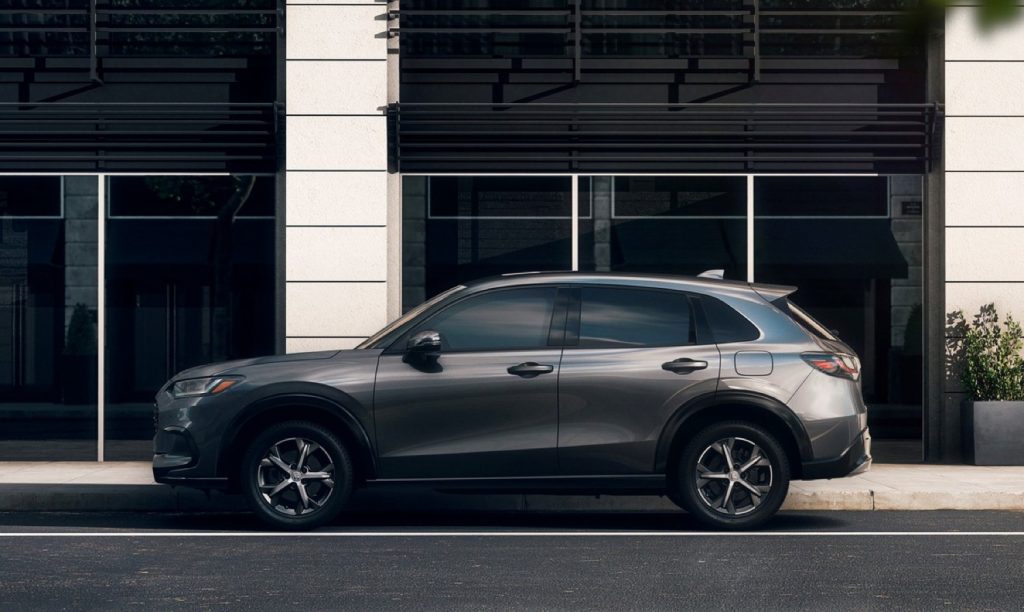 Under the new body panels, the 2023 Honda HR-V rides on the same platform as the latest eleventh-generation Honda Civic. Dimensionally speaking, the new HR-V has a longer wheelbase and wider stance than the model that came before it.

Further upgrades will include “a more responsive engine,” as well as a new independent rear suspension setup, the pairing of which promise to “give the compact SUV a more confident, refined and fun-to-drive personality.” 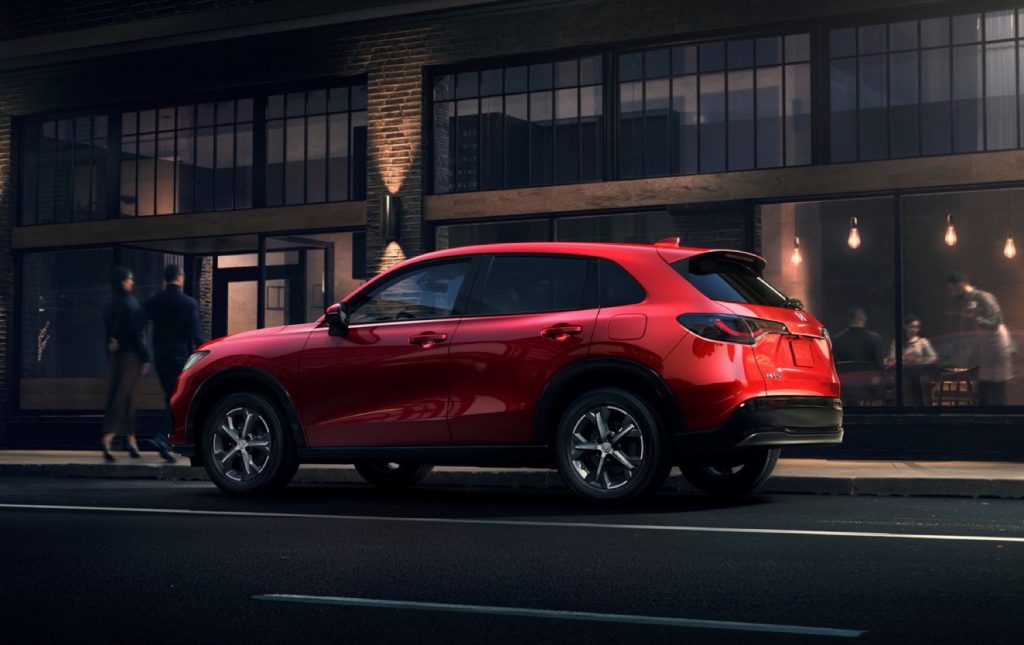 Honda declined to outline what the engine specs will be, simply stating that more information will be released at a later date. That said, rumor has it the 2023 Honda HR-V will feature the same naturally aspirated 2.0L I4 gasoline engine as the latest Honda Civic, with 158 horsepower sent through a CVT to feed either the front wheels as standard, or all four wheels as optional.

Honda says the new 2023 HR-V will launch this summer, with pricing information, interior information, tech information, and specs on the greasy bits set to be revealed around that timeframe.

The Honda HR-V has shown impressive sales success as of late, leading the Mainstream Subcompact Crossover segment last year with 137,090 units sold, an increase of 63.15 percent as compared to the 84,027 units sold in 2020.

The Chevy Trailblazer was second in segment with 90,161 units sold last year.