With this teaser, GM has confirmed that the next-generation GMC Canyon will become the second vehicle in the GMC brand’s lineup to adopt the AT4X trim after it was rolled out on the 2022 GMC Sierra earlier this year. It offered minimal details on the truck in the press release, only mentioning the off-road equipment that’s already visible in the sole provided teaser image.

“The next-generation Canyon AT4X signals the next chapter for GMC’s mid-size truck with the teaser previewing the Canyon AT4X’s badging, rocker protectors and 17-inch beadlock-capable wheels,” the automaker said. 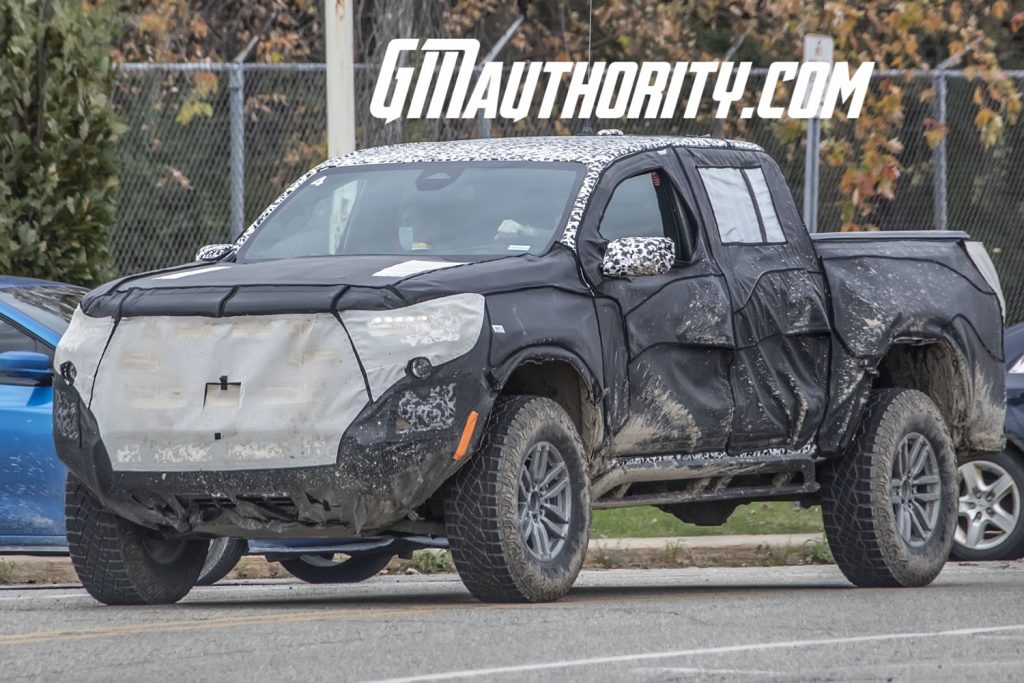 We expect the 2023 GMC Canyon AT4X to offer similar equipment to the current Chevy Silverado ZR2. That could mean the presence of the innovative MultiMatic DSSV dampers, which also appear on the 2022 GMC Sierra AT4X and 2022 Chevy Silverado ZR2, along with front and underbody skid plates and rock rails. A 2023 GMC Canyon AT4X prototype that GM Authority spied last July appeared to be equipped with these MultiMatic-developed dampers and also featured a set of rather large 33-inch 285/70R17 tires. 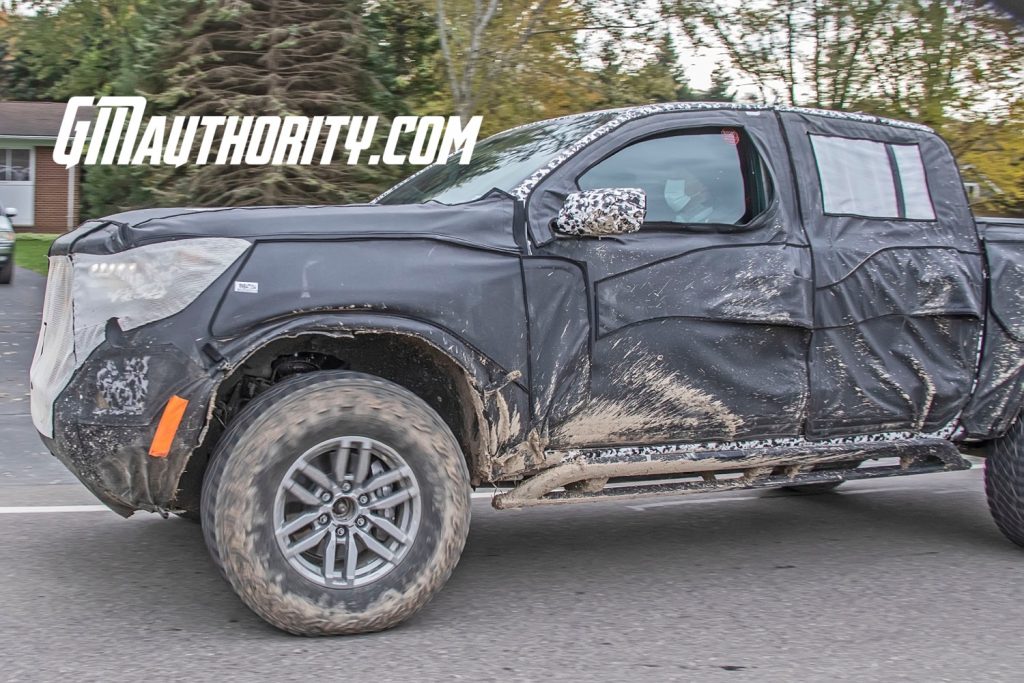 As GM Authority was first to report, the 2023 GMC Canyon will ride on an updated version of GM’s current GMT-31XX midsize body-on-frame architecture, which is expected to be referred to as 31XX-2. The vehicle will get an all-new exterior and interior, along with an all-new powerplant in the form of the turbocharged 2.7L I-4 L3B gasoline motor currently offered in the Sierra 1500. In that application, the boosted four is rated at a healthy 310 horsepower and 348 pound-feet of torque. GM’s 10-speed automatic transmission will handle shifting duties.

The next generation of GMC’s midsize pickup truck will also adopt GM’s new Global B electrical architecture – otherwise known as Vehicle Intelligence Platform, or VIP. Besides allowing for over-the-air (OTA) updates, Global B will also enable GM to utilize the latest in infotainment and active safety technologies in the pickup.

The 2023 GMC Canyon, including the Canyon AT4 and AT4X model variants, will continue to be built at the GM Wentzville plant in Missouri alongside the closely-related 2023 Chevy Colorado. GM invested $1 billion into the facility back in 2019 specifically to prepare it to build the next-gen midsize pickups.

The 2023 GMC Canyon, including the new AT4X variant, will debut this summer.