This past Sunday played host to the second running of NASCAR’s rather novel Bristol Dirt Race. The sanctioning body trucked in 23,000 cubic yards of dirt to the historic half-mile track for a fun-filled, 250-lap feature race. The race was nearly won by Chevrolet driver Tyler Reddick, however the Richard Childress Racing driver was unfortunately taken out by Ford’s Chase Briscoe on the final lap, allowing Kyle Busch to back his way into the win. While a Chevy didn’t win the rain-interrupted dirt race, the automaker still got plenty of brand exposure out of the event thanks to the pace truck. 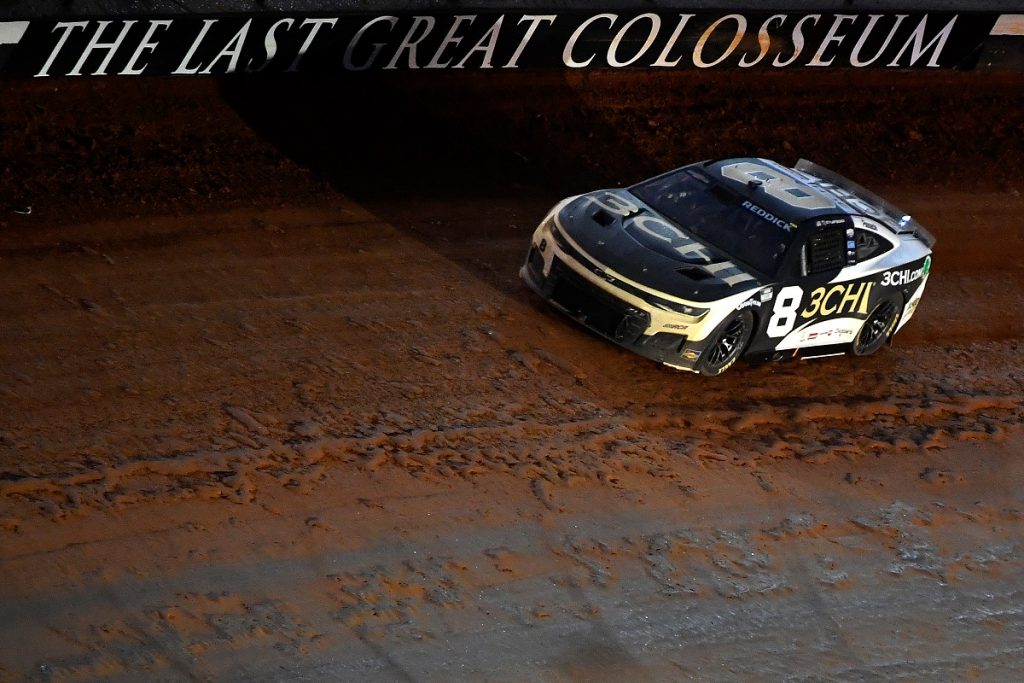 The 2022 Chevy Silverado ZR2 that led the field to green on Sunday was finished in the available Sand Dune Metallic exterior color and featured a set of ZR2-branded body side decals. The ZR2 was well suited for pace truck duties at the muddy Bristol Dirt Race, as this is an off-road-focused pickup with more capability than the rest of the Silverado lineup. Standard equipment includes Multimatic DSSV dampers, front and rear e-lockers, a high-approach steel front bumper with removable end caps and 18-inch alloy wheels wrapped in 33-inch Goodyear Wrangler Territory tires, among more.

The only powerplant offered in the 2022 Silverado ZR2 is GM’s naturally aspirated 6.2L V8 L87 gasoline engine, rated at 420 horsepower and 460 pound-feet of torque. It’s paired with a standard GM 10-speed automatic transmission and four-wheel drive.

“The latest addition to Chevrolet’s pickup lineup, the Silverado ZR2 marks the first time the off-road trim is being introduced to Silverado,” the automaker said in a statement. “Knowledge gained from off-road racing through the desert makes the new Silverado ZR2 supremely capable and confidence-inspiring truck, well-suited for controlling the field on the dirt at Bristol this weekend.” 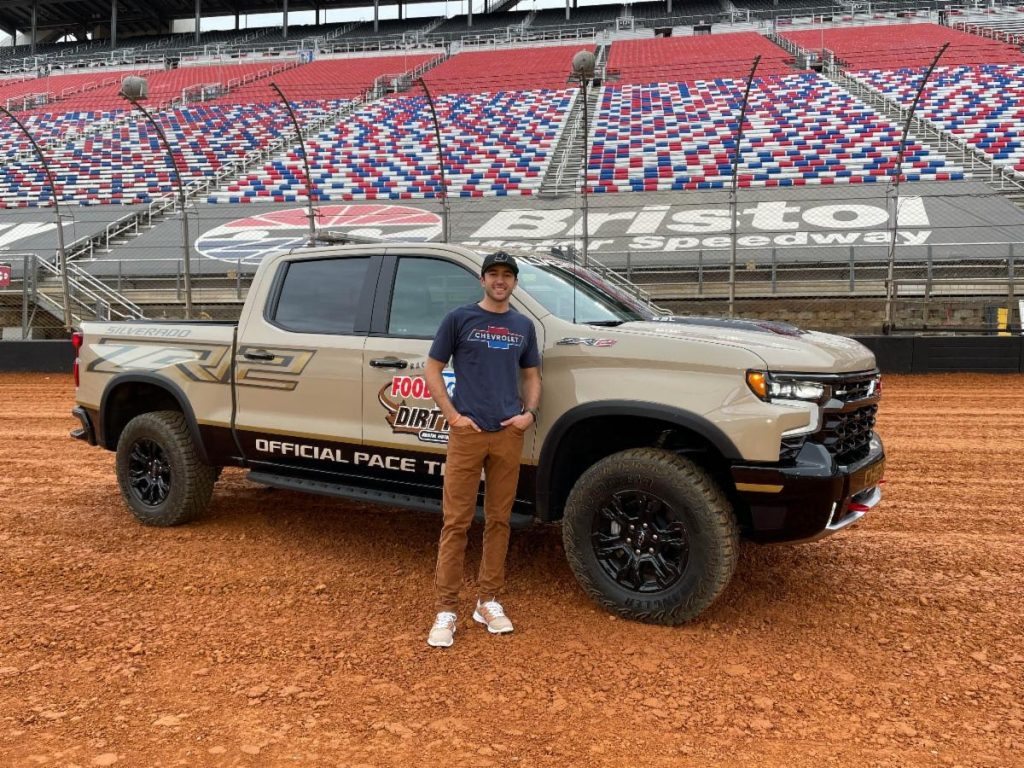 This marked the first time the Chevy Silverado ZR2 has been used as a pace vehicle and perhaps the last, seeing as the off-road truck is unlikely to be called up to pace future races at paved tracks. Perhaps it will be put into service at next year’s Bristol Dirt Race – assuming NASCAR will continue to host this somewhat polarizing event in the future.