The Chevy Corvette for 1984 was a complete redesign in most every way, with only the Cross Fire Injection V8 carried over. Reception from the motoring press was positive to say the least, with many proclaiming the new Vette the best handling car on the market. The suspension now utilized front and rear transverse leaf springs. The new car had better ground clearance than the previous generation, but a lower overall height and lower center of gravity. The dash was a fully digital and liquid crystal display, the seats were designed to comfortably hold driver and passenger in place, and the rear hatch allowed access to a generous luggage compartment. 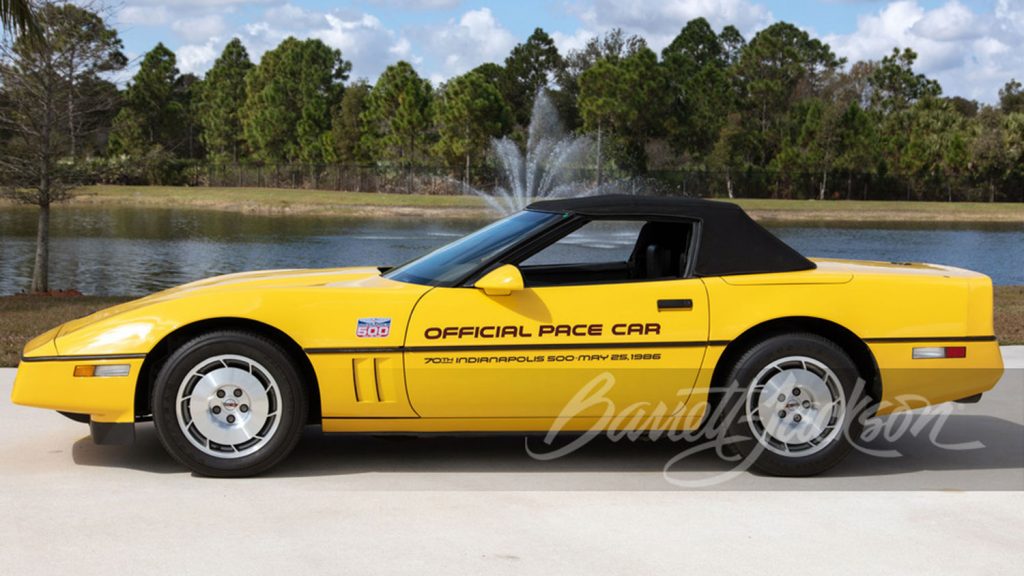 A convertible offering returned to the Chevy Corvette lineup for the 1986 model year, for the first time since 1975. The Corvette, in its new convertible guise, was again selected to pace the Indianapolis 500, and as such all Corvette convertibles were designated Indy Pace Car replicas, irrespective of color or option content. All the convertibles came with the Pace Car decal package, but the actual Pace Car was yellow. 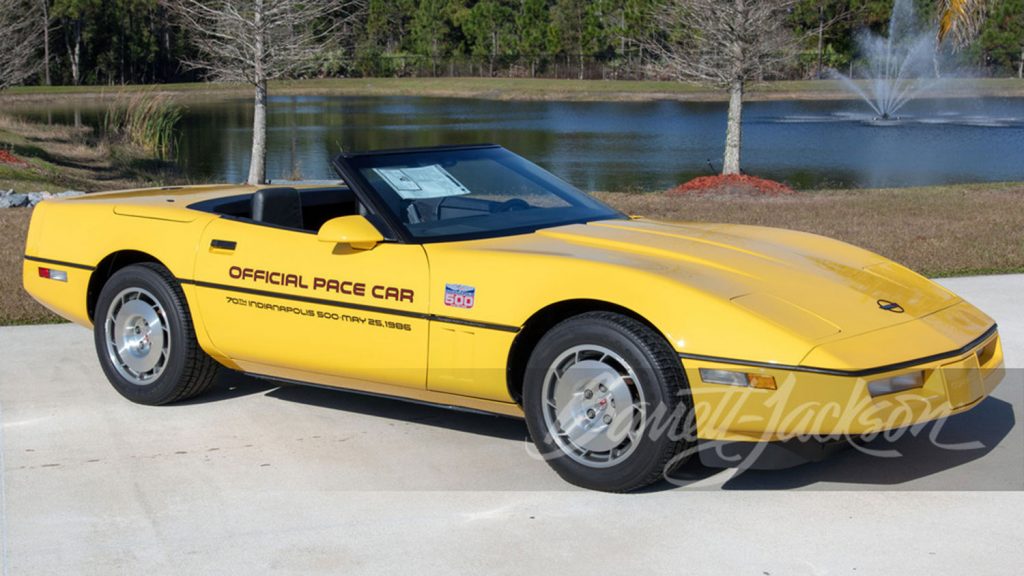 The Chevy Corvette for 1986 was powered by the L98, a 350 cubic-inch, iron-block, aluminum-head V8 producing 235 horsepower. The L98 was fed by Bosch Tuned Port Injection, introduced for the 1985 model. 1986 was also the first year for standard Anti-Lock Braking, another Bosch designed feature. Center High Mounted Safety Lights were also introduced on the Corvette in 1986, with the light mounted above the rear hatch window on the coupes, and at the top of the rear fascia on the convertibles. 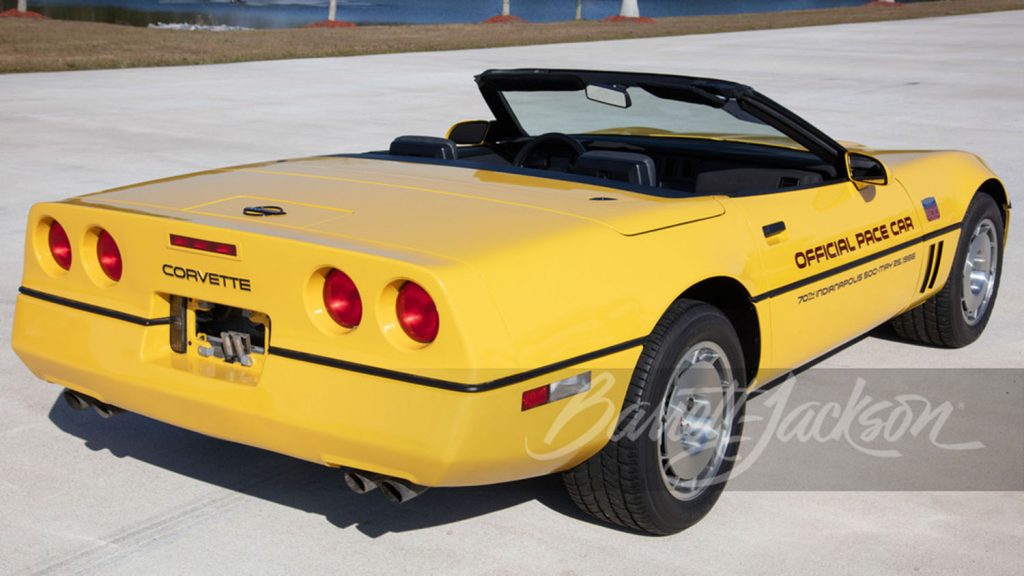 Our feature 1986 Chevy Corvette Pace Car is bright yellow, one of just seven hundred thirty-five produced in this color. It has accumulated just 9,325 miles from new, and has been kept in climate-controlled storage. The soft top is a black cloth material, and the interior is finished in Graphite Gray leather. Well equipped with power steering, power brakes, power windows, power locks, power mirrors, Delco-Bose AM/FM Cassette, and the iconic digital “Star Wars” dash. This sale of this Corvette Pace Car included the original window sticker and build sheet. 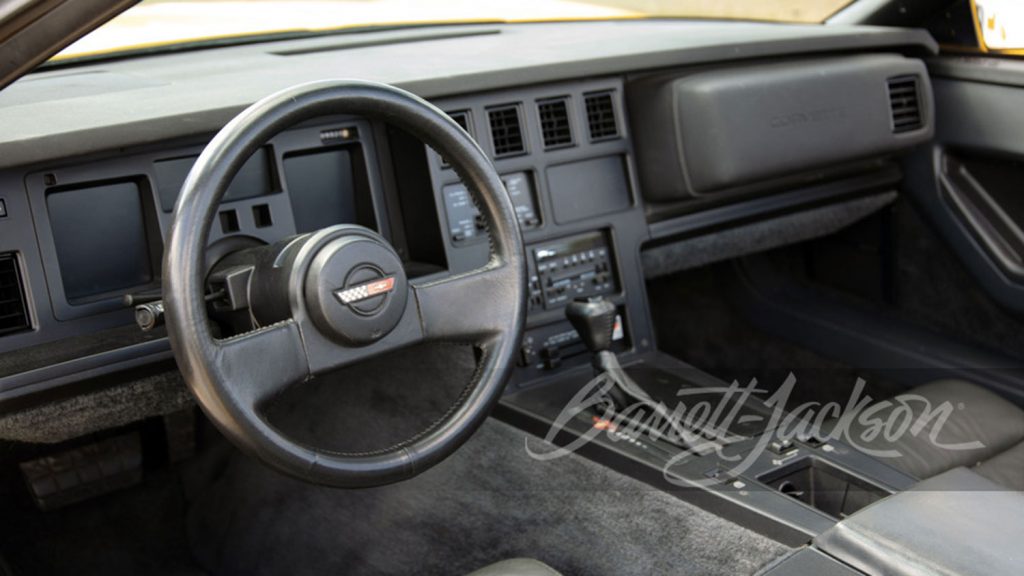 This 1986 Chevy Corvette Pace Car was sold along with a 2009 Shelby GT500 Super Snake, at the Barrett-Jackson Palm Beach event last week. The pair managed to rake in an astonishing $880,000, with all proceeds going to charity. 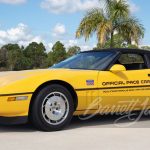 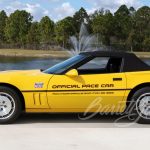 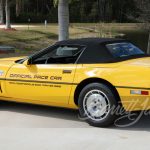 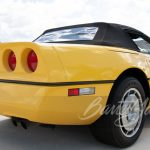 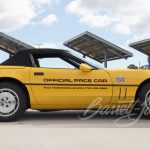 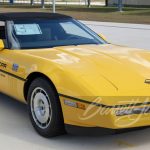 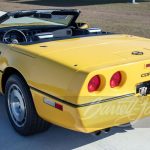 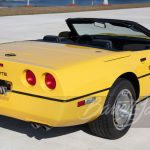 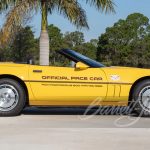 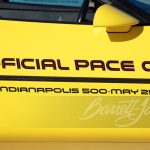 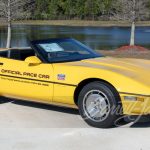 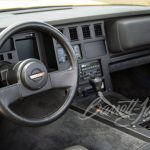 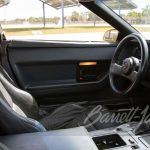 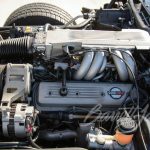