The Oldsmobile 442 option package for the Cutlass was introduced in April of 1964. The 4-4-2 name came from the four-barrel carburetor, four-speed manual gearbox, and dual exhaust. The 442 option was based on another package, the B09 Police Apprehender Pursuit pack that gave the Cutlass another twenty horses, a hotter cam, beefed-up suspension, redline tires on six-inch-wide wheels, badging and more. The 442 would remain an option package until it became a standalone model for the 1968 model year. 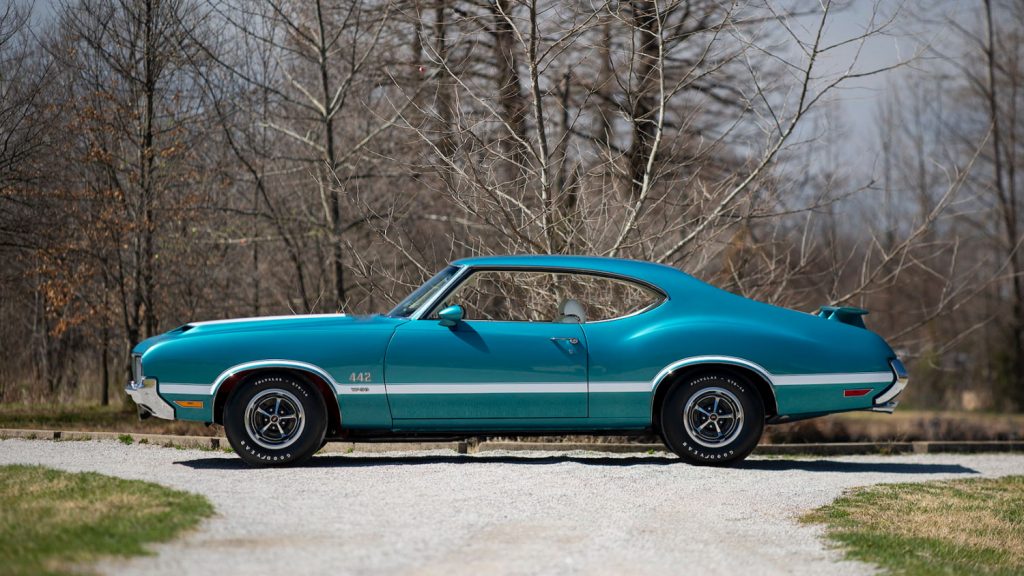 Mandatory emissions regulations, economy standards, and insurance companies reluctant to insure big power muscle cars would all conspire to make 1970 the final year for full power factory hot rods. Rather than fizzle out, GM elected to go out like warriors, lifting their internal ban on engines in excess of four hundred cubic inches in mid-size cars. This paved the way for the 455 cubic-inch Big Block V8 to be stuffed in the Oldsmobile 442, with output rated at 365 horsepower. It’s worth noting that the Cutlass had been equipped with a 455 cube V8 in 1969 as part of the Hurst/Olds package, but it could be had in any midsize offering for the ’70 model year. 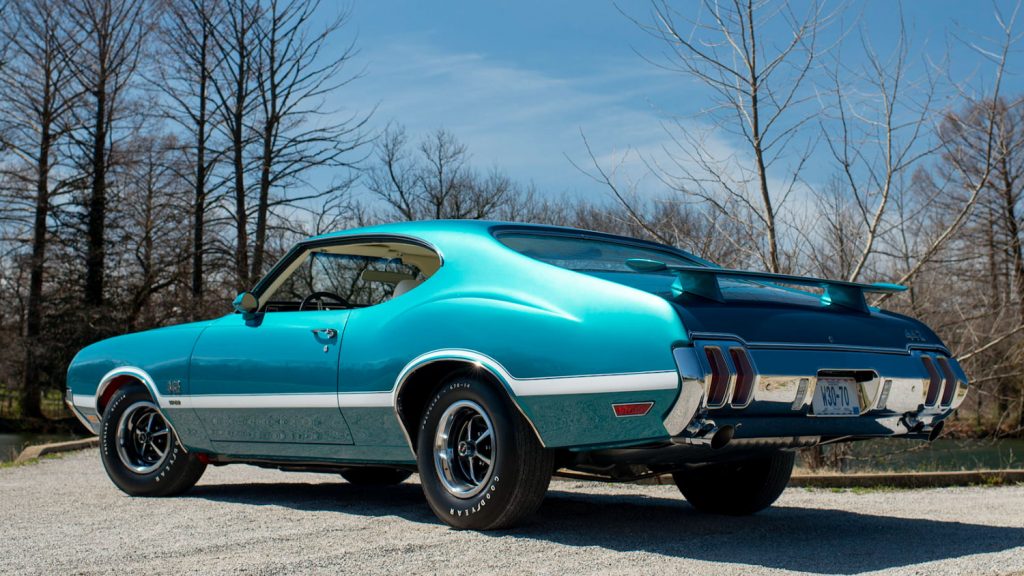 Other changes to the Oldsmobile 442 for 1970 included a silver grille with vertical bars, rectangular front bumper parking lights, and vertical tail lights. But the option of note for those in the know was the W-30 option package, which added the “Select-Fit” engine components, a W25 fiberglass hood with air induction through functional scoops, a low-restriction air cleaner, Winters aluminum intake, and a longer-duration, higher-lift cam. A heavy-duty, close-ratio four-speed manual transmission could also be had. The Rocket 455 was rated at 370 horsepower and a staggering 500 pound-feet of torque. 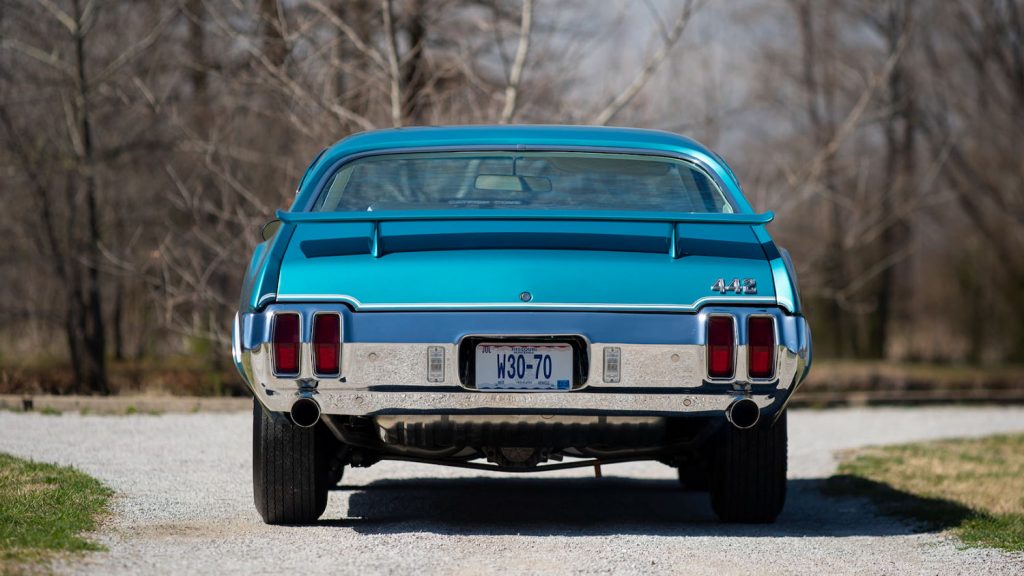 Our feature 1970 Oldsmobile 442 W-30 hardtop has covered just over 45,000 miles from new. It has been the subject a recent frame-off, concours-quality restoration by marque specialist Jim Novelli. The 442 has received a high-quality respray in its original special order Aegean Aqua with white stripes over a new white interior with black carpets. One-year-only clamshell rearview mirrors are mounted on both doors and the factory wing is mounted on the rear deck lid. Painted steel SS wheels are trimmed with polished trim rings and wrapped in raised white-letter Goodyear Polyglas bias ply tires. 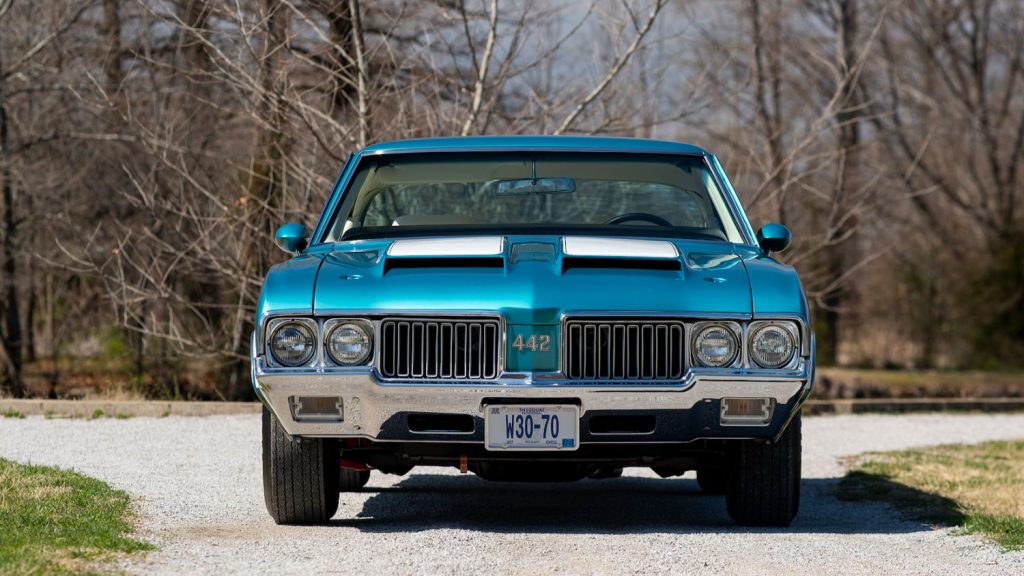 Inside, the Oldsmobile 442 is trimmed in the aforementioned white vinyl with black carpets covering the floors. A chrome Hurst shifter is topped with a black shift ball. The woodgrain dash is home to crystal-clear Tic-Toc and Rally pack gauges, climate controls, and an original looking AM/FM stereo that has been upgraded with Bluetooth connectivity. The 442 equipped with power steering, tilt column with sport steering wheel, bucket seats, center console, rear defogger, and an electric trunk release. 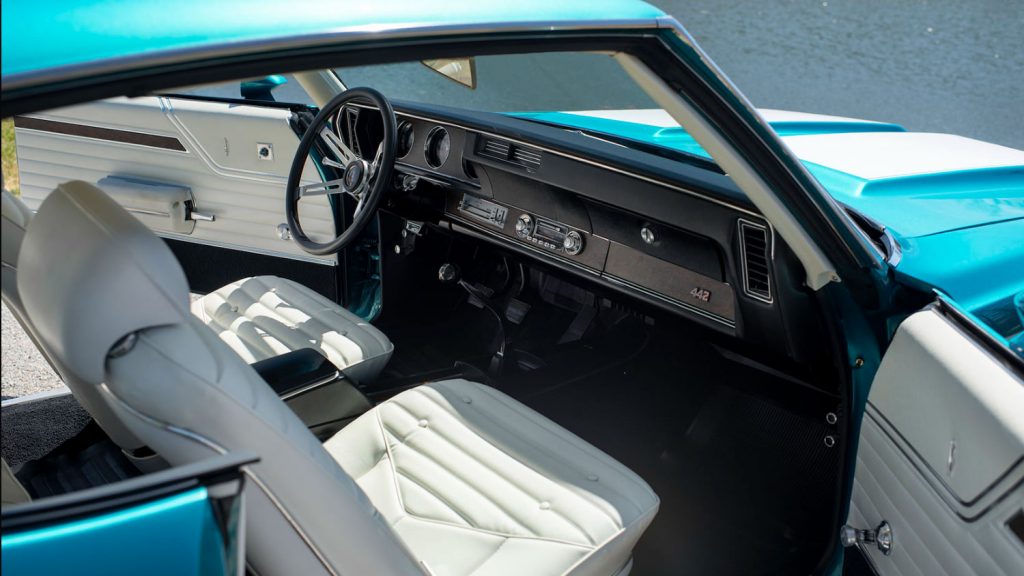 The engine compartment on the Oldsmobile 442 is showroom spotless. The foam crush ring that seals the intake to the cowl induction hood shows only minor creasing. The matching-numbers 370-horsepower 455 cube V8 mill retains its correct heads, distributor, alternator, QuadraJet four-barrel carb, and aluminum intake. Backing the mighty 455 is a four-speed manual transmission and rebuilt Positraction rear end with the correct W27 cover. 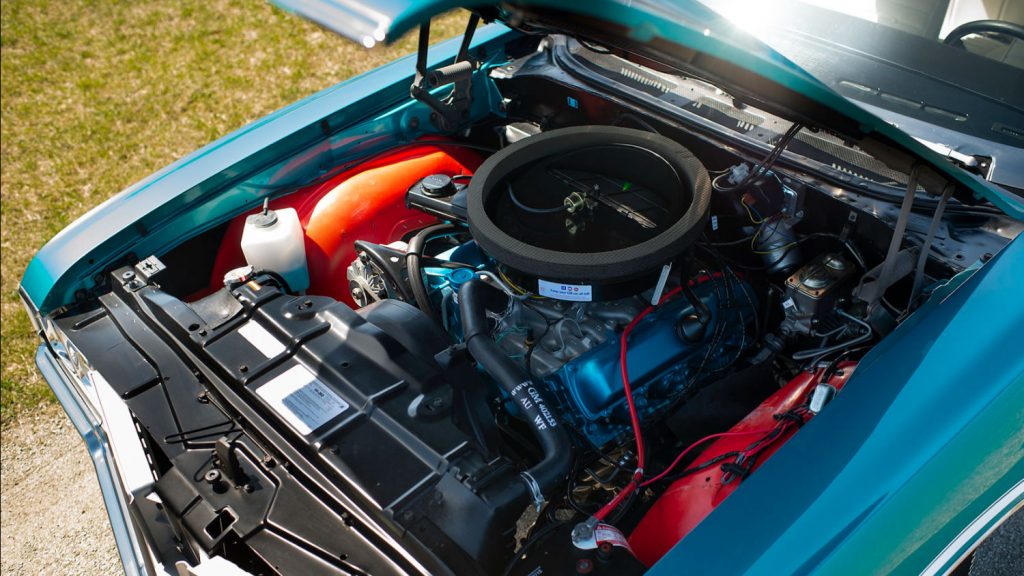 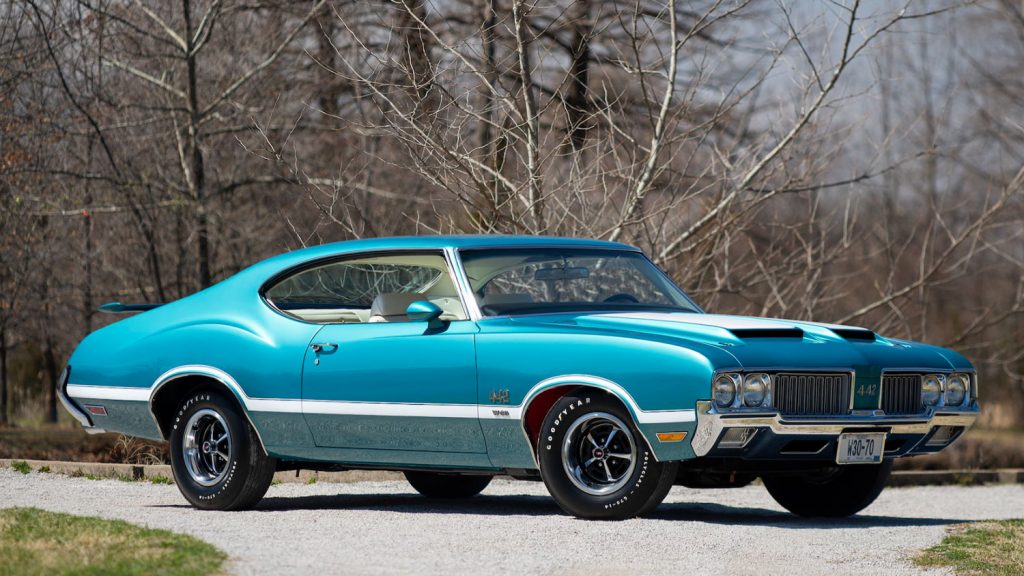 The sale of this Oldsmobile 442 includes the original broadcast sheet, dealer sales order, window sticker, dealer warranty book, Protect-O-Plate, owner’s manual, and complete ownership history. It will be crossing the Mecum Auctions block at their Indy Spring Classic May 13th through the 21st at the Indiana State Fairgrounds. 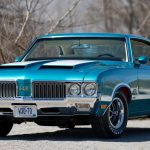 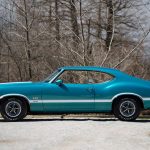 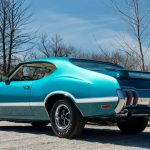 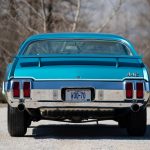 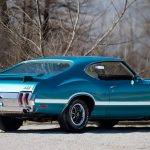 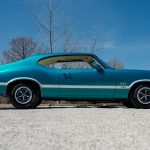 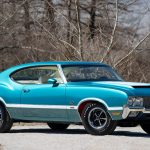 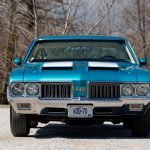 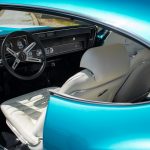 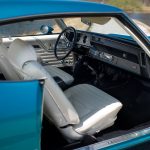 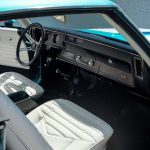 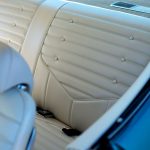 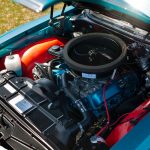 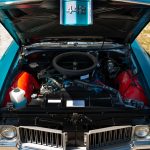 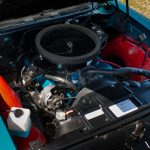