The Chevy II bowed for the 1962 model year as a direct competitor for the Ford Falcon. Among the names suggested for the new car was the Chevy Nova moniker, which lost out as it did not start with the letter “C.” Nova became the name for the Chevy II’s top trim level. 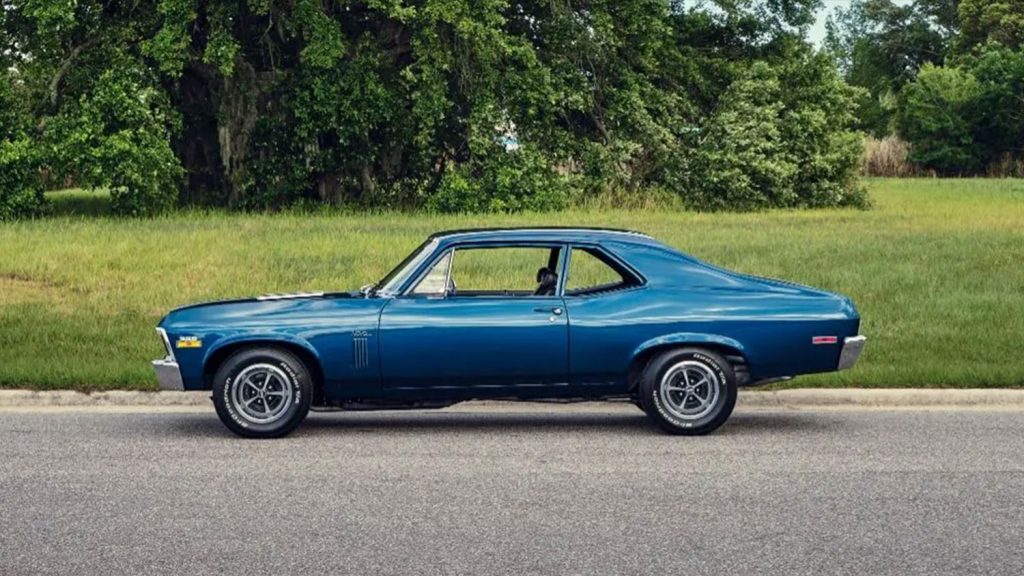 The Chevy II sobriquet lasted until the 1969 model year when the car became known as the Chevy Nova, following a clean-sheet redesign for 1968. The new design featured a longer 111-inch wheelbase, just an inch shorter than the midsize Chevelle two-door hardtop. Power brakes and steering were available options, as well as air conditioning, rear shoulder belts, and headrests. 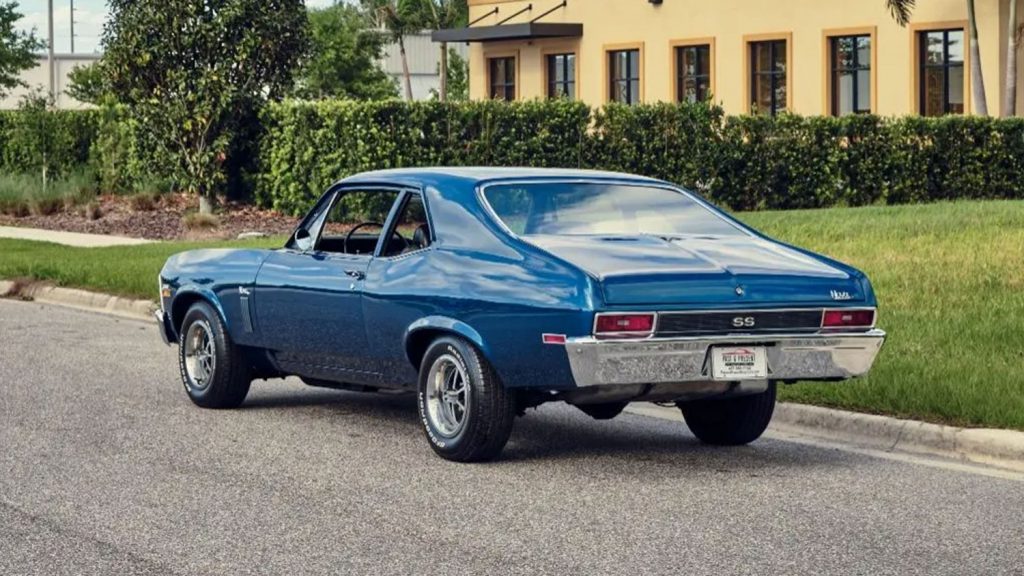 The Chevy Nova could be optioned with number of available Small Blocks, including the 300-horsepower 350 cubic-inch V8 that came standard in the Nova SS, but nothing else came close to the car Hot Rod magazine called “The Ultimate Street Sleeper,” the 375-horsepower 396 cubic-inch L78 Big Block. 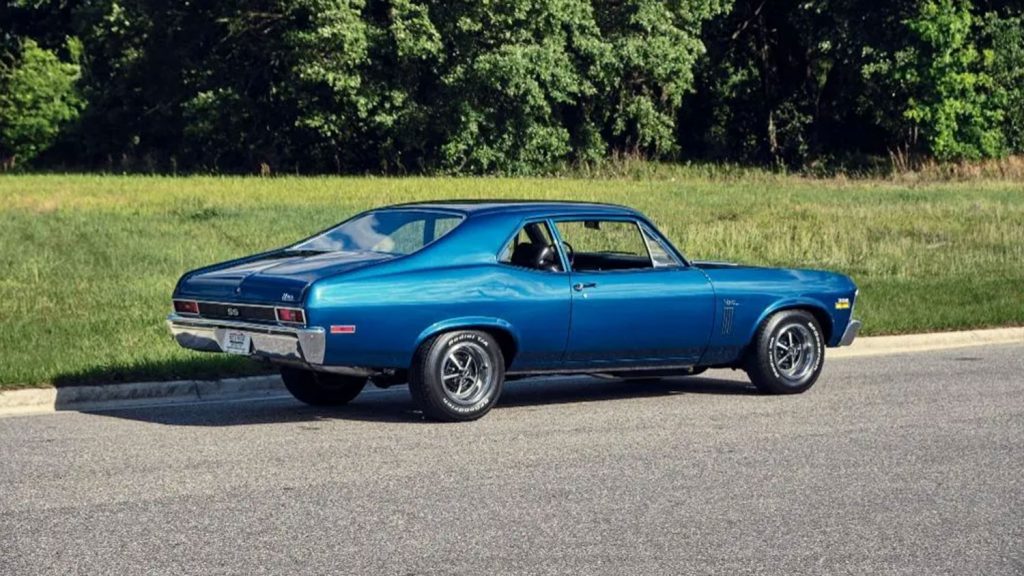 Our feature 1970 Chevy Nova SS is finished in its factory Fathom Blue hue over black vinyl. It was restored in 2022, including a bare-metal respray. It features a blacked-out SS grille, bumpers that appear to have been re-plated, “396” fender badges, and a chrome driver-side mirror. Super Sport wheels wear raised white-letter BFGoodrich Radial T/As. Power brakes with front discs attend to stopping duties. 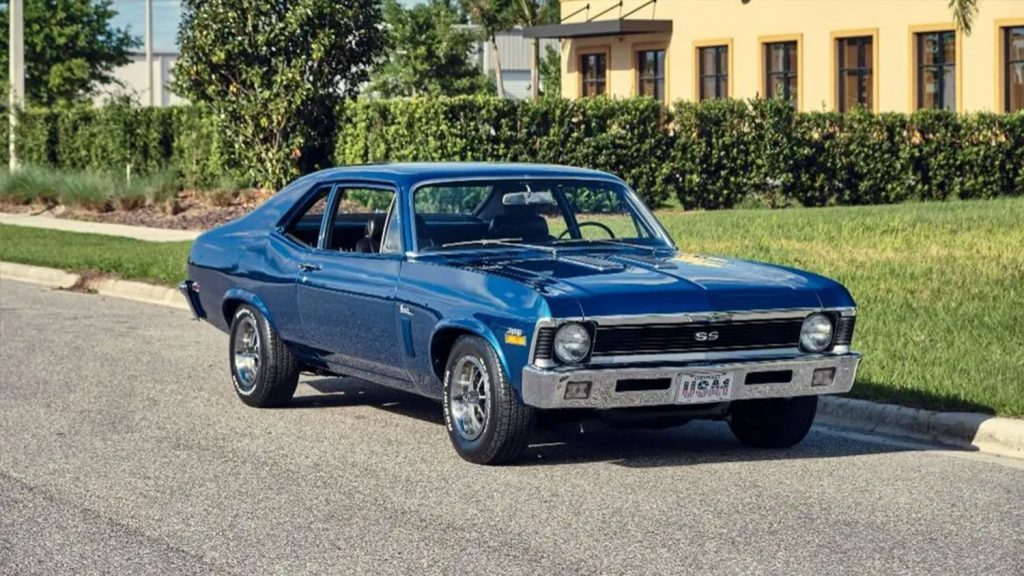 Inside, the Chevy Nova SS sports a black vinyl bucket seat interior with a center console. It is equipped with a heater, polished door sills, manual windows, and a Delco push-button AM/FM radio. The dash is home to a 120 mph speedo, tach, and gas gauge. All the gauges are crisp and legible. 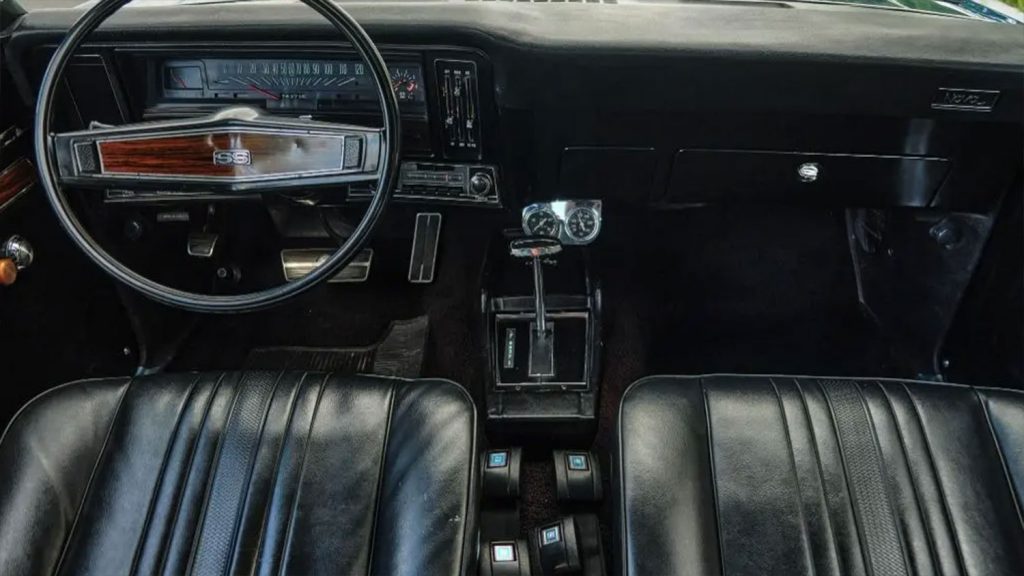 Beneath the hood, the Chevy Nova SS is equipped with its matching-number 396 cubic-inch Big Block fed by a four-barrel carb, and producing 375 horsepower. Backing the rat motor is a Turbo Hydramatic three-speed automatic transmission, and a twelve bolt Positraction rear end with 3.55 gears. 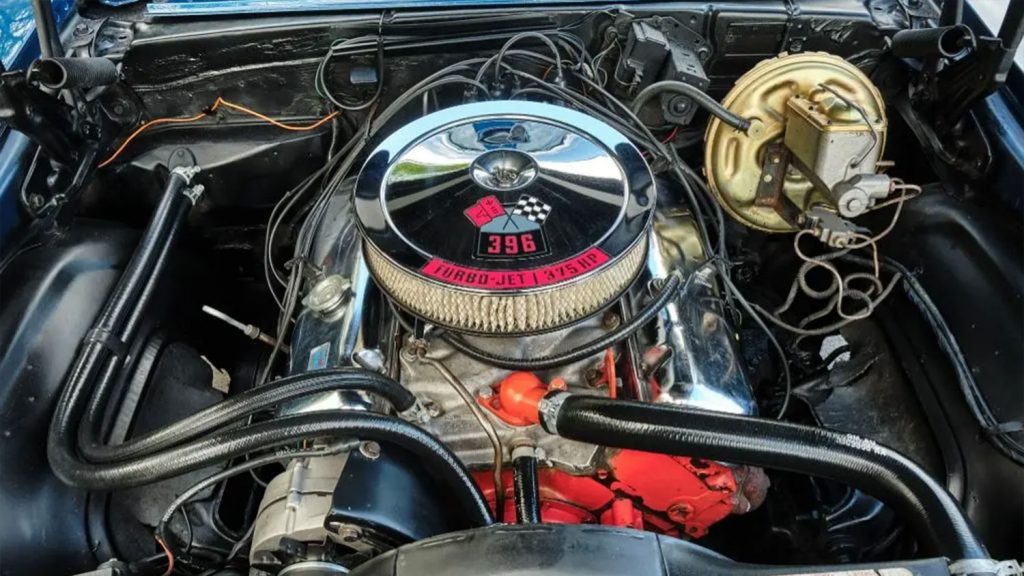 This Chevy Nova SS is offered with an NCRS Shipping Data report, original broadcast sheet, the Protect-O-Plate, manufacturer’s literature, and a clean Florida title. It is featured on Bring a Trailer with the auction ending mid-day on Tuesday, April 26th. 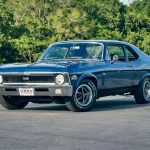 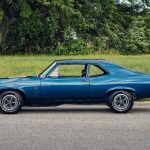 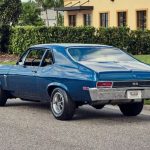 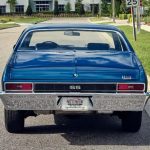 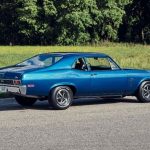 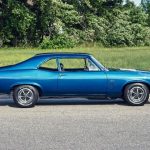 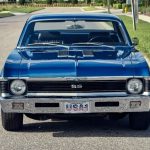 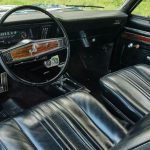 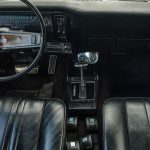 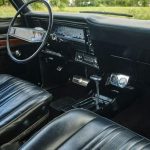 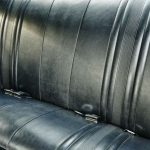 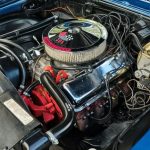 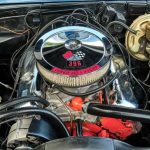 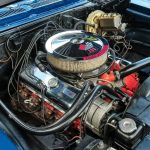