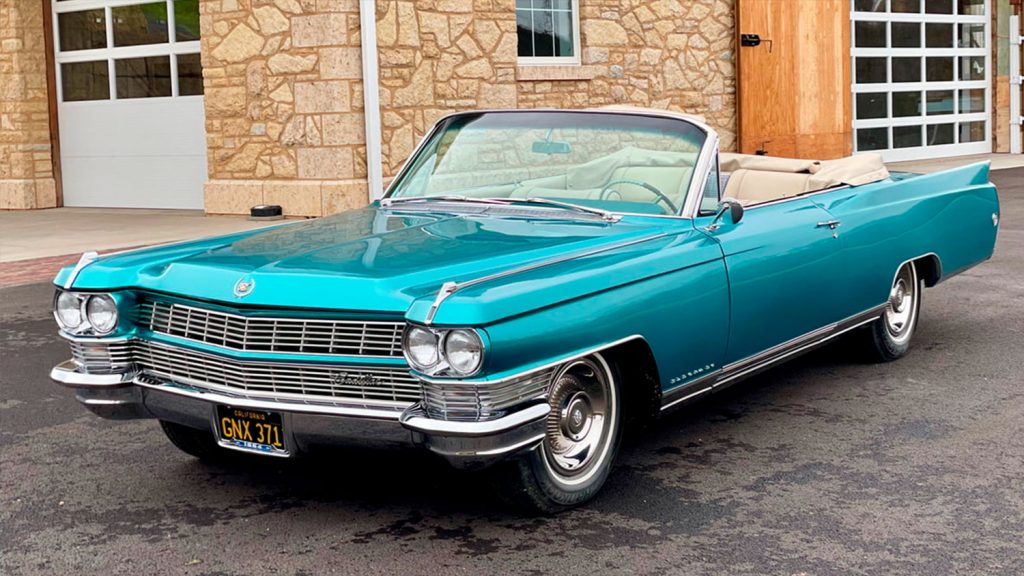 1963 marked the beginning of the sixth generation for the Cadillac Eldorado. Along with the Sixty Special and the Series 75, the Eldorado Biarritz rounded out the trio of Cadillac offerings clad with Fleetwood bodies, carrying the Fleetwood wreath and crest on its rear quarters and rocker panel moldings. The 1963 Eldorado Biarritz marked the first time a Fleetwood bodied convertible had been made since before World War II. 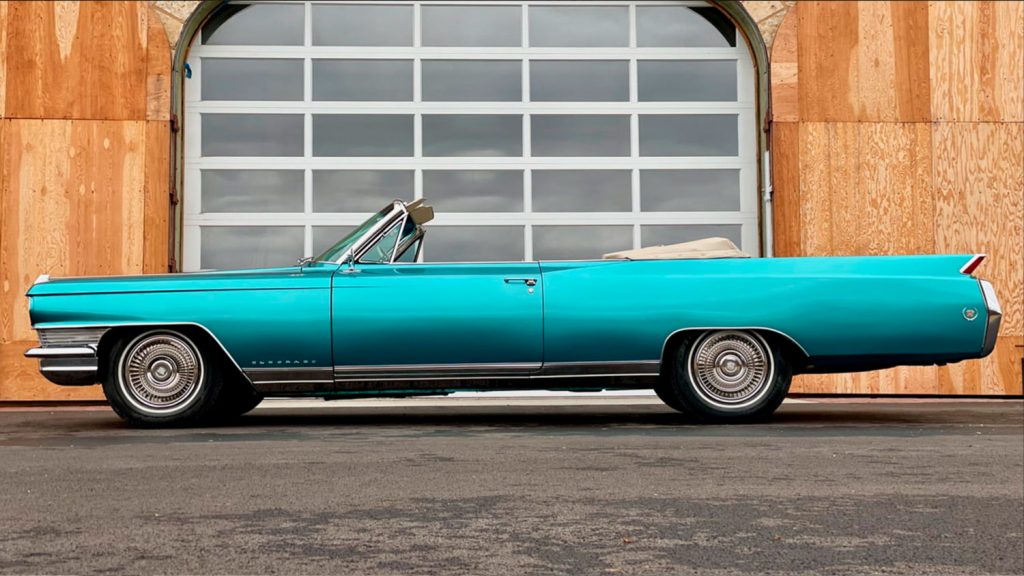 The 1963 Cadillac Eldorado featured a completely redesigned body, with a cleaner, bolder appearance. Front fenders were elongated while the rear tailfins were more subdued resulting in a lower profile. The profile sculpturing was muted, and the grille was taller. The list of available options was extensive, with one hundred forty-three appointments to personalize your Eldorado to taste. 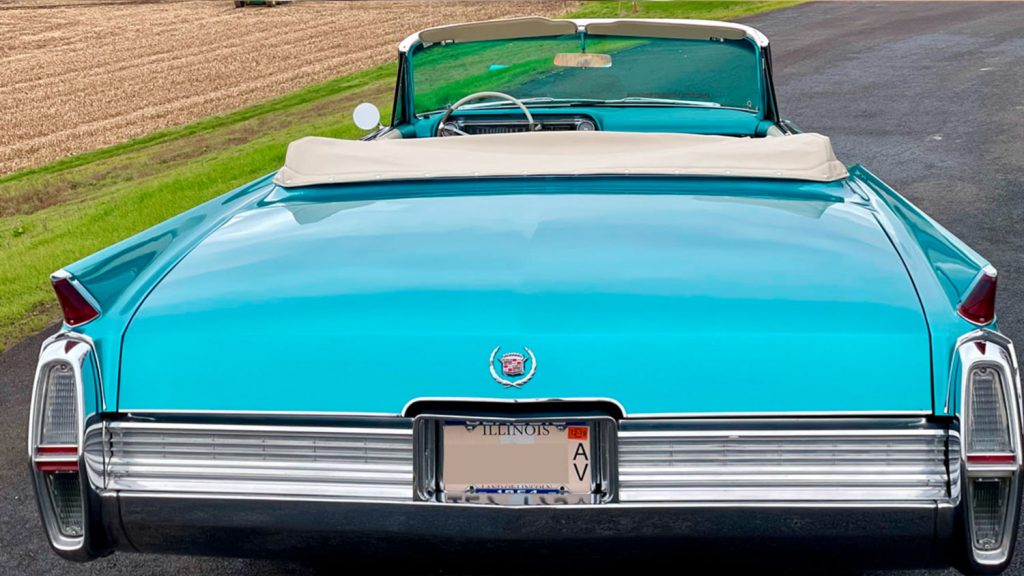 For the 1964 model year, the Cadillac Eldorado received a mild facelift. The V-shape in the grille was more pronounced, with a horizontal body-colored bar splitting the upper and lower portions. The tailfins were slightly revised. The engine grew from 390 cubic inches to 429 cubes, producing 340 horsepower and backed by the new Turbo-Hydramatic transmission. An industry-first completely automatic climate control system called Comfort Control was introduced. 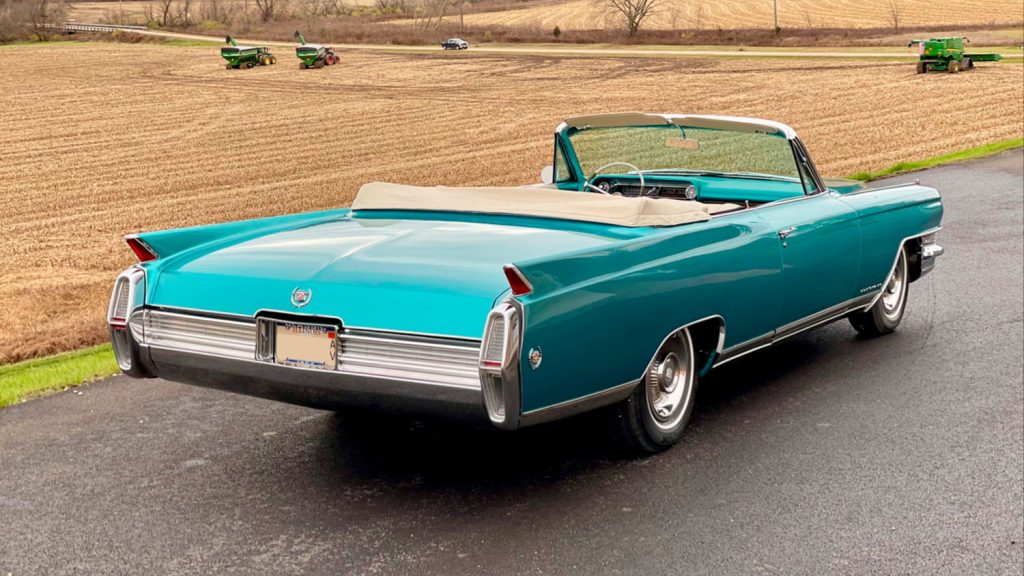 Our feature Cadillac Eldorado convertible is one of only 1,870 produced for the 1964 model year. It has had a frame-off restoration with a high-quality respray in Firemist Aquamarine Metallic over a cream interior and matching convertible top. It is equipped as one would expect with air conditioning, power windows and vent windows, power locks, power seats, power convertible top, power antenna, signal seeking AM/FM radio, and tilt steering column. 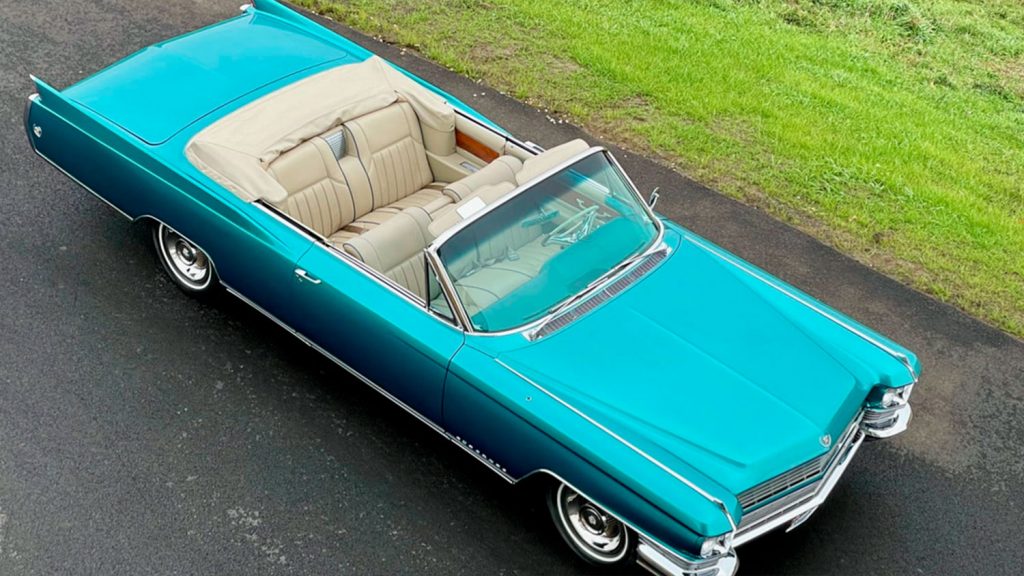 The Cadillac Eldorado is resplendent in Firemist Aquamarine Metallic paint that shows plenty of attention was paid to prep and application. Chrome bumpers and trim appear to have been re-plated or replaced. Stainless and other brightwork is quite brilliant. Painted steel wheels wear Cadillac turbine-style hubcaps and thin whitewall rubber. The canvas convertible top is a spot-on match for the ivory interior. 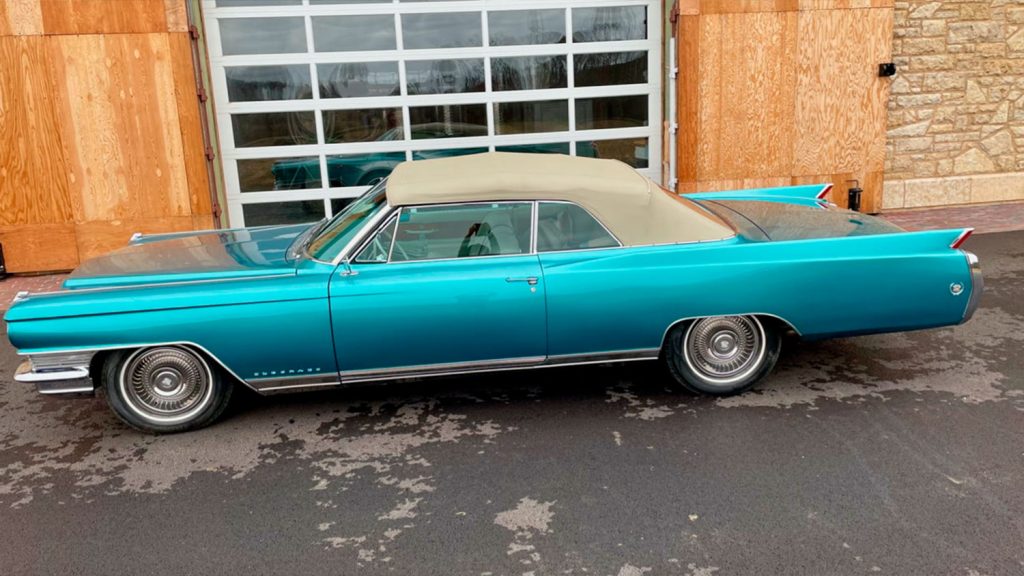 Inside, the Cadillac Eldorado has no appreciable signs of wear. The seats show only minor wrinkling, and the carpets are as new. There are no cracks or fading noticed on the dash pad, the dash has been repainted, and the gauges are clear and legible. The wood trim on the dash and doors has been beautifully refinished. 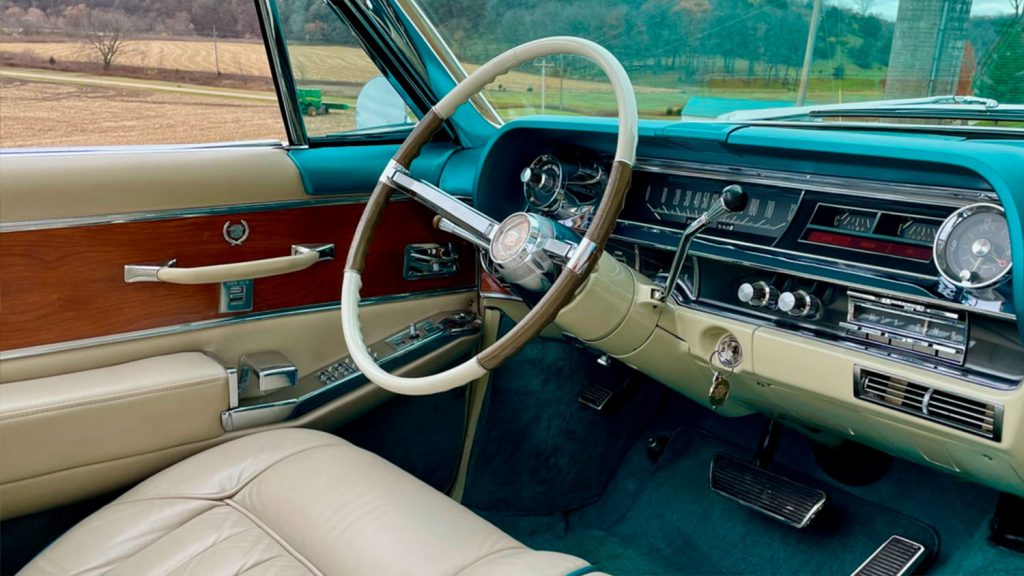 Beneath the hood of the Cadillac Eldorado, the engine bay is highly detailed and polished. The 429 has been reassembled with correct components, and looks as if it just rolled off the assembly line. 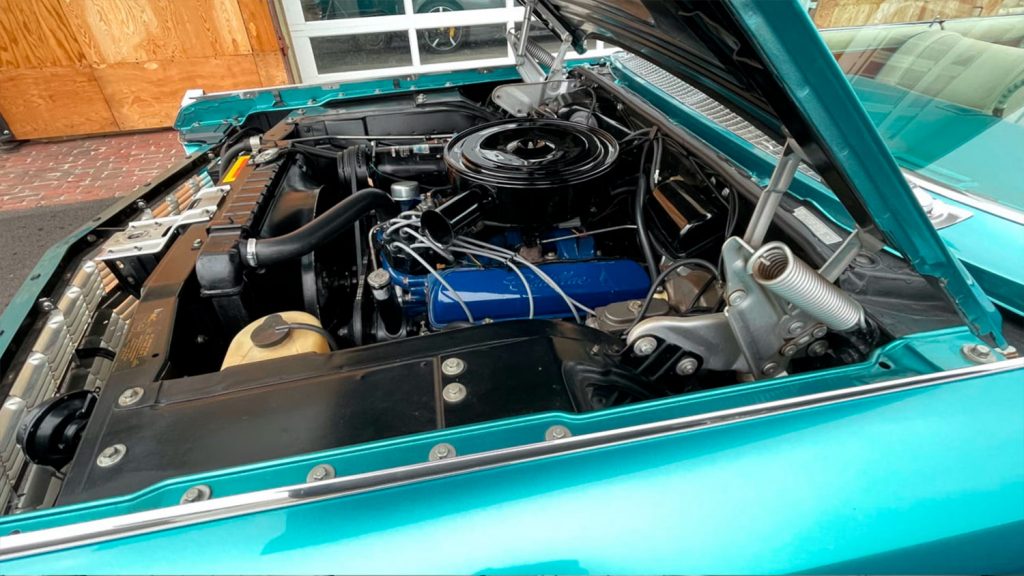 This 1964 Cadillac Eldorado convertible will cross the Mecum Auctions block at their Indy Spring Classic taking place May 13th through the 21st at the Indiana State Fair Grounds. 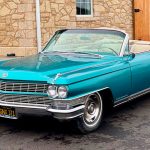 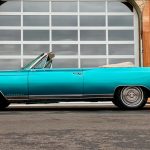 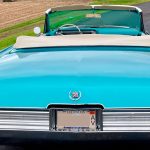 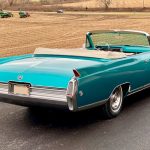 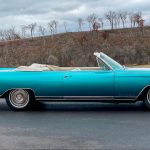 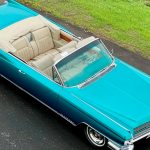 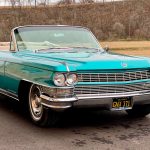 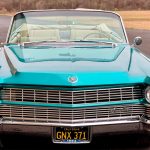 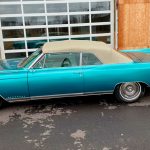 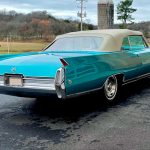 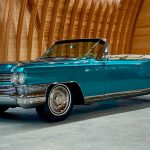 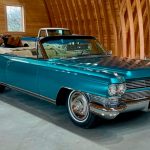 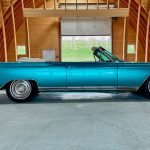 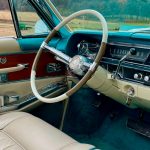 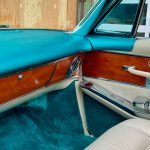 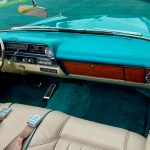 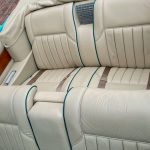 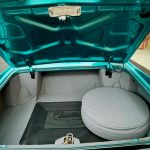 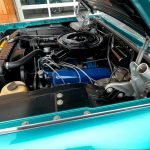 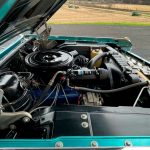